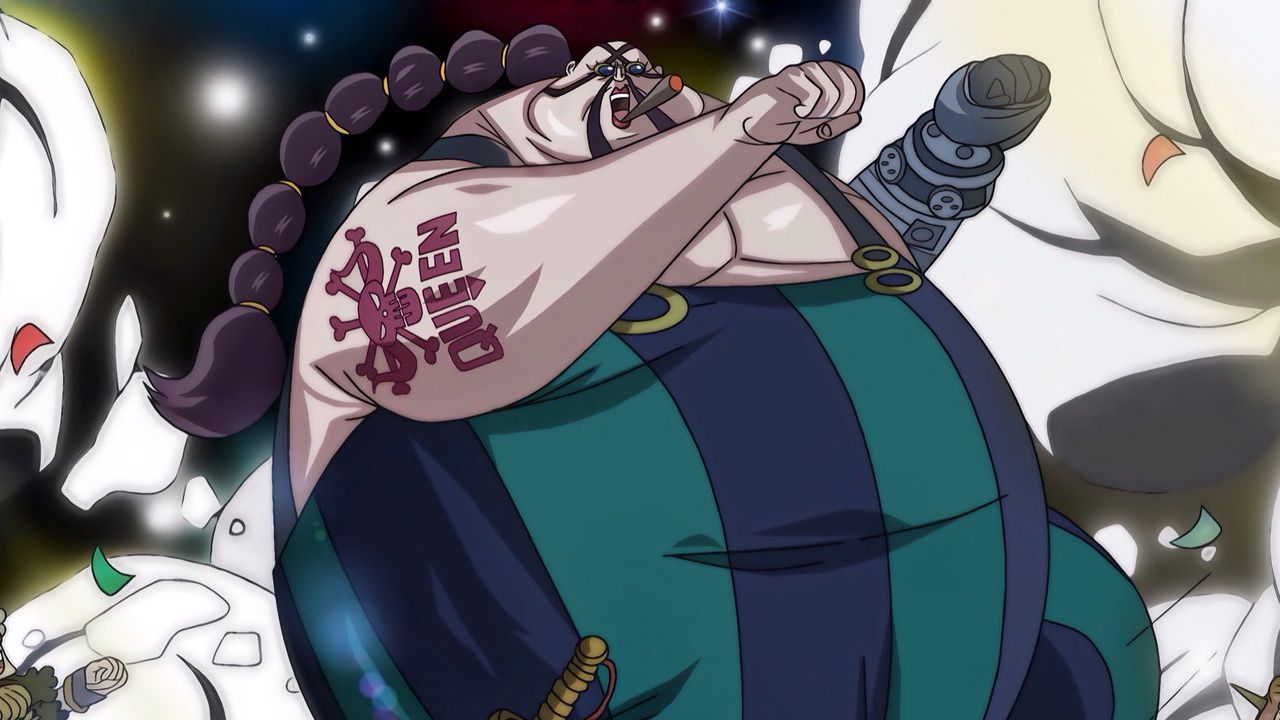 The last chapter of ONE PIECE reveals details of what appears to be an artificial virus Queen created. Her name is Kori Oni. Let's see what it turned out.

On the previous pages of the manga by Eiichiro Oda We had seen some samurai affected by it Queen's machine gun, one of the all-stars of the Pirates of a Hundred Beasts, heard more pain than normal. As the story progresses, we are now witnessing the real effects of the virus contained in the bullets of the evil pirate's weapon: the unfortunate warriors actually felt their bodies freeze and then turned into what appears to be real Oni, or the ogres of Japanese folklore. The effects of the virus are not limited to this, as we are not only contagious but also learn that it unfortunately causes an increase in ferocity and muscle mass in amounts unsustainable to an ordinary human being. bring the infected to death within an hour.

With the spread of the plague in the Onigashima stage, the perfidious creator of the virus staged a for his own amusement Manhunt: He entrusts the antidote to Scratchmen Apoo and locks everyone in the square for a kind of deadly game in which the protagonists only save their lives if they take possession of the cure.

For a more general in-depth analysis of Chapter 994 of ONE PIECE, see our article. I also remind you that the official Twitter account is counting down to the wait for Chapter 1000 of ONE PIECE.

What do you think of Chapter 994 and the Queen's terrible weapon? Let us know with a comment.

A monster princess for minors in this one-punch-man cosplay