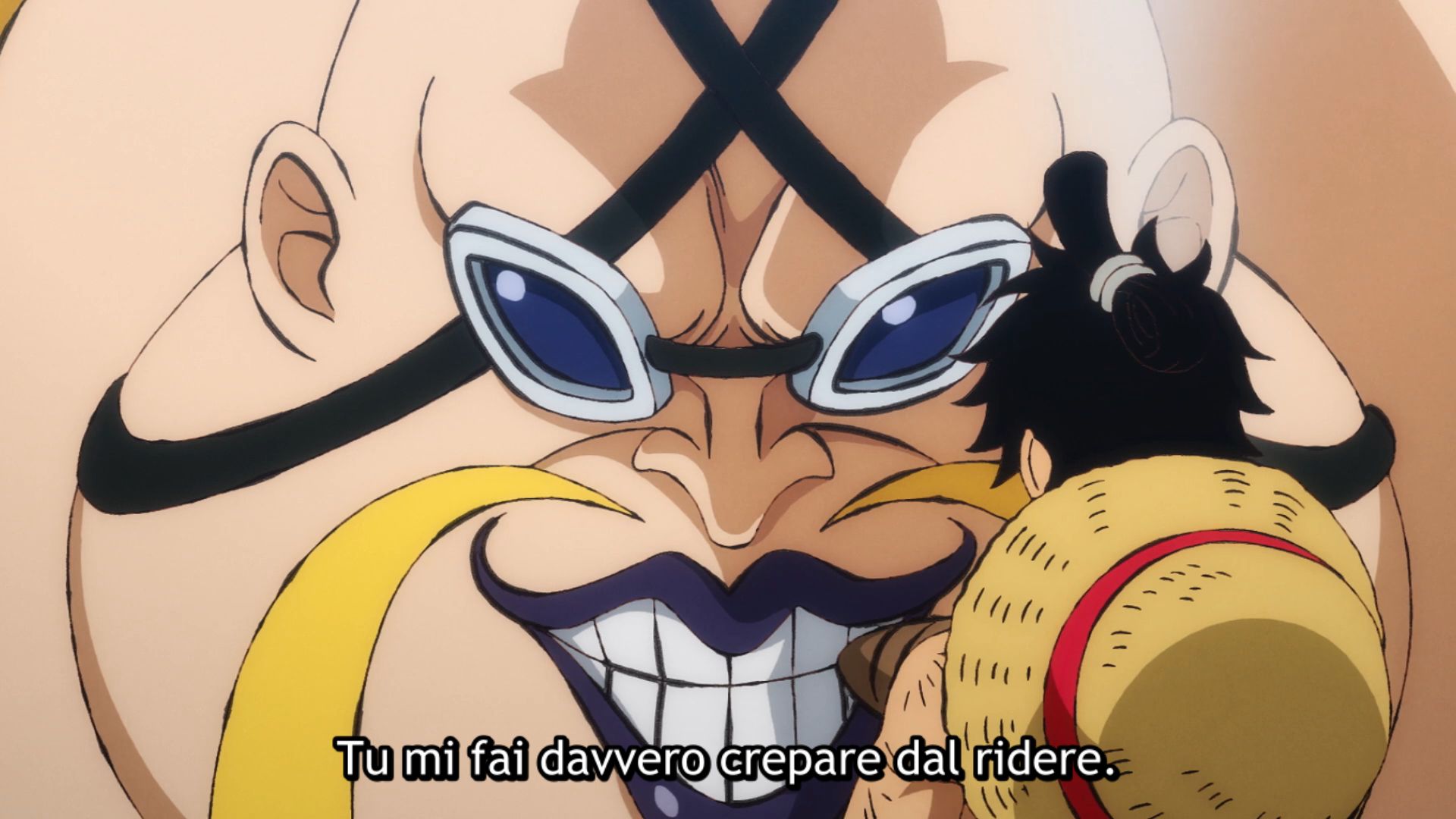 All of the men in Kaido's crew have devil fruit, almost all of the Zoo Zoo type. Some, as we learned from in the latest saga ONE PIECE, they have it original, while others have devoured a SMILE, that's a Fruit of the devil Artificially created by Caesar Clown, Doflamingo and the Emperor.

If even the low-ranking men of the emperor's crew had a fruit, it would be inconceivable that the big boys like the three disasters would not have it. We have already seen Jack in the mammoth version and King in the pterodactyl version. therefore only the queen was missing. The tall blond man is busy with the protagonist of in prison ONE PIECEbut an unexpected arrival forced him to use all his strength.

While a battle continues in the flower capital, where we also saw Sanji VS X-Drake, Big Mom goes to jail. The empress wanted to get her hands on Shiruko, a dish made from red beans. At the sight of the woman, the queen cannot help but react and transform and reveal that she did it ate a devil fruit that turns him into a brachiosaurus.

The skin stays pink while some parts of the body turn orange and there is no shortage of mustache and blonde hair. The white-gray overall, on the other hand, adapts to the body size without breaking. Did you like that? Conversion of the Queen into ONE PIECE?