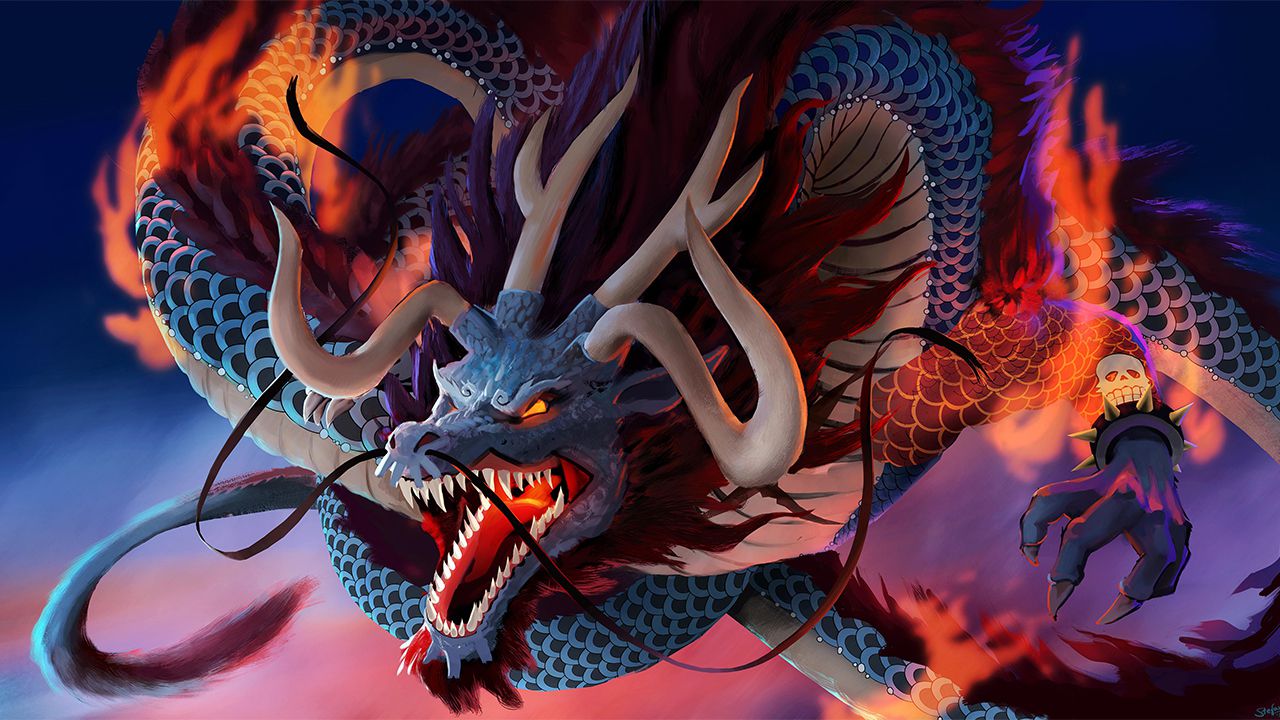 ONE PIECE is ready to return after a long and unexpected pause. The expected 14-day stop is finally over and fans can pick up one of their favorite stories in the next issue of Weekly Shonen Jump, scheduled for Friday the 16th due to an early release due to a holiday next Monday.

After the few spoilers from ONE PIECE 992 a few days ago, we see a full recap and some brand new pictures. The ONE PIECE 992 Title is "Remains" and on the color side there are the Mugiwara on board a sea train who want to eat.

The chapter starts with Big Mom, Perospero and Marco. The latter two have decided to temporarily team up to clash with Kaido, but Big Mom warns his son that his decision to form an alliance is final. Marco has to accept that their alliance is already over and while they are exchanging a few last words, Carrot is nearby and discovers Perospero. She decides to clash with him to avenge Pedro.

Luffy is still on his way to the castle while Shinobu and Momonosuke run away from Yamato. Black Maria waits on one of the upper floors and plays a song for her subordinates. At the top of the dome, Kaido's roar turns into thunder, which the Red Sheaths avoid, who then respond together with an attack.

Nekomamushi uses his electric claw to hit Kaido directly in the face, Kawamatsu uses the Amanogawa to hit his neck and bleed him, but the fishman is pushed away by the emperor. Then it's Inuarashi's turn, who attacks with the sword leg, followed by Kiku and Izo. Kaido is annoyed and uses Boro Breath ma again Raizo uses a ninja scroll to pick it up and send it back.

A very brief review begins where we see the Red Foders training after Oden's return. The legitimate shogun wanted to teach them the two sword style, but no one accepted him, saying they had already found their style. Toki reveals that they often battle each other for the title of Oden's number one student. The man wanted to teach them Ryuo too, but no one even here listened to him.

Kinemon, Denjiro, Inuarashi, and Ashura return to the present and pull out two swords to imitate Oden's style. They attack Kaido all together with the toe Totsuka and meet Kaido in the same place where he was wounded by the Kozuki in the past. Kaido's wound opens and is bleeding as the emperor's eyes turn white. ONE PIECE 992 will be released on October 16th on MangaPlus.