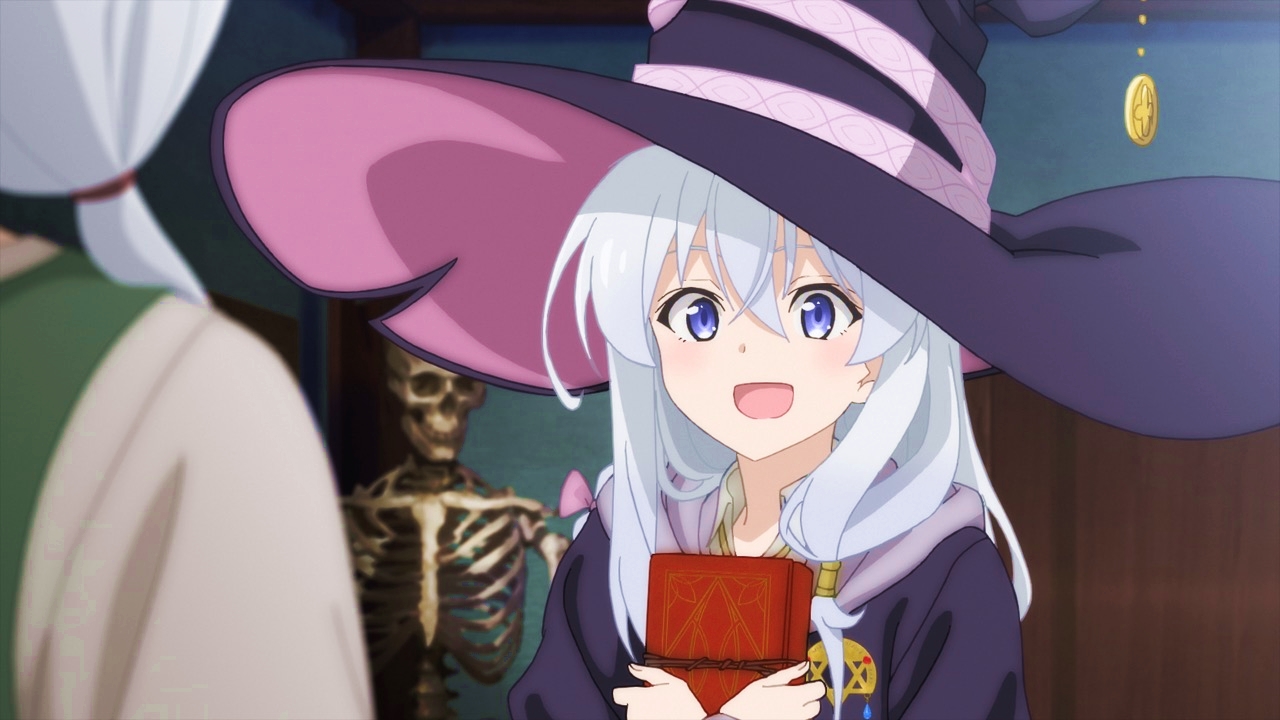 On the official Twitter account for the anime adaptation of Jougi Shiraishi and illustrated by Azuru, Majo no tabitabi, unveiled Reserve Benefit Artwork for the compiled Blu-ray / DVD volumes. The first illustration was made by Takeshi oda, Anime Character Designer, and is given to anyone who pre-orders the first Blu-ray / DVD BOX.

On the other hand, the second illustration was made by Azuru, Illustrator of the original light novels, and is given as a benefit to those who pre-order the first Blu-ray / DVD-BOX during the pre-sale period only.

The series has aired in Japan since October 2nd and is confirmed with a total of twelve episodes, which will be distributed in two Blu-ray / DVD BOX volumes. For his part, Jougi began publishing novels and the editor in April 2016 SB Creative released the fourteenth volume on October 14th and will release the fifteenth volume on December 10th in Japan.

In a certain place there is a traveling witch named Elaina. As a traveler, she has met many people and countries as she continues her long, long journey.

A city that only accepts wizards, a muscle-loving giant, a young man who wants to reconnect with his late lover, an abandoned princess in a ruined city, and the witch's story will be intertwined with everyone.

The witch meets incredibly strange people and makes wonderful memories together. Even now she cannot help but be shaped by encounters and farewells all her life..