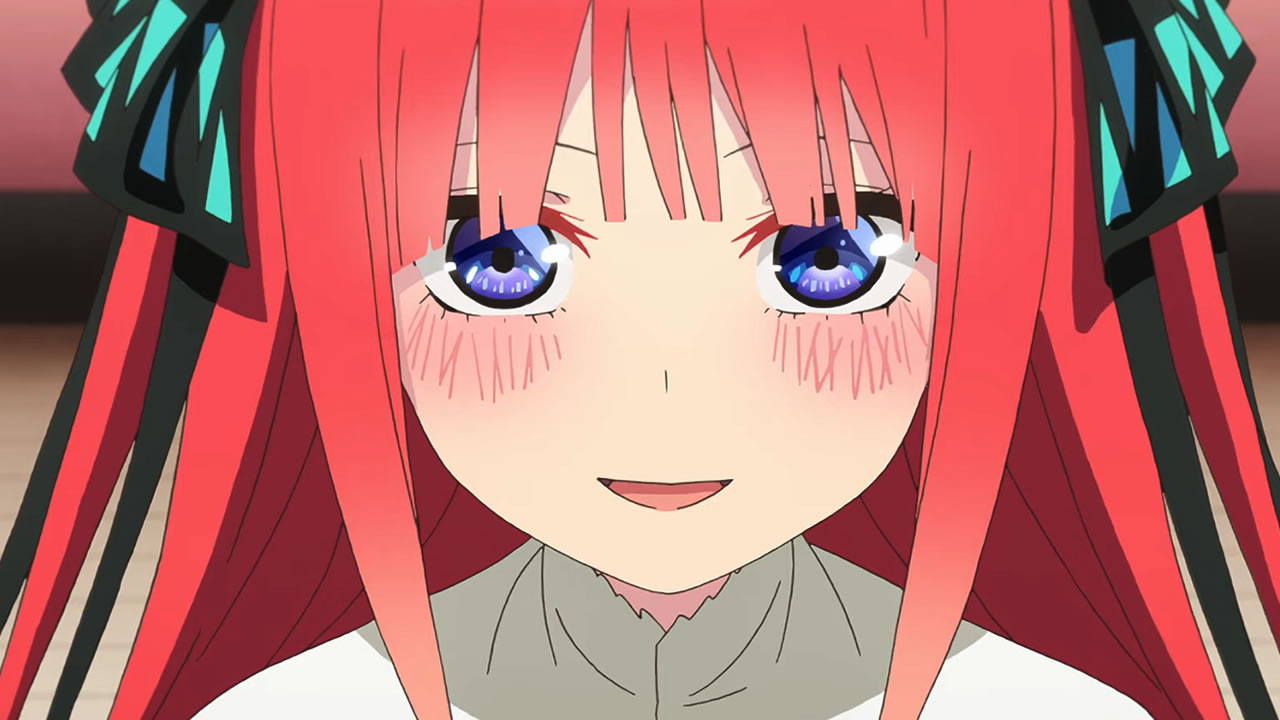 Via the official channel on YouTube for the television station TBS A new promotional video has been released for the second season of the anime adaptation of the manga, written and illustrated by Negi Haruba, Gotoubun no Hanayome. This new advancement is starring Nino Nino Nakano, the second sister of the quintuplets to be played by the voice actress again Ayana Taketatsu.

In the next three weeks new trailers with the other quintuplets will be released.

This second season bears the title Gotoubun no Hanayome ∬ and its premiere was scheduled for October this year. However, due to the impact of the COVID-19 pandemic on production, the premiere has been postponed until January 2021.