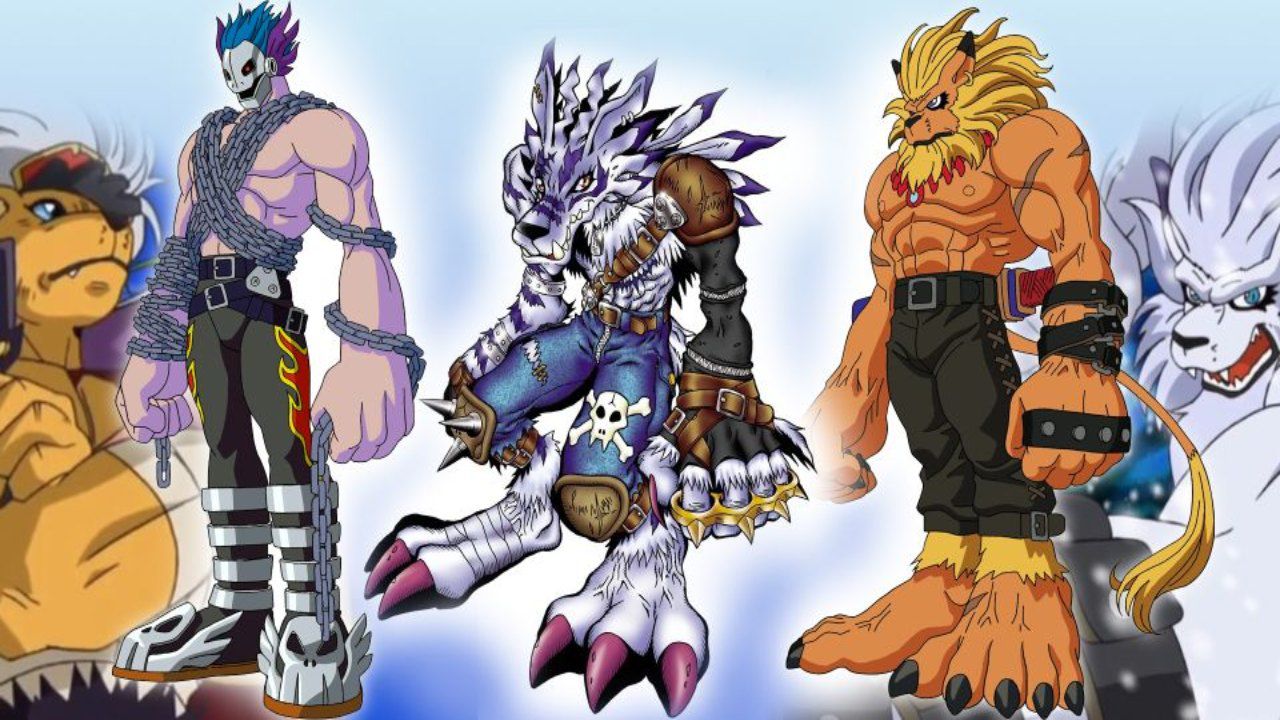 Self Digimon is one of the major franchise companies In the world of anime, credit is largely due to the fascinating design of digital monsters. But have you ever wondered why Digimon ever wears jeans? Let's try to imagine an answer.

If we closely observe the design of the Digimon, we can see a strange quirk that connects them: Most of them wear jeans. Have you ever wondered why? This strange trend, which we find in other works of the same time, can be traced back to the anime's release time.

Between the late 90s and early 2000s Jeans were the latest fashion, a kind of symbol that indicates a certain growth phase, the rebellion. In fact, the Digimon only wear champion-grade jeans to lose in later stages. Thus, this trend could be interpreted as a visual abbreviation to indicate the main personality traits of monsters.

Another hypothesis is can be traced back to their "human" form. Although they are clearly animals, the Digimon "humanize" as they grow and in order not to create scandals of any kind, the creators of the time probably chose to cover the most intimate parts. Digimon recently returned with a series of reboots. TK and Kari are ready to become DigiChosen in Digimon Adventure 2020. During Digimon Adventure 2020 episode 14, Mega Kabuterimon has returned.

Attack of the Giants 4: will the final season be split in two? Talk to an insider