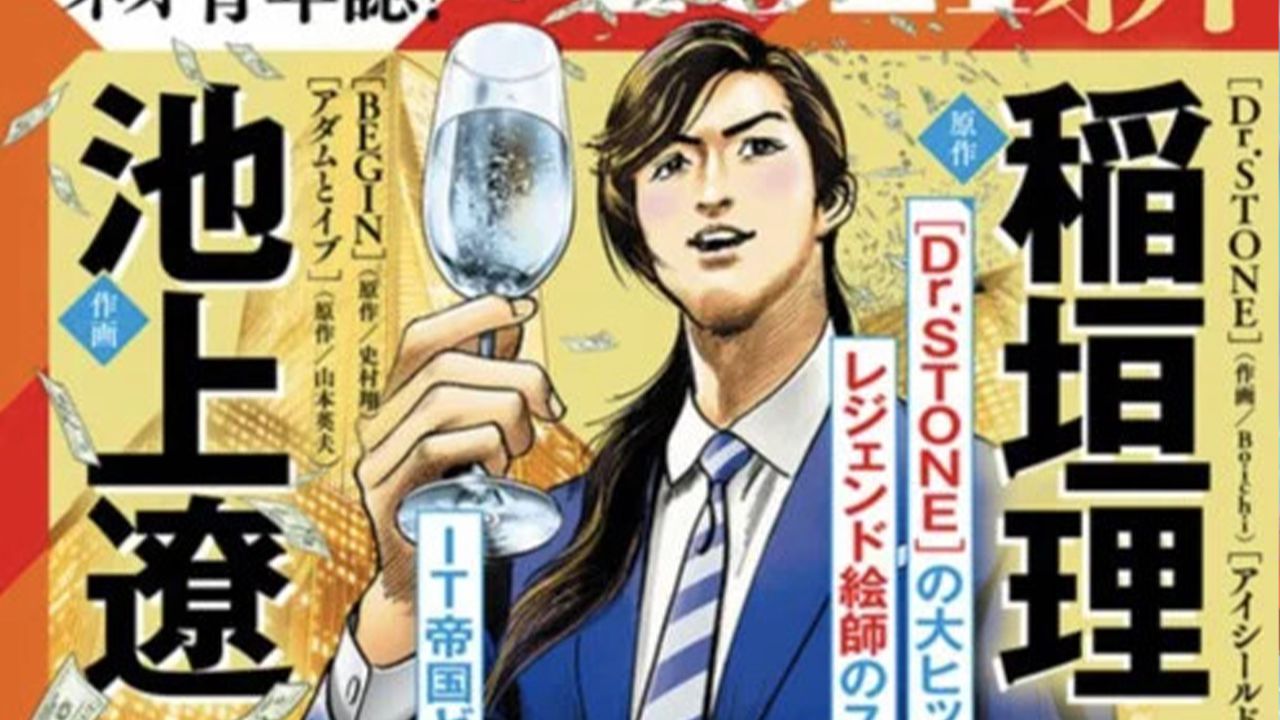 After Riichiro Inagaki worked with Yusuke Murata on the hit Eyeshield21, he's back to write in Weekly Shonen Jump. In fact, Dr. Stone has been in the publication for several years and is preparing for the second season of the anime, titled Dr. Stone - Stone Wars before. But his commitment is to pretend Start the Trillion Game Project.

Riichiro Inagaki, as always, will be in writing the story of Trillion Game. It therefore takes a valuable artist to stage the story, and the choice fell on none other than conspicuous legendary Ryoichi Ikegami. Ikegami was born in 1944 and is famous for bringing to life many works that have been preserved in the world of manga: Crying Freeman, Heat, Nobunaga, Sanctuary and many others.

The The duo will launch Trillion Game on Shogakukan's Big Comic Spirits on December 11, 2020. The story of the manga will focus on the world of IT and someone who wants to destroy this tech empire. It is the first collaboration for the duo, while Ikegami has previously worked with historical writers like Kazuo Koike and Buronson in particular.

Riichiro Inagaki also confirmed this to his fans on Twitter Dr. Stone will not experience any slowdowns or problems. The new Manga Trillion game that continues will not speed up the story, and Shueisha also endorsed the decision and supported the author in his creative direction. Dr. Stones designer Boichi is also preparing for a new series.

The attack of the giants and the theory of the child: will it matter for the end?

Pokémon: The Terrible Story Hidden in the Card Illustrations