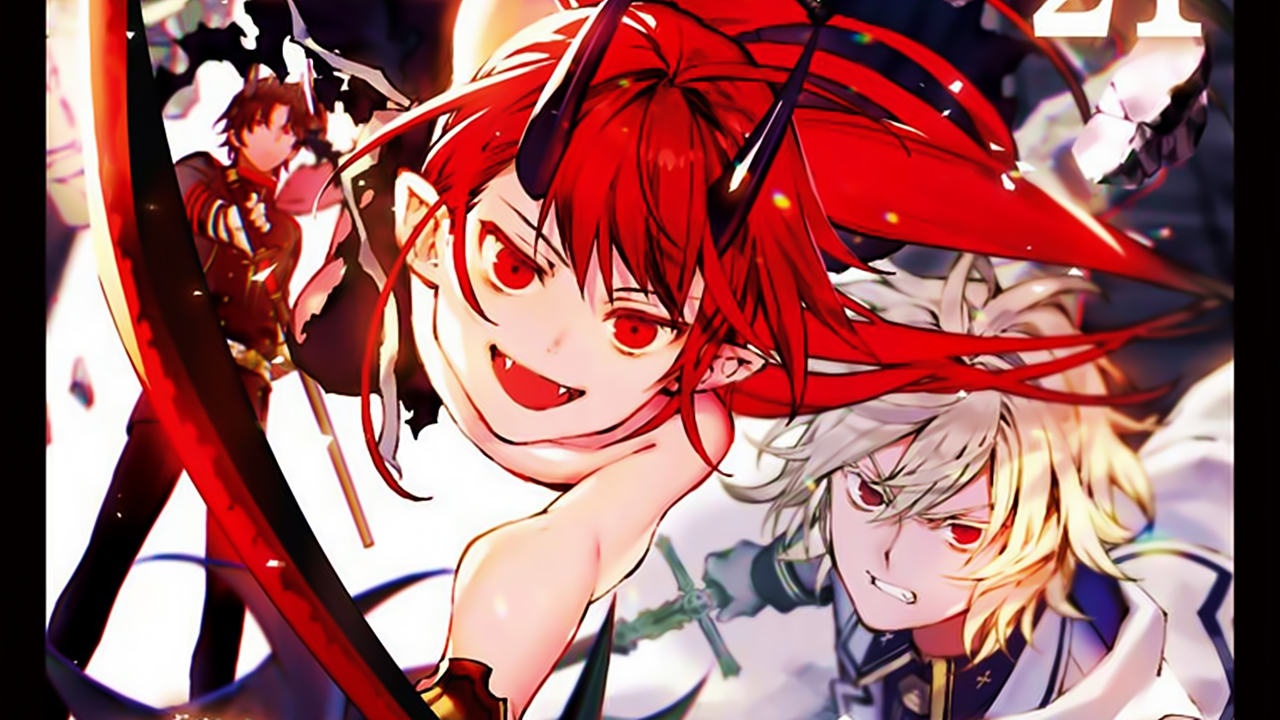 On the official page for the manga by Takaya Kagami and illustrated by Yamato Yamamoto, Owari no SeraphThe cover of the twenty-second compilation volume was unveiled, due to be released in Japan on October 2nd.

Kagami and Yamamoto publish the manga in the magazine Jump SQ from the publisher Shueisha since September 2012. The publisher published its twentieth compilation volume on February 20. The work has inspired a number of written light novels centered on the character Guren Ichinose, written by Takaya Kagami and illustrated by Yamayo Yamamoto.

In 2012, the world ended due to a man-made virus that devastated the world's population, leaving only children under the age of 13 intact. At this time, the vampires emerged from their eternal rest and decided to subjugate the remaining population of the earth and offer them "shelter" below the surface. But this "protection" comes at a price, which is "donating blood" to the kidnappers without anyone knowing that they are actually vampires.

At the age of twelve, Yuuichirou and his friend and orphan colleague Mikaela plan an escape from the Hyakuya orphanage with the other children. However, this resulted in her death and the sacrifice of Mikaela to ensure Yuuichirou's escape. He is rescued by members of the Moon Demon Squad, an extermination unit of the Imperial Japanese Demon Army. Four years later, Yuuichirou devotes his life to killing vampires and taking revenge on them for killing his family.