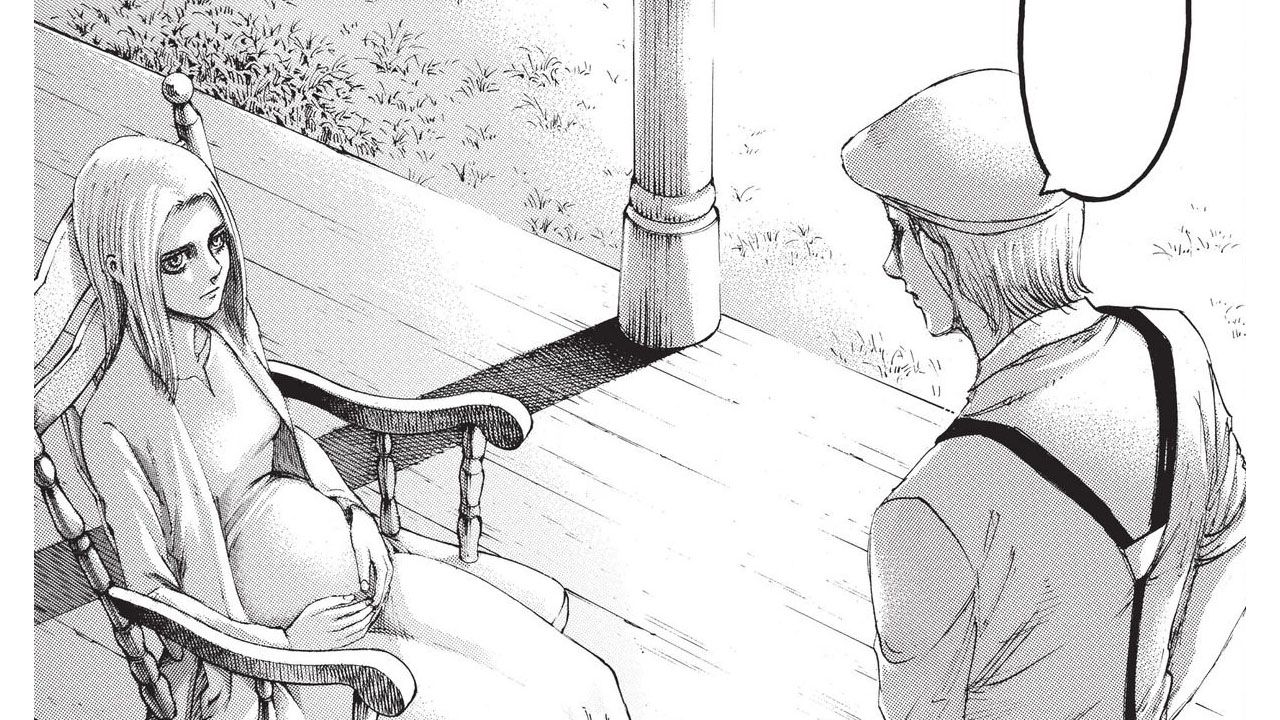 The series The attack of the giants is nearing its epic conclusion having reached roughly 98-99% of the story, and in the final chapter published, Hajime Isayama also revealed an important update regarding the character of Historia, the current Queen of the Walls.

As many of you know, Historia did not want to have children, but for the good of the entire island of Paradis and to keep the walls in greater safety, she changed her mind. The beginning of the chapter shows us the queen at workand without much dialogue, we see tables of pain and scream following one another, with nurses surrounding Historia to comfort and help her during childbirth, men praying for the future and guards worried about the future Hear reactions from the queen.

The Desperation of Historia opens one of the most dramatic chapters the story created by Isayama in which we see the destruction that the giants bring to cities and towns, the deaths of hundreds of innocents, and the tragic failure of the airship attack, which was stopped without too much effort by the giant ancestor and the giant beast. Generally chaos The birth of a new heir to the throne could symbolize a different future and positive for Paradis, despite the painful sacrifice that all residents, including Historia, have made.

Recall that the release date of chapter 135 was announced, and we'll leave you to the violent clash with a specific giant shown in chapter 134.