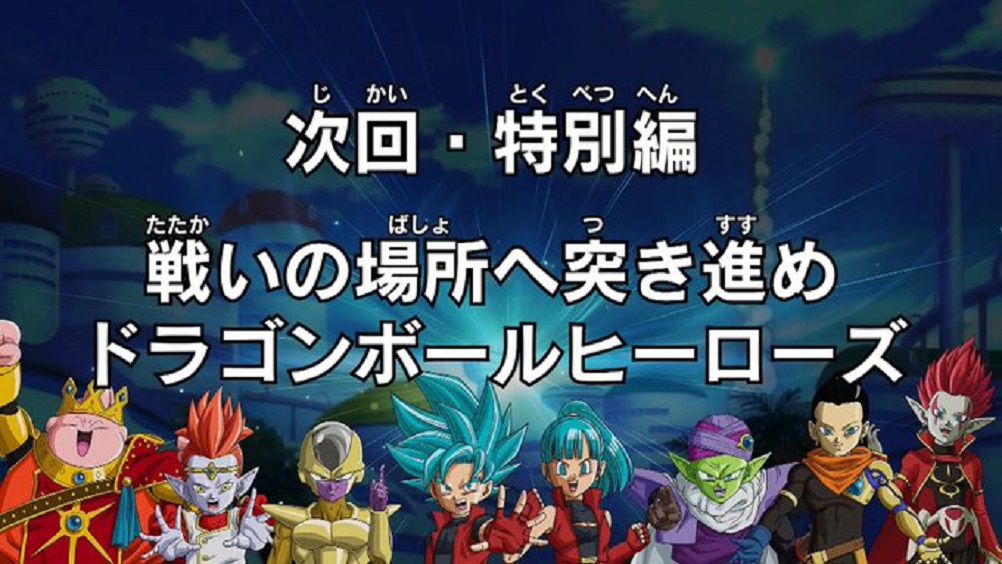 Super Dragon Ball Heroes 2: A Special Episode coming out in November. Here are the details

Since over a year Super Dragon Ball Heroes continues its monthly run and is currently in its second season, which covers the Big Bang Mission saga. TOEI Animation is waiting for the next news on the new story arc and has announced the arrival of a special episode in November.

The eighth episode of Super Dragon Ball Heroes 2 debuted yesterday and was nearing the end of the current narrative arc. To prevent Fuu from achieving its goals, the staff did not hesitate to bring back a fusion that was much appreciated by the fans. Vegettowho filled the entire episode with epic.

I am waiting to find out the outcome of the clash and the future of the franchise, which we are likely to come across Jump Festa 2021, Toei announced Special episode in November. The episode in question, which will likely add up to episode 9, also expected in the next month, is titled "Run on the battlefield! Dragon Ball Heroes!There is currently no news regarding the episode's content, although it is expected that it will focus on the show's iconic avatars.

And what do you expect from this special instead? Are you curious to see it? Let us know with a comment below.

Release: November
(This special might focus on the SDBH avatars.) pic.twitter.com/Icwm6asShj