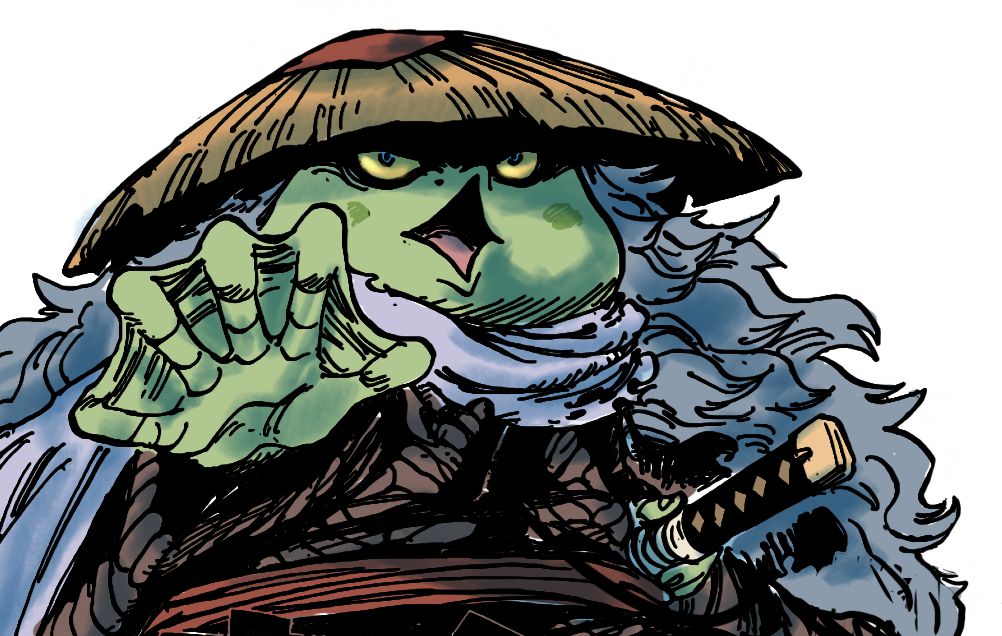 The anime of ONE PIECE finally shows the member of the Red Foderi Prisoner of Udon in action. The powerful character is Kawamatsu, here he is in all his might.

The animated implementation of ONE PIECE reached episode 948, but previously we were aware of the presence of a powerful character who was being held in a cell in Udon.

His name is Kawamatsu the Kappa and is one of the Red sheaths. Because of his danger, he had been separated and forced to eat only poisonous fish, but now he managed to break free by taking advantage of the chaos wrought by Luffy, the mighty ally.

Thanks to the confusion caused by the various clashes in the prison, Raizo manages to bring his katana back to his friend, from the name Sotomuso, which allows him to release all his strength. The kappa shows itself at first Ability to use the ryuo with the Yagura Ryuo technique by pushing his opponents away with what appears to be sumo movements, then channeling the ryou into his sword and taking down the enemies with the Menamugawa technique.

Kawamatsu He was imprisoned in Udon prison 13 years earlier told of the events, but never lost hope of meeting his companions again. Now he can finally reunite with the other Red Foders to prepare for the future clash with Kaido.

What do you think of this new character, Kawamatsu the Kappa? Write to us in the comments. In the meantime, in our articles, I'll leave you the preview of the next episode of the ONE PIECE anime and the ONE PIECE novel dedicated to Ace who is coming to Italy with Star Comics.

Review | Kimi after Boku no Saigo no Senjou – Chapter 4