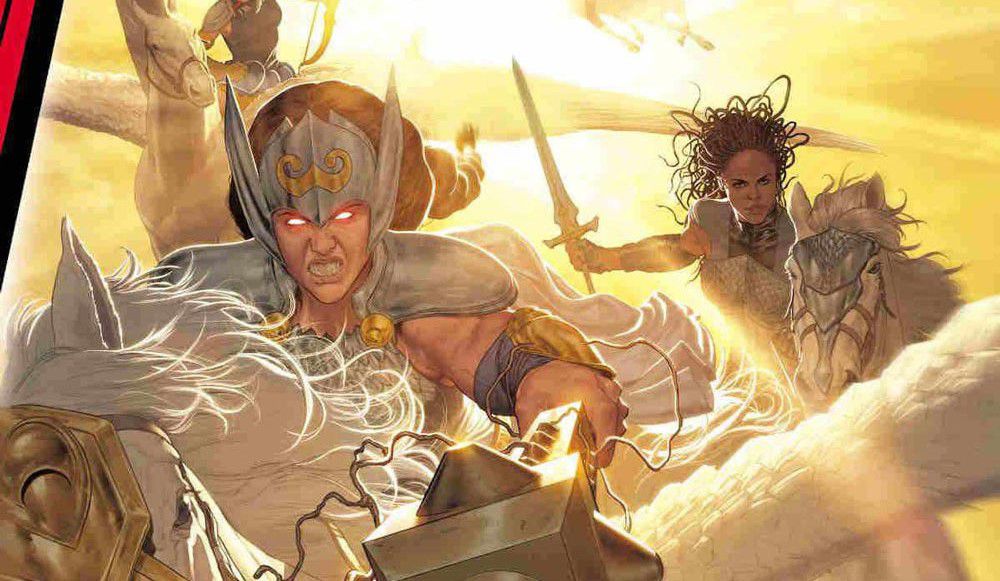 King in Black: Marvel announces a miniseries spin-off with the Valkyries

Next december Donny Cates is Ryan Stegman will return with a brand new comic miniseries titled King in Black, in which the Avengers and Venom team up to defeat the fearsome God of Symbiots. Marvel Comics announced that today first spin-off of the miniseries, come in January 2021 and focus on the Valkyries.

King in Black: Return of the ValkyriesThis is the name of the miniseries in question, and will debut immediately after the arrival of the main series and will focus on the character of Jane Foster, the last Valkyrie to help rebuild Odin's phenomenal army to thwart the Knull invasion.

Jason Aaron is Torunn Grønbekk, the two creators of the miniseries, have already announced that two of Jane's team members will be Hildegarde and Danielle Moonstar, while nothing is known about the other fighters. The miniseries will consist of four comics, two of which will be released in January.

King in Black will debut in two months and will be in touch with events directly Absolute slaughter ed Empyre. The event will be attended by a large number of the Marvel superheroes, including the X-Men.

What do you think about it? Are you interested in this spin-off? Let us know with a comment! In the meantime, we'd like to remind you that King in Black won't be the only Marvel series to hit the final quarter of 2020, as the highly anticipated USAgent will debut in November.