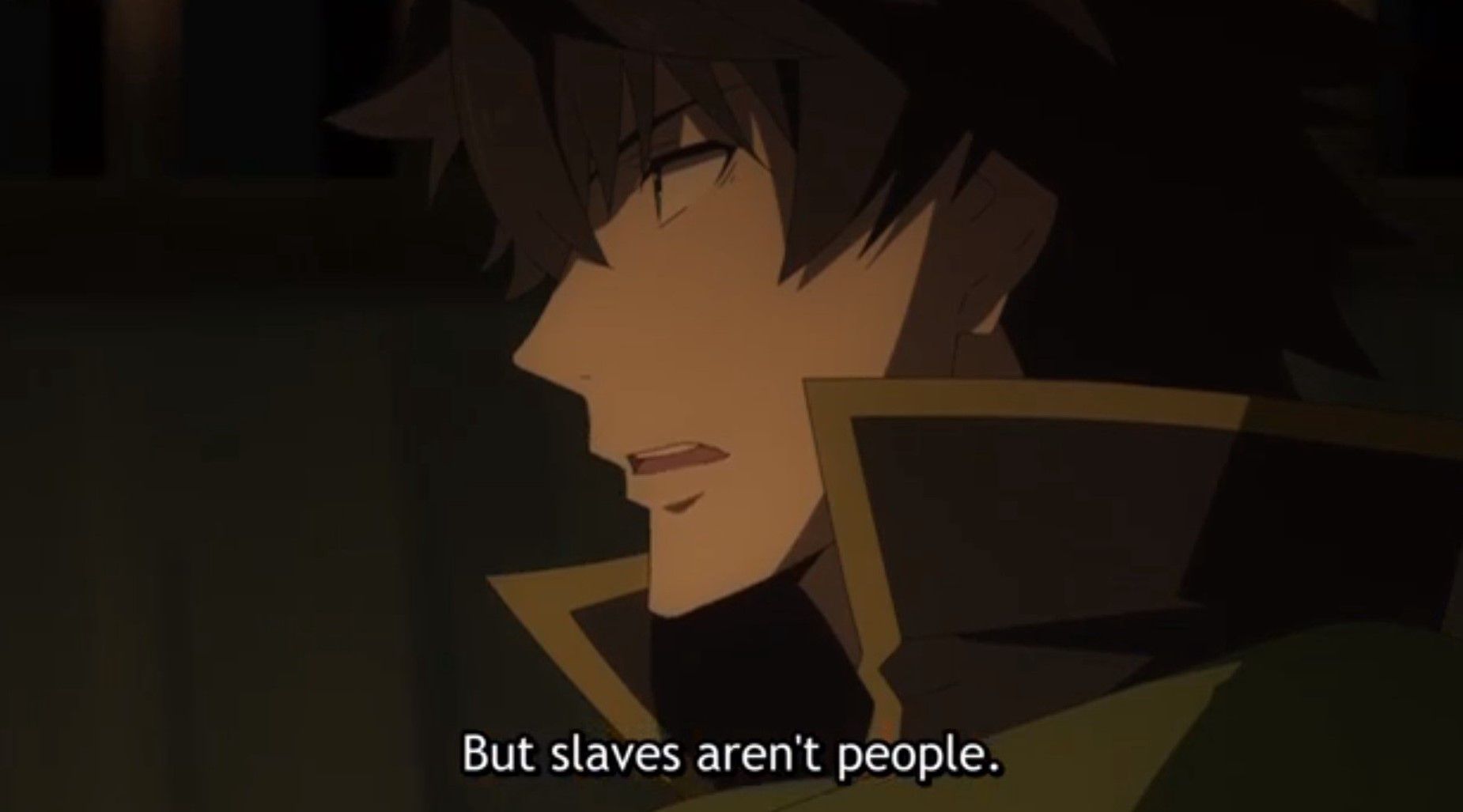 Is Naofumi Really A Hero, The Rise of the Shield Hero, and the Problem of Slavery?

The second season of The Rising of the Shield Hero is approaching and, as usual on the Internet, the usual discussions about the behavior of Naofumi Iwatani, the protagonist of the series, have started again. In fact, both the fan base and the critics struggle to express themselves objectively because of a small detail. the controversial support for slavery.

In the past, we've talked about the controversial article from CBR, a well-known US site, which defined The Rising of the Shield Hero as "generic low-alloy isekai". in which slavery is accepted and misogyny is fomented and for the feminist movement #MeToo. "Aside from journalists' personal judgments, it's also interesting to find out what fans think and as you can see below, opinions are conflicting.

As many of you will remember, Naofumi Iwatani is actually a normal boy who was summoned in another world while living his everyday life in Japan. After Naofumi becomes "the hero of the shield", he is betrayed and accused of violence by a former party mate, and so is he is forced to face the hatred of the inhabitants of the Kingdom of Melromarc. A slave comes to the hero's aid and allows him to buy a half-human girl and use her to fight.

The relationship between Naofumi, Raphtalia and little Filo, the third member of the group that the slave owner bought himself, is developing extremely well. but how free the two girls continue to be slaves. At this point, one has to wonder if Naofumi is really a hero, as his ultimate goal - returning home - is strictly personal.

The Rise of the Shield Hero was one of the most popular anime of 2019so much so that it was extended for two seasons a few days after it closed. Despite everything, the criticism remains and is unlikely to stop during the airing of the second season.

Of course we want to get to know yours. Do you justify Naofumi's behavior? Or do you judge it? Please let us know by leaving a comment in the box below!

Yes it was literally like "Naofumi could be a slave owner but he's a good slave owner and we want to be his slaves" and it's like ?????