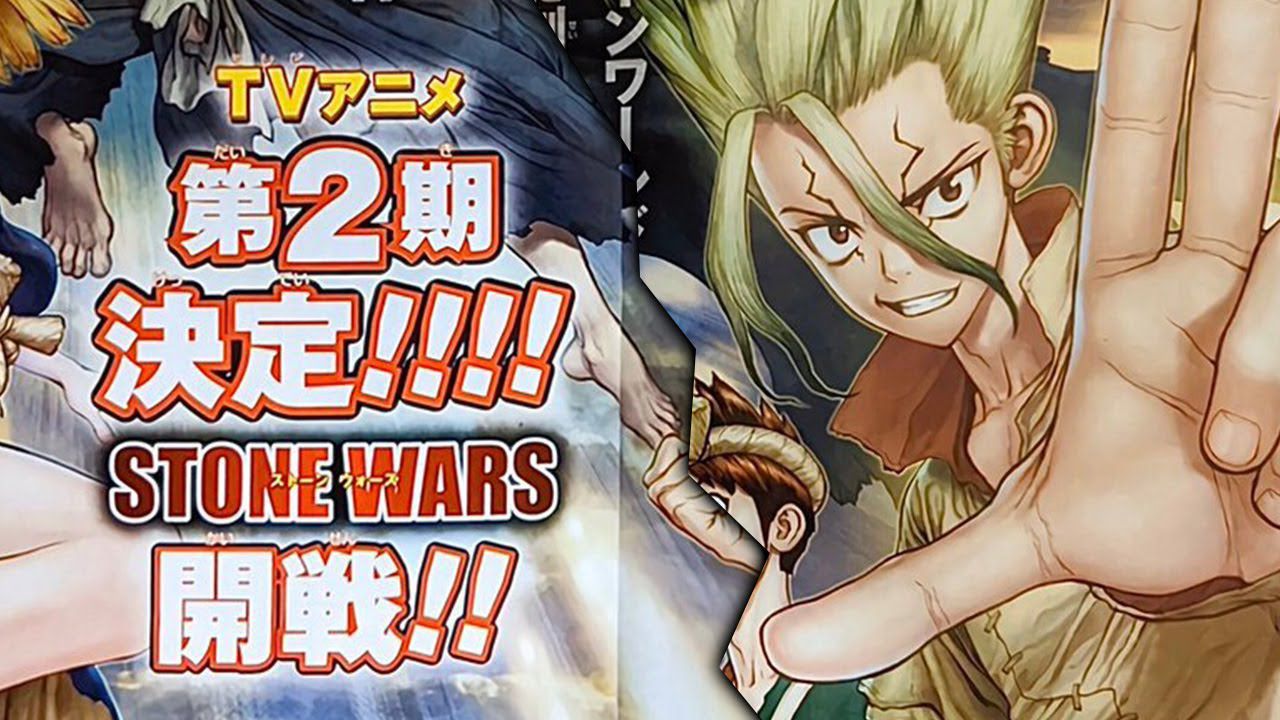 Dr. Stone: Stone Wars, new trailer for the second season in the pipeline

Weekly Shonen Jump and Shueisha strengthen the current editorial situation of the leading manga magazine to the best of their ability, enforce the time and produce more animated adaptations of the most promising titles. After the debut of Jujutsu Kaisen, the next television series will be dedicated Dr. Stone.

While the upcoming Jump title is actually the feature Demon Slayer: Infinity Train, the publisher is still rolling up its sleeves to fill the seasons with animated adaptations of magazine-inspired products. In this regard, news regarding the The Promised Neverland 2 in the coming weeks, especially now that My Hero Academia 5 finally has a release date.

Either way, the anime winter season kicks off with the debut of the highly anticipated second season of Dr. Stone enriched the events of the "Stone Wars" saga. Only a few months separate us from the start of the anime, and for this reason the production wanted to release a new promotional teaser, the same one we reported on at the end of the news. Only some of the scenes featured in this new trailer are unpublished, but it's likely that the staff will post something more substantial at the special event dedicated to the topic next October 11th. It is not yet clear how long Dr. Stone: Stone Wars will be with us, but it is to be expected that a second season of 12 episodes or possibly twenty episodes is expected, separated by a few months' break.

And you, what do you expect from the sequel to Dr. Stone, are you curious? Let us know with a comment below.

The Witcher: Shirogane-sama makes an amazing cosplay video of Ciri