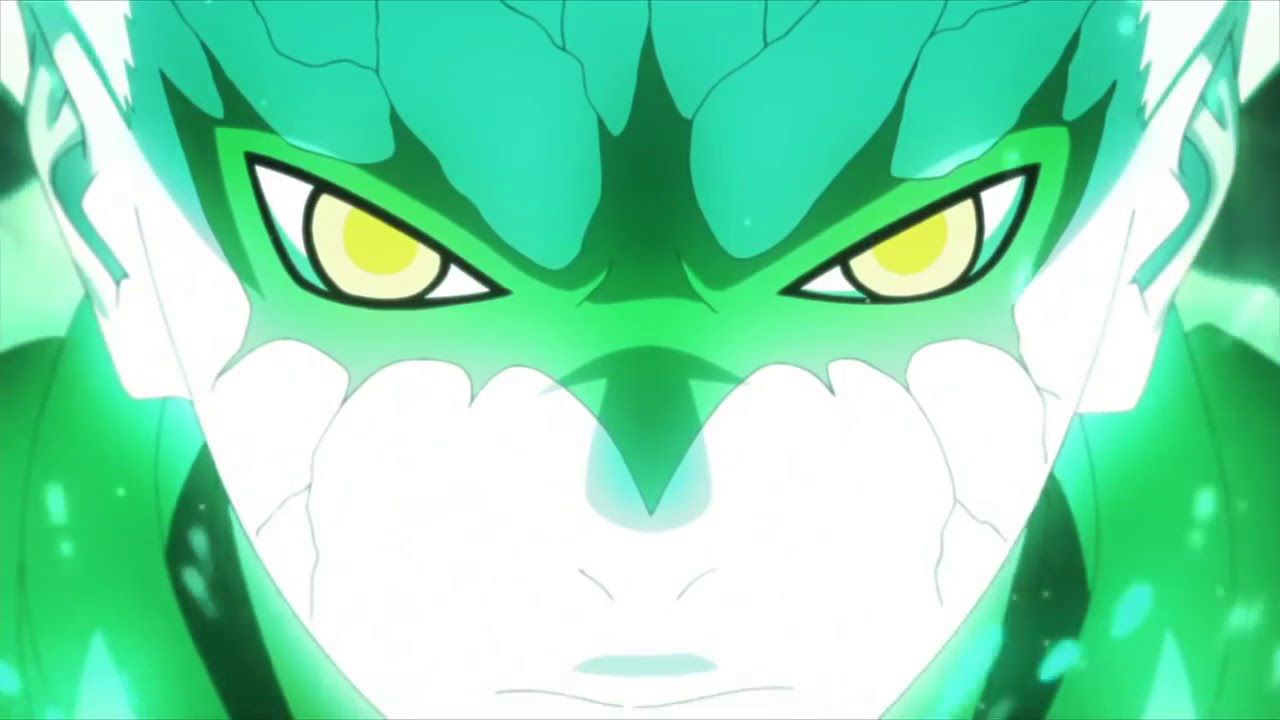 When looking for Hashirama cells Boruto and the others had to face two members of the Kara organization. We already saw the first, Victor, during the course of the manga, while the second, Deepa, was created specifically for the animated adaptation.

Boruto (and the fans) realized in the last few episodes that they have to do whatever it takes to defeat Deepa.

Thanks to her secret ability to turn her body to stone, Deepa turned out to be one of the strongest enemies the protagonists faced. So strong that Mitsuki had to use her hermit mode againand as we know, Mitsuki only uses it when absolutely necessary because it uses up her energy very quickly. In this case, however, he had no choice as Deepa managed to defeat Boruto and Sarada.

The return of Mitsuki's Hermit modes was too short, sadly, but when we see it on screen (and a pleasure to see) it means the enemy hasn't left them many alternatives. As we know Mitsuki doesn't use this ability that easily and that makes us understand how much Team 7 was in danger when they collided with Deepa.

Since the saga ofKara organization It's designed specifically for animated customization, which means there may be more ways to see this skill at work in the future. Probably, the clash with Deepa will have an unexpected development, while Boruto, Sarada and Mitsuki will try in every way to defeat him.

But why does organization member Kara manage to assert himself against the protagonists? Let's find out about Deepa's abilities.

What do you think of Mitsuki's hermit mode? Would you like to see it in action again? How will Boruto and the others defeat Deepa? Let's not forget that Deepa also spread terror among Omoi and his group. Let us know in the comments!

I like Mitsuki's sound effect when it became Sage Mode. Thanks to the audiovisual staff 💕😎 pic.twitter.com/0dd9W5lJj6

Dragon Ball Super: How Mighty Has Goku Really Got? a note in chapter 64