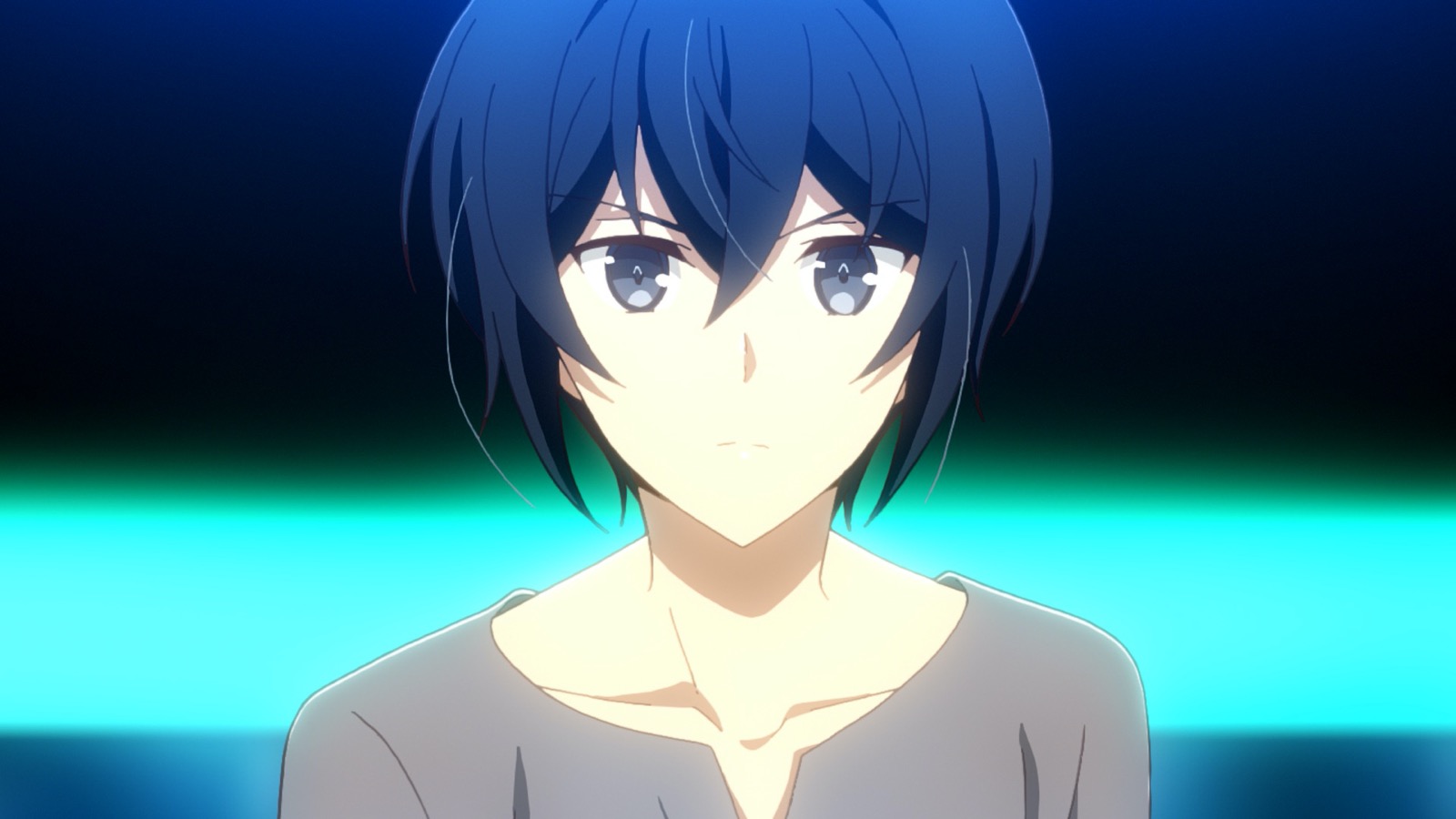 Review | Kimi after Boku no Saigo no Senjou – Chapter 1

Kimi zu Boku no Saigo no Senjou - Chapter 1: The meeting of the highest arms of two nations

Iska has been incarcerated for a year after releasing a witch from prison. Act considered treason to the Empire. However, due to the current situation of the war against the sovereignty of the fog, the eight great apostles decide to release it subject to conditions. Because your fighting strength is necessary for war. Give him the mission to catch the "Witch of Ice Disaster". A powerful witch who got the Empire into trouble more than once. Along with his mission, Iska receives the two swords he wore and everything else he needs. Without hesitation, the young swordsman asks to collect three more people from his squad.

That night, before the departure time for his mission destination, Iska meets Jhin, Nene and their former captain. Who he hadn't seen since his incarceration a year ago. Everyone would join him at the head of the battle in search of the Ice Disaster Witch.
Your target is a military facility with a weapons reactor under construction a few kilometers from the front.

After reporting to the commander, Iska and the company move forward, but are ambushed by witches and wizards halfway through. Face them and defeat them. But they were not alone and appeared as girls with a maid's dress and earthly astral power. He summons a golem and threatens Iska and his squad. When Iska sees the situation, she decides to deal with the girl in whom his companions advance.

Then another witch appears who manages to remove Iska from the girl he had already subjugated. Without expecting it, Iska found his target faster than expected, the 'Ice Quality Witch'. The fight between the swordsman and the witch changes the terrain of the place as the witch freezes the part of the forest in which they were. Get a chance to attack them directly but be held back by an impenetrable ice sheet. So Iska copies the astral power of the witch with his two special swords, uses it against her and creates another opportunity to approach her. Something that made the 'Ice Calamity Witch' cringe.

Despite being enemies, both argued about the behavior of the opposing nation and even mentioned their desire to end a war that had lasted more than 100 years. Introduce yourself to each other. Between one of these discussions, Alice, the 'Witch of the Ice Disaster', slips and falls from her whereabouts, but before she hits the ground, Iska rescues her. Alice had already completed her mission to destroy the reactor. Upon hearing the arrival of reinforcements for the young imperial swordsman, she decides to retire. Take with you the other witches and wizards who were defeated by Iska and his companions.

The crusade that would change our world

The place where I found out about the existence of Kimi after Boku no Saigo no Senjou, Aruiwa Sekai ga Hajimaru Seisen it was in his anime adaptation. Where I couldn't help but get caught up in work because 'Romeo and Juliet'that the protagonists have, but mainly because I found it strange that although both protagonists tried to end the long war between their nations, the paths they went are not exactly the same. Iska and Alice did not ally, although they had a pretty similar goal, if not almost the same.

So I switched from the manga to the original work, the light novel, to learn a little more about the story. Find me with the changes they showed in their manga adaptation. Although I liked the novel, I haven't progressed that far in reading it, although I've made enough progress to surpass the manga's story. To some extent, you may already know what would be adjusted in this anime. But I want to avoid comparing them for now. I'm just saying that I've seen the three different types of Kimi to Boku no Saigo no SenjouI liked the manga adaptation the least. And yet reading it entertains me.

The easy novel was written by Kei sazaneas it is represented by Ao Nekonabe. The manga in turn also has the contribution of Kei sazane in the story, but with the difference of being Okama the person responsible for images. Something that surprised me at the beginning because, as the same author of the story, I couldn't see how my perception of the beginning of the novel was so different from that shown in the manga.

Right from the start you can smell Iska and Alice's similarity with '.Romeo and Juliet'respectively. Although your case is not exactly the same. Before they met for the first time, I could only imagine them. However, I don't expect you to develop feelings for one another quickly either. And if it does, I feel like the development of the character he can have would be lost.

Iska is a swordsman who inherited his swords from his master. Swords, which together with his training made him a holy student at the age of 15. But with a personality and mentality that many soldiers (and perhaps people in general) of the Empire lack. I am trying to end the war that has been going on for more than 100 years.

Aliceliese Lou Nebulis IX, the "witch of the ice accident", a descendant of the great witch Nebulis, is a "pure breed". Considered to be one of the most powerful witches that ever existed due to her incredible astral power and fascinating control over it. But unlike her predecessors, Alice doesn't display the same resentment in her heart for the Empire and its treatment of astral power users. Although it's not that I don't feel it at all.

Her physical appearance makes her a perfect opportunity to do so waifu. While I personally don't think it will be in anime in general, there is no doubt that it's my favorite in anime Kimi to Boku no Saigo no Senjou. I can't wait for your reactions to be encouraged in the future.

Of the other characters appeared in Kimi to Boku no Saigo no Senjou - Chapter 1, I'm not going to talk a lot right now as, even though they are minor characters and are pretty close to the protagonists, they haven't had a moment that made them shine. At least not in this first episode.

Rin appears to be Tsun but without him dere. Nene is the youngest of Iska's unit, has that little sister aura, and is an excellent engineer. Jhin has been friends with Iska for a long time and shares the same teacher as him. During the time of the captain, I don't even remember her name being mentioned Kimi to Boku no Saigo no Senjou - Chapter 1.

That's why I'm going to leave them out in this review, but as time goes on, I hope they show more details about themselves, otherwise the potential of these characters (in terms of development) will be wasted. For example, I won't deny that part of me would like to see a love rivalry between Nene and Alice.

Technical details from Kimi to Boku no Saigo no Senjou

The animation studio for Kimi to Boku no Saigo no Senjou is Silver link. Study that worked on projects such as: Rakudai Kishi noo cavalry, Kenja not a magician, BOFURI, Tasogare Otome x Amnesia, etc. To name just a few examples. Though I still have the bad taste in my mouth that the build-up of Kenja not a magicianThere is no doubt that this was a special case in terms of quality as their recent work has shown improvement. So I'm looking forward to good quality Kimi to Boku no Saigo no Senjou.

A quality that at least in Kimi to Boku no Saigo no Senjou - Chapter 1 I could see it. It's not excellent quality like I would have loved, but it's pretty good for now. The design of the characters, the fluidity of movement, the effects in combat. They all have their point of view for it, but that's not why they're perfect. For example the scene of the meeting between Iska and Alice. Personally, I think it could have been used a lot more. Especially the fact that the terrain she was on was frozen due to her astral power. I really would have liked to have seen the frozen surroundings more closely. But for flavor colors.

Another thing in terms of animation that I want to highlight is the fanservice in Kimi to Boku no Saigo no Senjou - Chapter 1. While I don't expect the fanservice to be very revealing, I felt that the animated adaptation was "censored". Omitting or changing scenes where there was a touch more in the same novel ecchi. Still, I have to admit that I liked the one with the least focus on fan service. Of course, as long as the rest are well adjusted.

In the sound section, I'm a bit between the line that I like and that I don't like. Well, the musicalization seemed adequate, but the sound effects left a lot to be desired. It's not that bad of a case, and I'm honestly closer to liking them than not to, but that doesn't change what I expect from the effects.

I'm more than happy with this first episode of Kimi to Boku no Saigo no Senjou. I think it has a lot of potential in general and I hope it gets shown before it's too late. Even if there are small changes to the plot or additions. In fact I hope there is.

Kimi to Boku no Saigo no Senjou
Show Comments 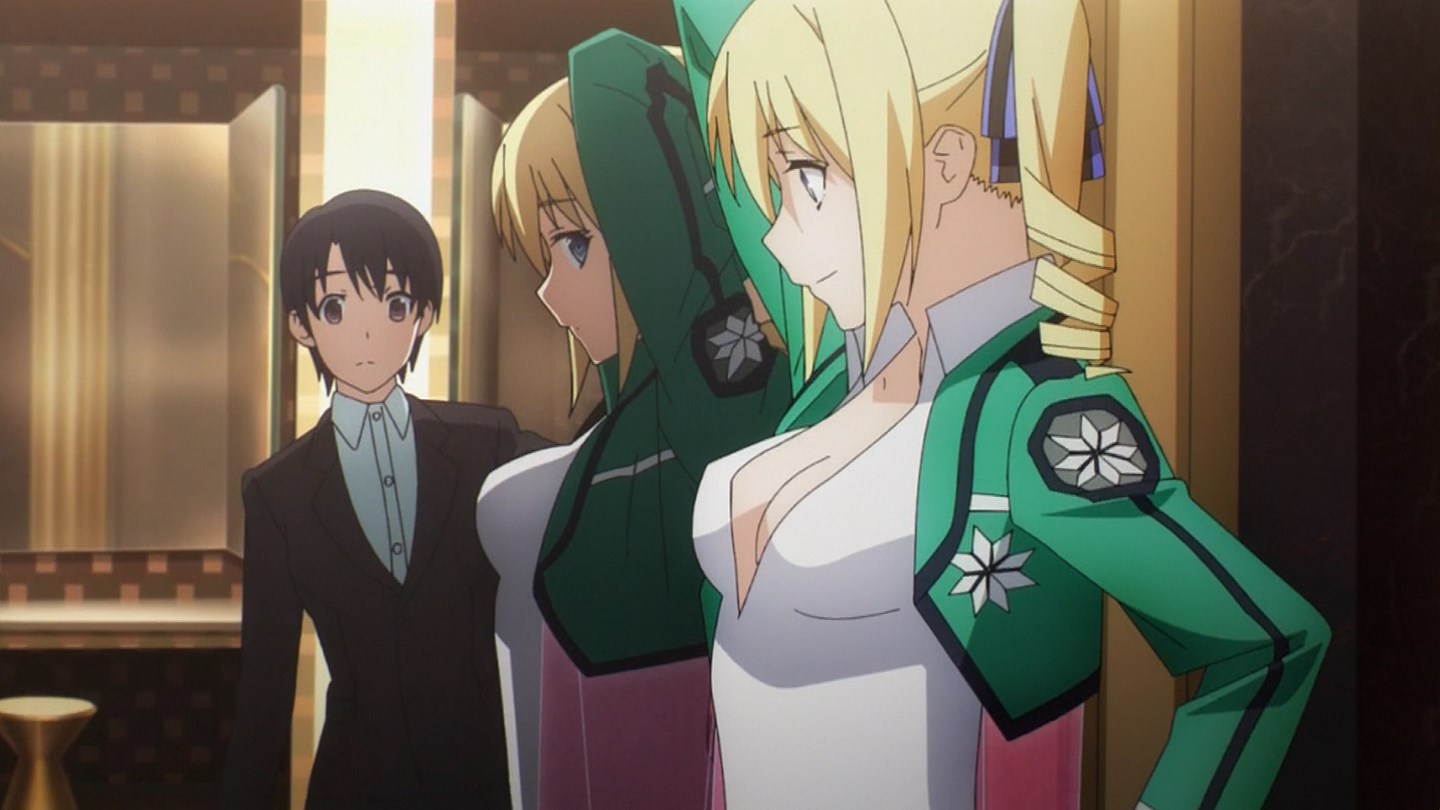 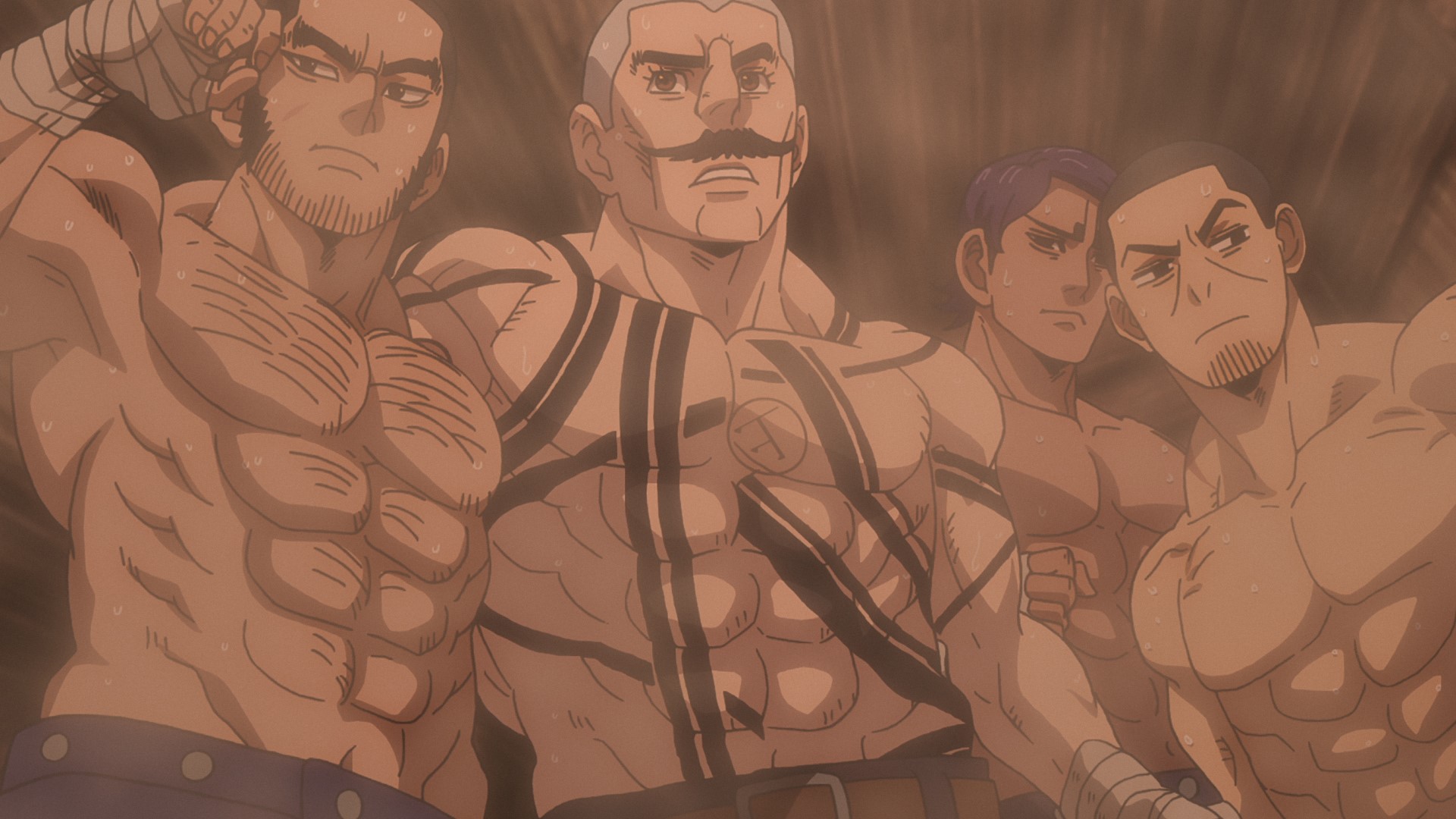 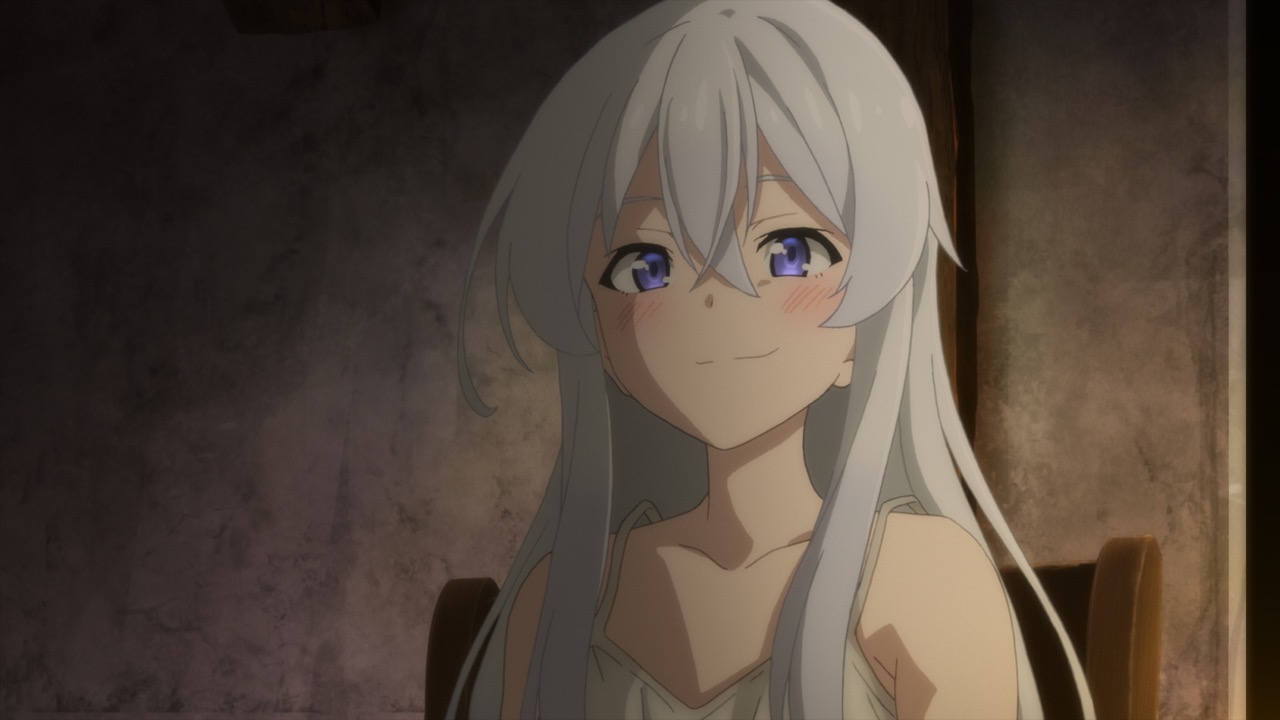 Fullmetal Alchemist: what are alchemical circles and how do they work?