This review on Karakai Jouzu no Takagi-san 3 contains spoilers. If you haven't seen the chapter we recommend that you do it and then go back to read the review.

Holidays are there to dream, Nishikata and Takagi know that. Nishikata dreams of his everyday school life and wants to defeat Takagi, this time with him the thing with grip strength, but he is defeated by holding Takagi's hand and there everything gets out of control in a disrespectful dream in which Takagi is present. How are the summer holidays tan It never hurts and if there is no possibility of meeting, I believe it, the two children see each other and face each other, although you find the victorious answer, he doesn't say it out of shame; On the other hand, his friends do their thing, but in terms of skin tanning. Getting up early to go to school is important, Takagi knows this and takes the opportunity to go with his beloved Nishikata, who challenges her and for the first time the dreamy Takagi accepts her defeat, which was not because of her woke up. Now a new semester You will find her and ... will your love flourish?

Finally, FINALLY! The anime that purifies my soul is finally here, and certainly thousands more. Our beloved forehead, master of pranks and challenges (how high will Takagi's IQ be?) Is back. This is a very special anime for me, even if I can no longer see it like this for various reasons, but that doesn't prevent me from having a special affection for it. Should there still be mistakes, I will tell you so. But before this first chapter I have no complaints, it's the rhythm we're used to, although it was more hectic in the first part. It was a very good start to the chapter.

Opposite to opening, I don't like it or I don't like it too much, I liked that opening from the preseason but for me it's acceptable. In terms of content, there are certain references, such as the first confrontation between the protagonists. Most likely the one end The picture is not the only one, there are several that fulfill their locking function. By the way, all of them end up were played by Takagi's voice, Rie Takahashi. And now, to "talk" about what you saw, read below.

The thing about grip strength

To be honest, I don't know what the artifact is called either. The chapter begins normally, as if everything were normal, as if nothing had changed: Takagi and Nishikata at school, who have a self-imposed challenge every second, who have also lost and they reach out to him with their cunning to ask 'the thing' and Nishikata shakes his hand and everything goes for a dream trip from them. The calm was disturbed by the whole dreamy trip from Nishikata which fascinated me. I don't know if this part was a reference paprikabut it seemed in a very good way. How things were changed and changed and what appeared to be real wasn't like that, but there was a clear goal: to find Takagi (which appeared in its vaccine version that gave me life). In the end, the little one wakes up.

What I liked about it is the continuity, because when Nishikata wakes up he thinks if the festival wasn't a dream, he sees the mask and remembers it wasn't and calms down. So there is continuity and possibly an advance in the childhood romance of the protagonists, perhaps slowly but evolving. And if dreams have interpretations, this dream seems to mean that Nishikata unconsciously accepts what he feels for Takagi by looking for her in the dream (as in Eternal sunshine) and relieved to know that the festival wasn't dreamed, that shows.

Does it go out in summer? It's summer in my country, but I've hardly ever gone out, so I don't have the orange tan of Nishikata and his friends. This part was more typical, only that what happened between the protagonists goes a little further, because you can see the romantic tension between them, and they know that their exits are not just exits, there is something else. The challenge this time was simple, guess why Takagi told him to see each other, in the end Nishikata has the answer, only he doesn't say it (typical kid who hides his feelings or is ashamed to say it), Takagi just wanted to see him. How sweet.

On the other hand, friends usually have their own subsection, but this time they appeared in this section at the same time because the topic was the same. Nothing changed in his routine, Yukari, Mina and Sanae stay the same. The really sad things about this chapter were Kimura (hero without a cloak, we have to admit that) and Takao because they end up saying that they are sad and their life is empty. Will this be the beginning of a change for both of you?

Return of the lectures (have the face-to-face events returned? What envy), a new semester together. This time it's Takagi who dreams. The incredible thing is that he dreams of his defeat and realizes that Takagi can only be defeated by Takagi. A simple challenge in which she had to be surprised by her rival's surprise box. First, Nishikata values ​​Takagi too much to bother, because he ends up doing it in his "real" life. Second, little Frenton appreciates this detail, only her surprise is internal. But this part lets us guess something, Takagi will only show his surprise when Nishikata confesses, so he wakes up, smiles and asks for it to happen soon. The normal days return, the jokes and challenges continue, but with a romance already under construction. How long will it take? We will see.

Good start, entertaining and with a lot nani !!!!but it does its job. Although the typical is shown, there is already more construction and a background that lets us enjoy anime with equal intensity. Hopefully. 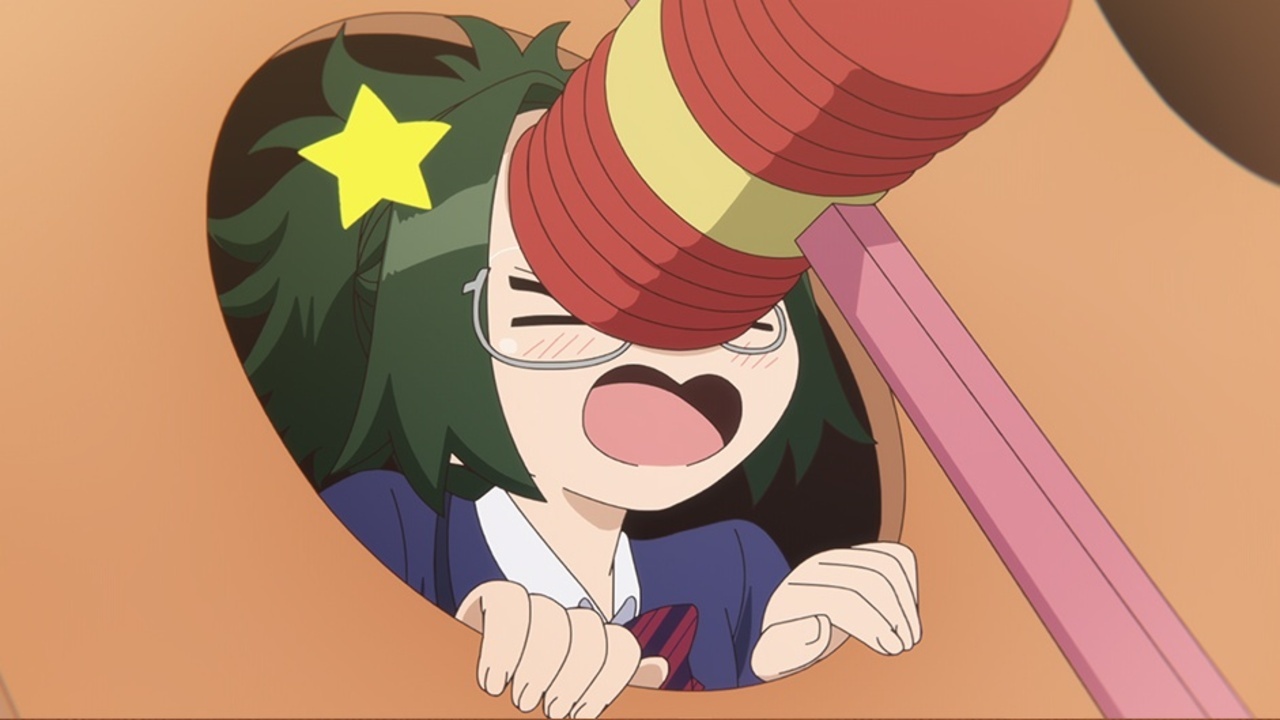 Princess Connect! Re: Dive 2 will have 12 episodes and reveal fabulous graphics