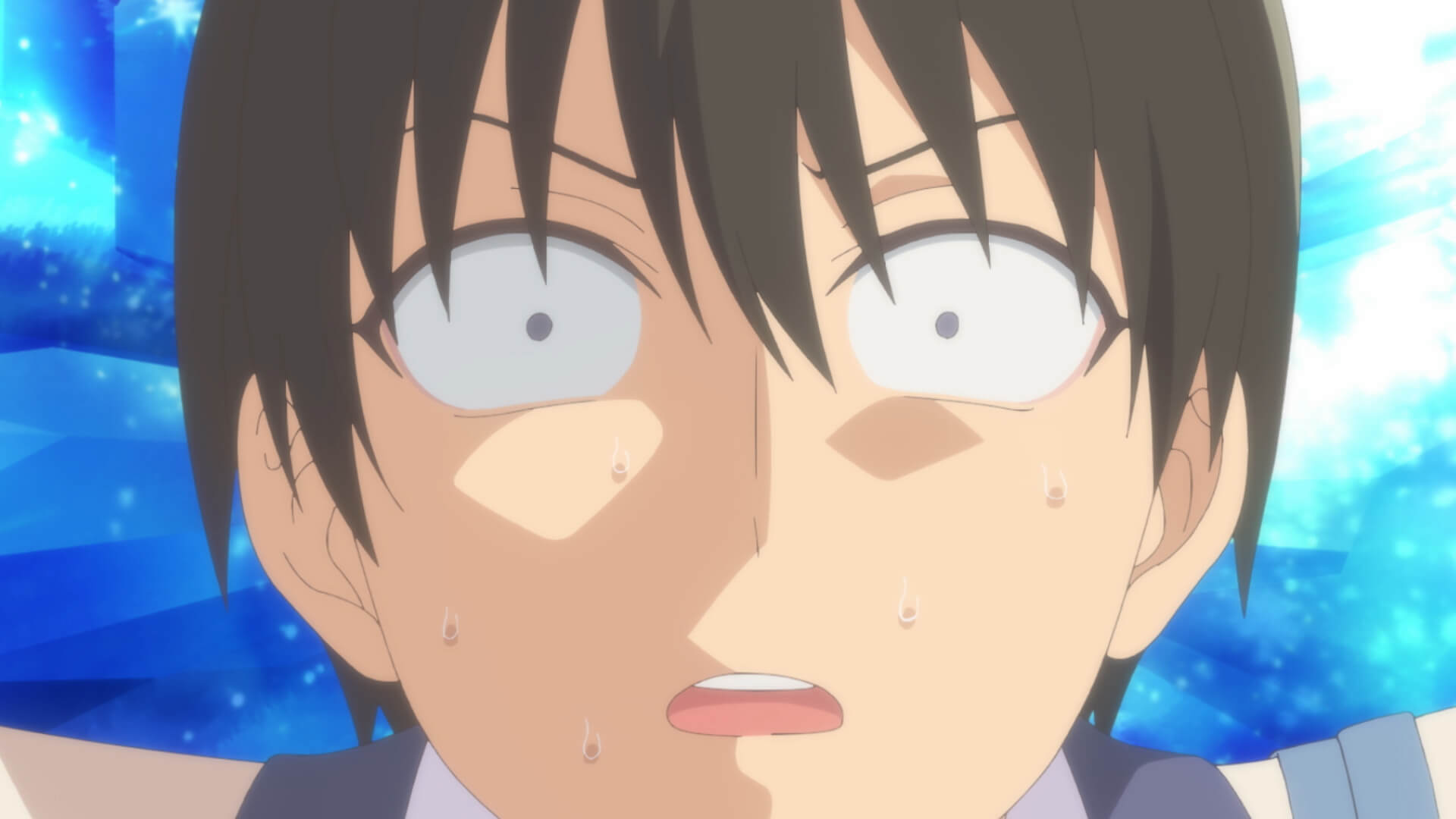 Kanojo mo Kanojo - Chapter 10: I want to go to the hot springs

To escape the terrible things that have happened recently, Naoya, Nagisa, and Saki decide to take a trip to the hot springs together. So after school they go shopping to get it all ready. However, by accident, Saki and Nagisa discover each other's intentions. But Nagisa agrees to support Saki throughout the trip.

On the way to Hakone, the destination of your trip. Naoya worries what the kiss with Rika might have done, but neither of his two friends has stopped loving him. Even so, Naoya wants to use the trip to get closer to them, so she takes them by the hand until she reaches the place where they would stay. Without worrying about the looks of strangers.

When they reach their destination, they are ambushed by Rika, who arrived ahead of time after hearing and following their plans. That wasn't his only surprise, though, because Shino was there too. Shino's motive was to find out if Naoya was actually dating two, which he almost made sure by showing the three of them together. But Nagisa blackmailed Rika again to get out of the situation and keep Shino's suspicions from growing until she learns the truth.

Something that has always struck me as weird about anime in general is that they consider holding hands to be a major "advancement". This is certainly due to differences in culture, ideologies and education between countries. Even so, I think there are times when the holding of hands is well integrated into the story. And to be honest, I didn't feel like it was in Kanojo mo Kanojo - Chapter 10.

I feel that the initiative was taken by Nagisa and / or Saki. This resulted from the shock of the kiss between Rika and Naoya. When they realized they had made no headway in the relationship, one or both of them tried to start with that little big step. Especially Saki for the insecurity she showed previous episodes.

For some reason, the action felt "advanced" when she saw this from Naoya. Maybe it's just because his personality makes it harder and harder for me to tolerate him. At some point it is annoying to see his overreactions and “screams” whenever he can. In fact, he believed that this last point was the most important one for which I increasingly despise him. Reading didn't make me feel the same.

Definitely back to the topic of holding hands. What made me happy that you did it? Kanojo mo Kanojo - Chapter 10 is that the reactions of the two were shameful, but they didn't remove their hand for it. If they did, even I would have hurt. Something to see in relationships with one shy character and the other more assertive / aggressive. Characters who technically could be Nagisa or Saki, respectively.

The real waifu has arrived in Kanojo mo Kanojo - Chapter 10

So far, none of the three featured heroines has managed to completely grab my attention. It's not that either of them bothers me, but I don't want to put them on a pedestal either. Because of the development it has had, Rika is my favorite so far. I have to accept, however, that for whatever reason, Shino is the one who, aesthetically, has always caught my attention. Who had previously gone unnoticed as an extra character with the thermal spring arch?

Shino Kiryuu, Saki's friend and the only one who is "slimmer" than her. Made his vote available by Takahashi rie. Something that, after knowing it, can't help but hear an explosion in my head with the characteristic proud sentence of a magician who is even "slimmer" than Shino. Or the laugh of an experienced joker.

Right now, I can't be sure if Shino is or will be my favorite, but I have a feeling that the character in her background has a lot more potential than any other heroine. Followed by Nagisa who, despite her advanced age, has shown very little Kanojo mo Kanojo. While Rika and Saki are tied up.

Both already showed what they had to show. If they wanted, however, they could give their characters more development, as Rika goes even more aggressively in search of her "future" and shows Saki early times in her past, for example when she met Naoya or Naoya for the first time. Basically a flashback for Saki and / or an "imagination / illusion" for Rika. Even if these were not in the original work.

As for the plot of Kanojo mo Kanojo, I'm sure the anime will end with the completion of this hot spring excursion arch. Or I think it should, because I think it would be "excessive" not to say that it unnecessarily rushes the plot.

So far, this hasn't been the best anime of the season, but it's not bad at all when it comes to comedy. So I'm already waiting for the announcement of a sequel. Especially since it will stay interesting with the end of the arc.

One Piece Manga dominates weekly sales with its latest edition

Date A Live Season 4 is delaying the premiere until 2022