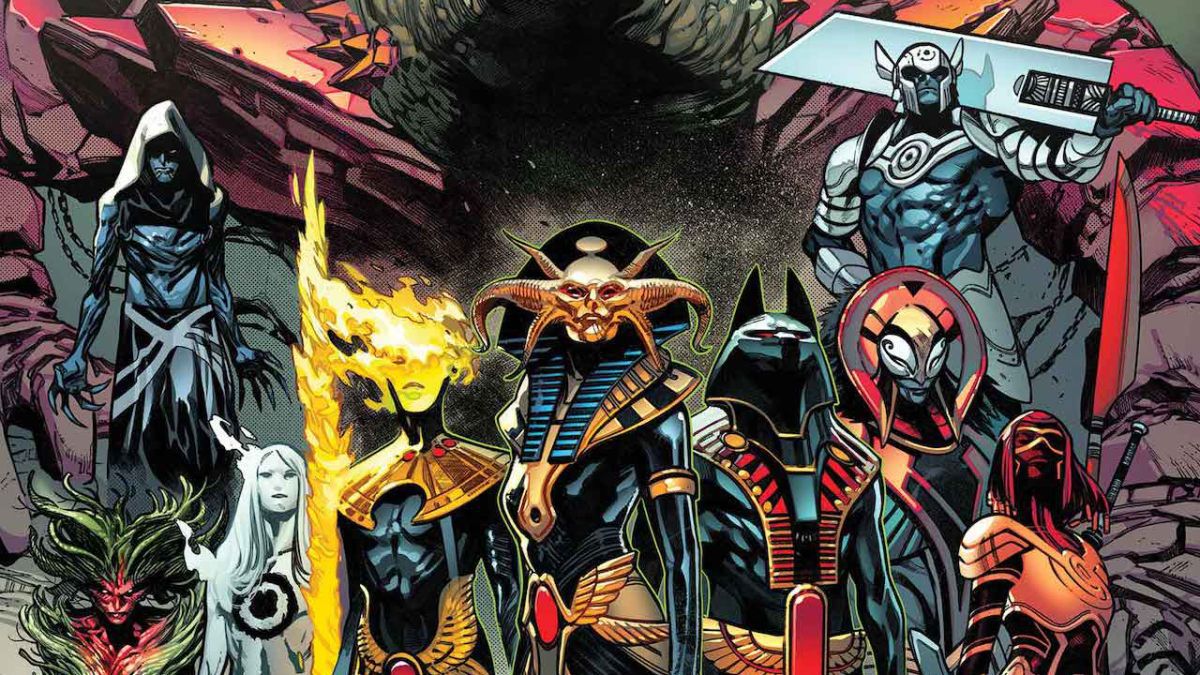 Let it go X the swords, Crossover series linked to the X-Men universe that bring us back to the Krakoa and Arakko tournament this new week. The new pages tell of the extraordinary clash between Gorgon and White Sword. Let's see what happened.

The new comic book contains and sees the stories X-Force # 14, Hellions # 6 and Cable # 6 Krakoa champions at a disadvantage. On the last few pages we could see the rules of the tournament changing, for example by watching the bizarre ending of an X of Swords character. This seems to create a lot of trouble for the X-Men who, despite Cable's concerted efforts, manage to bring them back on the road to victory, they will see the one Score inequality is increasing yet.

Starting with a score of 5 to 2, the Warriors face multiple encounters including "Resisting Torture," "Fight Under the Waves," and "Fight Against Death," reaching 18 through 6. In the last round we can witness the Clash between Gorgon and White Sword.

Arakkos fighter imposes a rule on the opponent: In fact, he will only fight the Krakoa warrior if this one can make his way through his hundred subordinates. Gorgon then begins to take down all swords, bringing his group to 19 points, but his challenger, encouraged by his companions, decides to end the opponent's life Lead your team to a tie.

Now the final battle is expected, in which apocalypse and annihilation will appear as protagonists. What do you think of this battle? Did you like it? Let us know in the comments. I also remind you that we saw a shocking wedding on the last few pages of X of Swords.