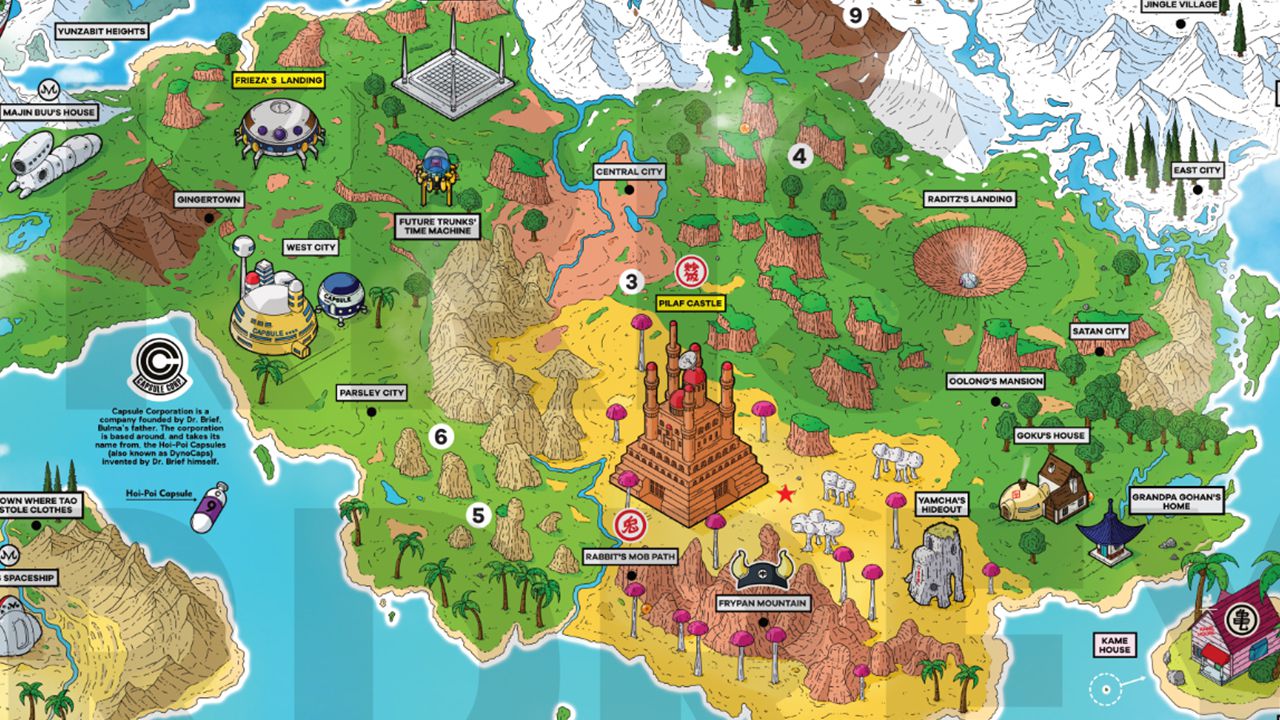 The world of Dragon Ball becomes a map: we study the map made by a fan

We have known the world of Dragon Ball for years with its main attractions. There is the Chinese style area where Goku was born and lived to be up to 12 years old, then the southern islands with the Kame house, the western area where the Karin Tower is and much more. But can you put all of these points on one map?

Some video games, like Dragon Ball Z: Budokai 3tried it and almost partially succeeded. Over time, the various Dragon Ball cards have been refined with the many productions of the past decade.

For the more curious enthusiast, there are those Dragon Ball World Map drawn by Kris Ardrey. The fan shared the photo you see below on Reddit: He has used the physical map of the Dragon Ball world several times in the saga, positioning the main structures. We immediately see a certain resemblance to our earth, with the continental mass on the left reminiscent of South America, while the huge island below traces Australia.

however The attention then shifts to the placesB. the China-inspired area where Goku was born and still lives with his family today, the four capital cities which also help to understand the four regions into which the planet is divided, as well as other locations of written and drawn of particular importance to the adventures of Akira Toriyama. Could you have put all these places on a map yourself?

I made this Dragon Ball card and I need some help seeing if the names are spelled correctly! by r / manga