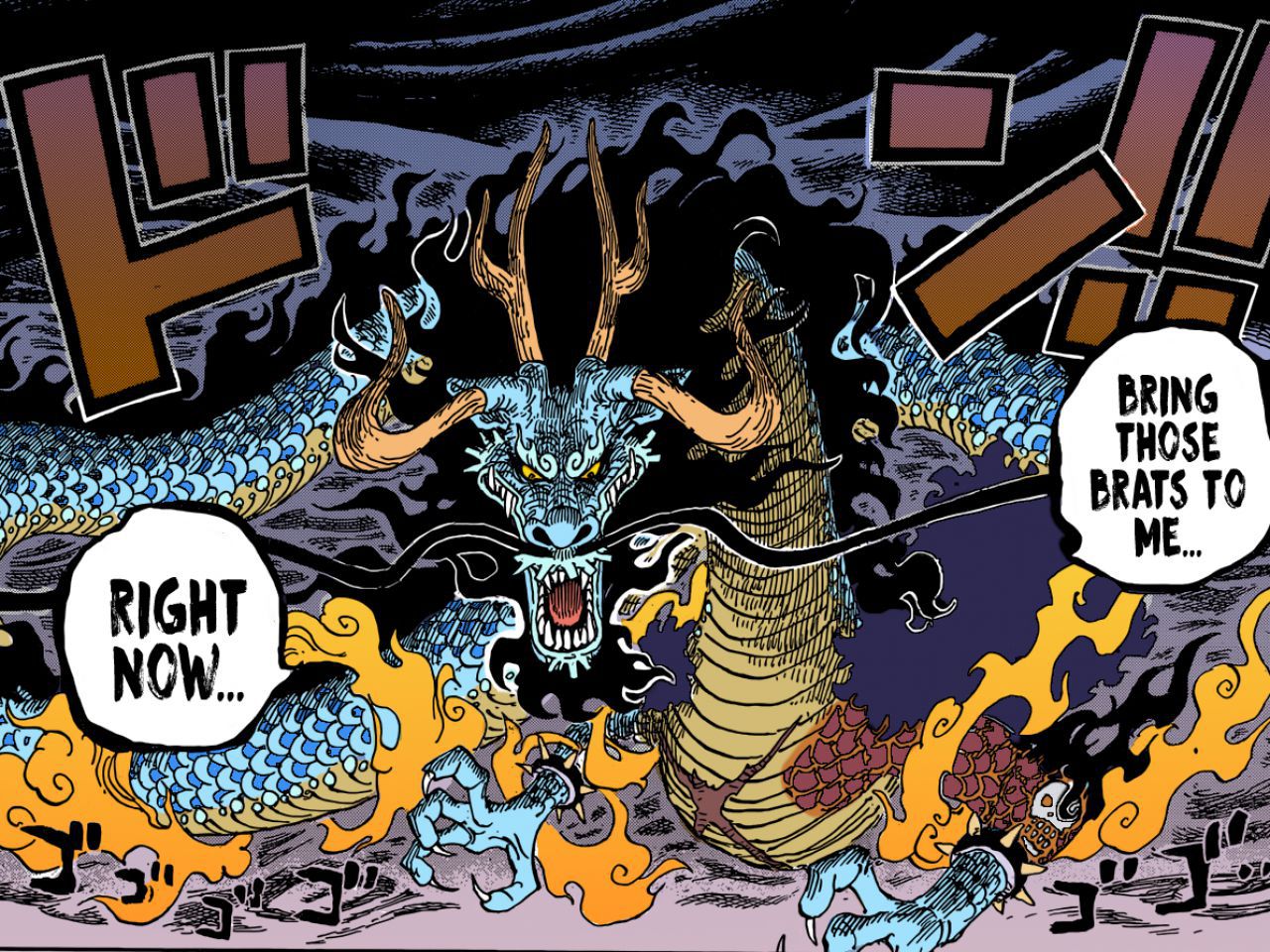 The countdown for ONE PIECE 1000 continues, a chapter that will be downright epoch-making. At this point, Eiichiro Oda lays the foundation for the clash between Luffy and the Emperor Kaido, which inevitably will be The most difficult fight that the protagonist of ONE PIECE has faced so far.

In chapter 990 of ONE PIECE, we saw how X-Drake might die, but the marine in disguise tries to lean on Luffy to fulfill his role. How did the captain in the straw hat take it? There The answer is in ONE PIECE 991 After a short break with Pound, Lola and Chiffon, this reveals all the doubts the crew has about X-Drake.

While Zoro and Jinbe are suspicious Luffy accepts without hesitation take away the wrath of his crew. Zoro is not convinced and exchanges a few strokes of the sword with the disguised marine, who continues to confirm that their intentions are the same. Meanwhile, Page One and Ulti reach the center of the action, transformed into dinosaurs, but an attack from Usopp hits the former. So the two dinosaurs aim at the sniper and Namiwho run away to remove the duo Tobi Roppo from the center of the fight.

When Luffy and Sanji try to get to Kaido, Apoo also arrives in the area. This time Luffy avoids the attack by covering his ears while the enemy pirate tells the numbers to recover and enter the battle. Franky is also forced to leave the area to lure the Numbers Hatcha away from the field X-Drake chooses Apoo as an opponent.

Meanwhile, the fight continues on the dome. The sulong form of Inuarashi and Nekomamushi is too powerful for Jack falls to the ground, exhausted in its mammoth shape complete with a broken tusk. Kaido, who had been watching so far, gets angry and prepares a boro breath against the samurai. However, Kin'emon uses his technique to cut the beam in half and protect his friends. The red sheaths are ready to die more than ever, but they take Kaido with them.

Well that too Kaido went into battleIt will be more difficult for the protagonists of ONE PIECE.

Yuru Camp Anime will get a Blu-ray BOX in December