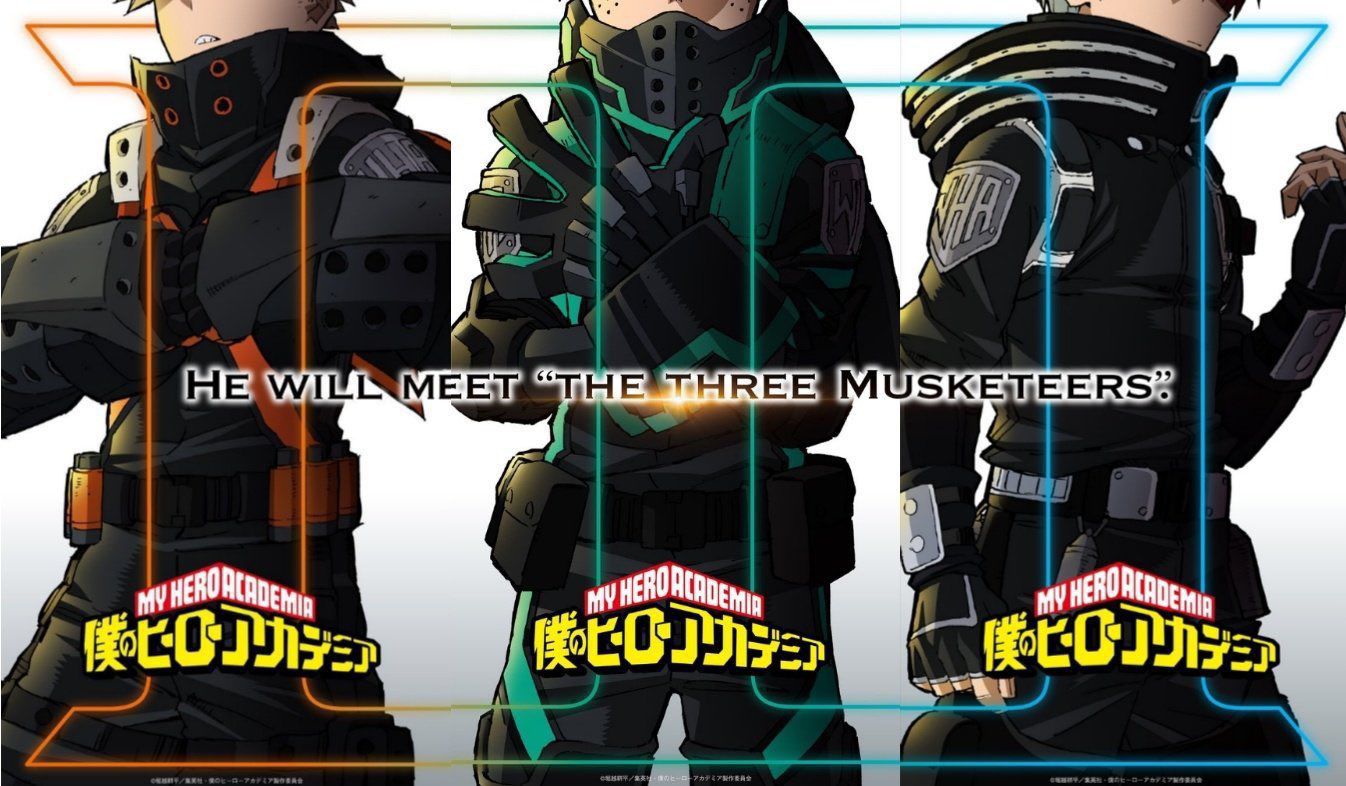 Deku, Bakugo and Todoroki, the three musketeers from My Hero Academia, are the ones Protagonists of the latest color sketch by Yoshihiko Umakoshi, Character designer of the anime series and responsible for the animations of My Hero Academia: Two Heores and Heroes Rising. The illustration also won Kohei Horikoshi, Author of the manga who re-shared it on social media.

The drawing, visible below, shows Bakugo shirtless on the corner of a ring, wearing his own combat gloves and ready to fight. Todoroki and Deku play the role of coach instead, and we can see them advise the aspiring hero on how to beat the opponent. The picture was awarded over 70,000 likes by fans, Although it will surely have been enough of a reward for Umakoshi to see Horikoshi's retweet.

Unfortunately, the image has no connection with the third My Hero Academia film, Three Musketeers, and obviously rules out the presence of its three protagonists. In the tweet, Umakoshi actually wrote: "Our work is hard, but we will do our best again this year"The sketch is therefore a metaphor with which Bakugo is ready to face the new challenges that await the team in 2021.

However, we are waiting to discover new information about the film and we remind you that the fifth season of My Hero Academia is about to premiere Starting February 24, you will be able to purchase the season three home video, finally dubbed in Italian.

The attack of the giants: The new TV commercial for the end of the manga shows Eren’s anger