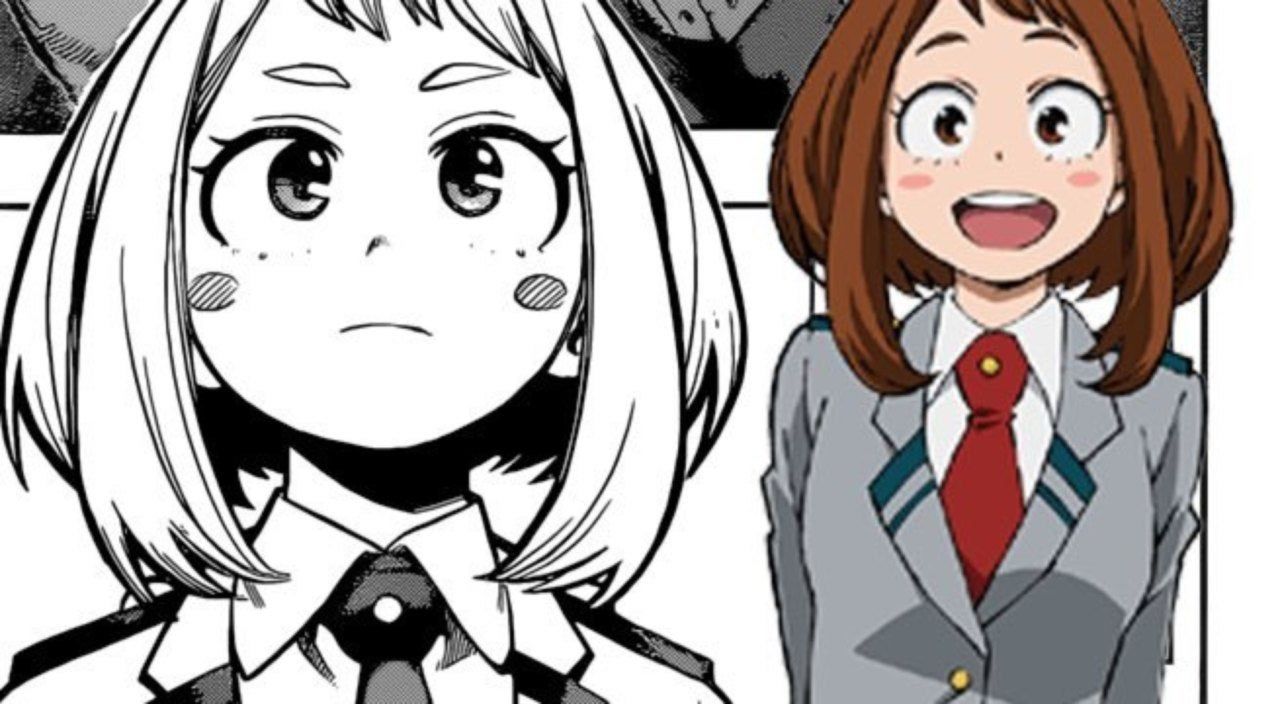 My Hero Academia 289 between fears and crazy declarations of love, what is Uraraka really feeling?

Chapter 289 of My Hero Academia briefly put the conflict between Deku and his archenemy aside to focus on two other characters. an antagonist and aspiring heroine Ochaco Uraraka. More than the clash, however, a question from Uraraka's opponent she asked was astonishing How does this feel for Izuku Midoriya?.

Let's take a step back. In chapter 288 of My Hero Academia, the clash between Uraraka and Himiko Toga began. still in shock after two deaths. The girl used her quirk to lure the heroine into an abandoned house, then tried to hurt her and asked about the death of her friend and the role of the hero.

During the battle, Toga Ochaco reveals that he killed a person after taking his form, thereby confirming that he discovered it Her quirk enables her to use the skills of the people she loves. Toga confesses her love for Uraraka, Tsuyu Asui and Izuku Midoriya and after stealing the All Might Keychain Deku gave her, he also reveals to her that he knows her secret.

According to toga Uraraka is as in love with Deku as she isand before fleeing, she expresses her disappointment that she cannot speak deeper about her feelings for the boy. Uraraka, on the other hand, does not react openly to the villain, but merely attacks her in order to recover the trailer.

Contrary to what we saw in the Woodland Retreat saga, Uraraka seems to have accepted her feelings for Dekuand who knows that after the clash with Shigaraki, the girl will not find the courage to profess her love. In any case a return to normal seems decidedly far awayespecially when you consider that Gigantomachia and the other villains are now ready to wipe out the heroes once and for all.

What do you think about it? Let us know with a comment! In the meantime, we remind you that My Hero Academia will return with a new chapter next Sunday at 5:00 p.m.

# BNHA289
The entire exchange between ochako and toga is so important! toga finally explains why she sees them and why ochako are the same. I cannot blame Uraraka for the fact that he cannot process all of this. You need to avoid getting hurt, defend yourself, and speak at the same time. pic.twitter.com/2UxeT8FCz9

The Promised Neverland: The new artbook shows the original design by Emma, ​​Norman and Ray!