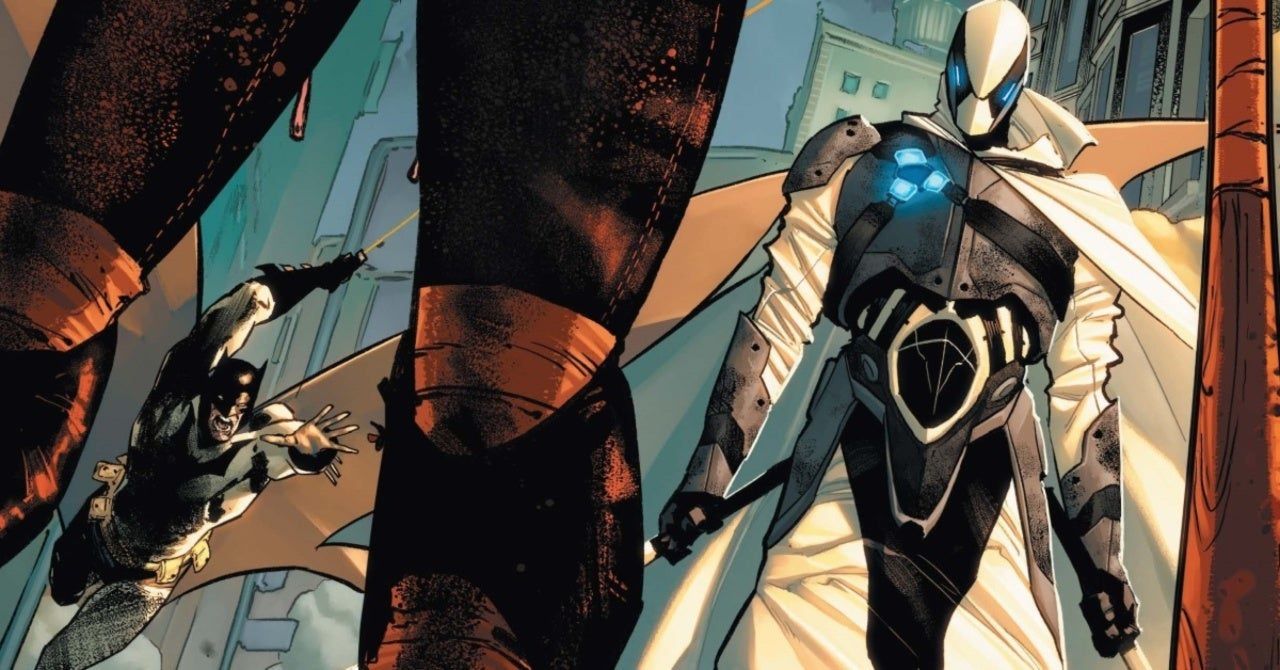 The war for Gotham has been over for about a month and until the inevitable return of the Joker Batman has a new problem to solve. In fact, a new antihero has appeared in town who is much bloodier than the bat man To stop him, Bruce Wayne has to team up with a far from sensible opponent.

The new antihero is called Ghost Maker, a vigilante armed with two swords, which apparently has several backgrounds with Bruce Wayne. Batman # 102, the latest edition released in North America this morning, has revealed new details about the antihero. including why the protagonist feels compelled to stop him.

In a review shown in the last volume Bruce Wayne remembers meeting Tommy Tivane, a sought-after Dublin resident with whom he competed years earlier. Tivane was considered by many to be a master at using knives, and Bruce wanted to know his secrets in order to improve himself at hand-to-hand combat. Before the clash of the two, however, Ghost-Maker intervened, which interrupted the fight and personally challenged Bruce. During the clash between the two, Bruce lost his temper and yelled "I'm going to make you pay for what you did to our master in Morocco", creating the possibility that Ghost-Maker might kill or injure their mentor.

Ghost-Maker was therefore a student of the same master as Bruce Wayne, but, unlike the bat, he preferred to adopt a more violent and determined style of fighting. After the events of the war for Gotham, the antihero has returned to "save" the city and now it is up to Batman to close the accounts and end the cycle of violence.

Meanwhile, Ghost Maker finds and attacks clown hunters. lurks on a roof ready to kill Harley Quinn. Batman comes in at the last second and saves the life of the clown hunter. He later prepares to face his old enemy. As shown in the spoilers for Batman # 103, Clownhunter and Batman will temporarily team up, although it is possible later on for the antagonist to return to focus on his revenge and eliminate Harley.

And what do you think will happen? How will the conflict between Batman and Ghost Maker develop? Leave your predictions in the box below!

Batman # 102 continues the big upward trend from the previous issue and gives me a lot of confidence in Tynion's future run. Ghost-Maker has a neat catch, Harley is well used as a supporting performer, Babs as Oracle rules. Just great stuff. pic.twitter.com/mEmB7aXE4b

My Hero Academia 289 between fears and crazy declarations of love, what is Uraraka really feeling?