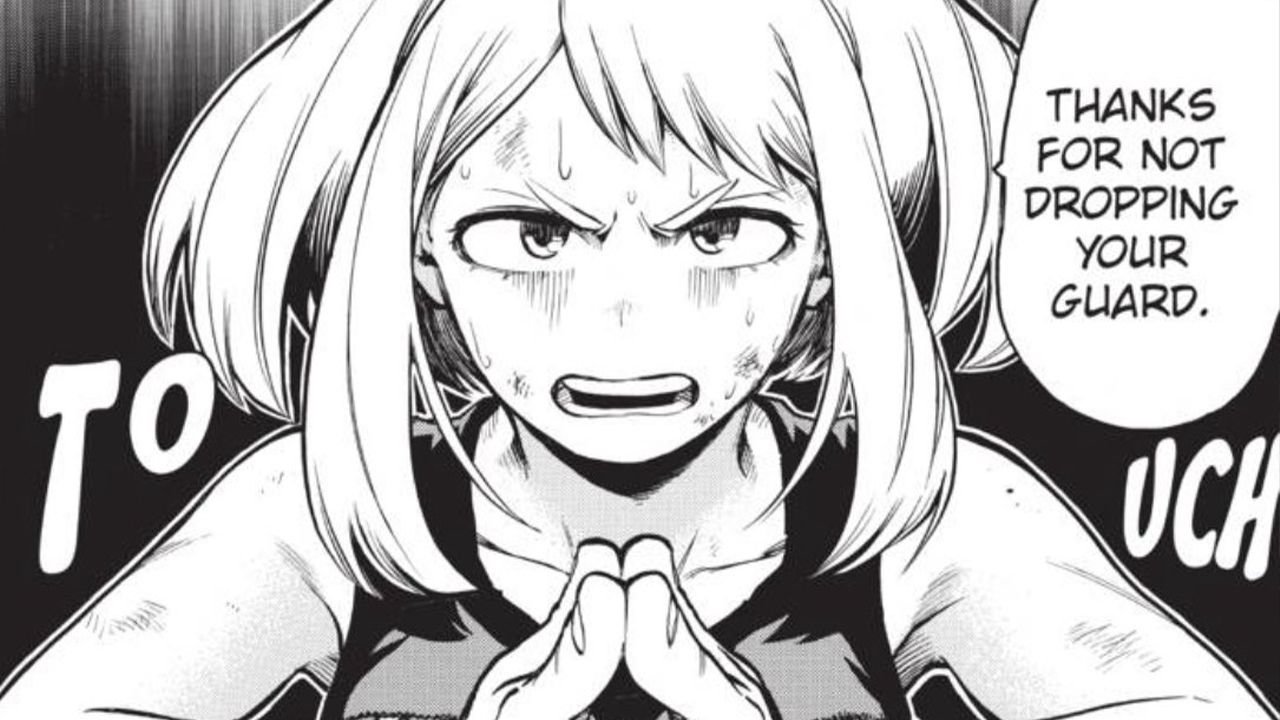 Weekly Shonen Jump's weekly releases are just around the corner and this is why the first leaks related to Japan's most famous series are popping up on the internet. Among them there is of course My Hero Academia This time his chapter No. 288 is published. Let's see what Kohei Horikoshi has prepared for this week.

Everyone expected a fight with Himiko Toga in Chapter 288 of My Hero Academiaand the first spoilers don't seem to disappoint. The title of the new edition is "Help Takeo!" and begins with a mysterious, consecutive character aboard a fighter jet. On the way from air to earth Jaku city is in chaos due to the arrival of Gigantomachy.

The heroes work hard to evacuate everyone, and of course there are among them too Ochako Uraraka and Tsuyu Asui. Meanwhile, a meeting for the bad guys takes place on Gigantomachia's back, but when Toga learns that Uraraka is nearby, he prepares for the fight. After receiving a capsule from Mr. Compress, he goes into battle.

Meanwhile, Ochako is alerted by an old woman who asks to help her Takeo. The girl from Yuei hurries up and down the streets when the old lady reveals that she is none other than Himiko Toga. In the abandoned house The two begin to fight and here their struggle of ideals begins. My Hero Academia will be on hold next week.