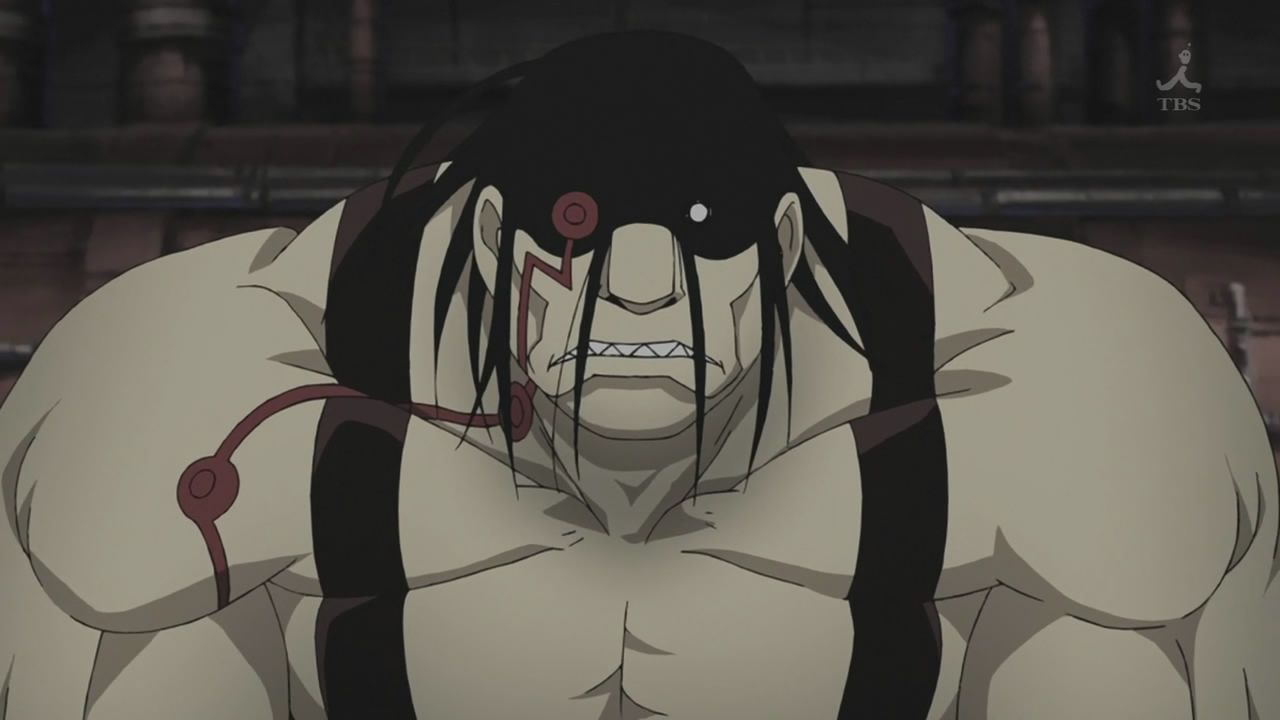 Fullmetal Alchemist: Brotherhood is one of the deepest and most philosophical of the Shonen series, with war crimes, the prize for ambition, life and death and much more, all adorned with incredible action scenes.

Fullmetal Alchemist: Brotherhood is one of the most popular anime of all time. Sloth is the largest of the homunculiand can hold his own in combat with Major Alex Armstrong, lifting heavy objects and throwing them without difficulty. It is also very resilient, bullets do not scratch it and can regenerate thanks to the philosopher's stone.

In battle Sloth uses direct attacks to take out its enemiesSometimes he also uses the chains on his wrists, for example to tie his opponents to columns or trees. If necessary, it can also go very quickly.

Sloth's weaknesses are its slow pace and low intelligenceThe homunculus attacks when it sees a target, but doesn't think before attacking, or waits for the orders of the assassin Homunculus Lust. If Edward and Sloth had collided, Edward would have had the advantage as he could use his martial arts and his small stature to avoid homunculus attacks. It probably wouldn't be that easy for Edward to beat Sloth: Sloth could grab Ed or throw objects at him, but Ed was able to avoid these attacks by using alchemy and slowly depleting the power of the Philosopher's Stone of the Colossus.

Sloth laziness manifests itself in his reluctance to use his true powers, but when he starts attacking an attack things get serious and could surprise Edward. Sure Ed could use barriers, but Sloth would go out of his way to land a hit sooner or later. Once started, And it would slow down and this would allow the homunculus to imprison the alchemist and possibly defeat him, which would end the battle.

Super Dragon Ball Heroes: 5 Antagonists Who Deserve To Be Canon