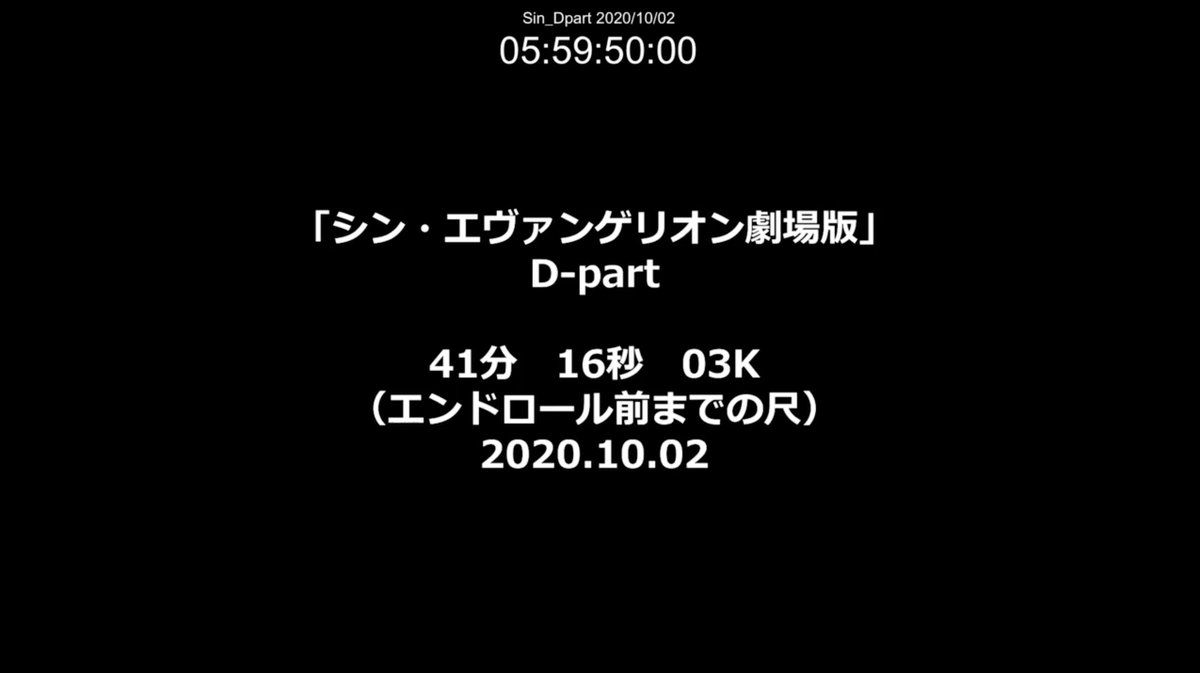 The press release that Hideaki Anno published a few days ago on the anniversary of the franchise caused great nervousness in the committed community, as again no information about the situation of was published Evangelion 3.0 + 1.0. However, one detail in the publication caused a lot of hype.

Since the postponement of Evangelion 3.0 + 1.0 last April Khara study did not reveal any news regarding the film's alleged debut date on the big screen. The delicate situation was exacerbated by the director's press release who put in certain numbering very similar to that used in the production to highlight the length of the film.

Much astonishment was therefore dictated assumed length of the film of 6 hoursas you can see yourself from the picture used in the opening. This has sparked a lot of speculation from fans who theorized a split in two parts of the latest tetralogy film. Rebuilding the Evangelion. In a short time, the news went around the world until Studio Khara had to intervene to explain the situation.

In an official press release, the company wanted to state that this numbering does not exactly affect the length of the feature film but a misunderstanding. In any case, there is currently no news about the actual duration of the film. We therefore recommend that you stay up to date on our pages so as not to miss the news on this topic.