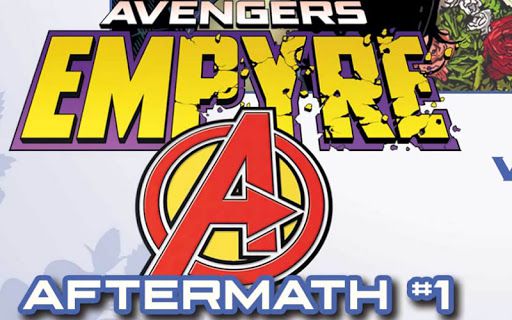 The epic transition between Fantastic 4 and Avengers Empyre has come to an end, as has the run of a well-known organization in the Marvel universe: theAlpha flight.

Described as "the legendary epic that will destroy the Marvel universe," Empyre has broken the balance at Marvel in several ways.

The series, which consisted of 6 volumes, was followed by 2 epilogue numbers called Fallout and Aftermath, one for Fantastic 4, the other for Avengers.

in the Empyre Aftermath: AvengersOur heroes made arbitrary decisions about how to behave after spotting the Cotati on the moon and learning of the imminent arrival of a fleet of Skrulls without relying on Abigail Brand's alpha flight.

Given that Alpha Flight is tasked with monitoring space and protecting Earth from interstellar threats, Brand takes this as a personal and professional affront and notifies Captain Marvel of this closed with Alpha Flight (all during the wedding reception in Wicca and Hulkling), which ends the organization.

But what followed Brand's announcement is perhaps even more interesting: At the end of the issue there is a flash-forward showing Brand, Manifold and other people in the shadows who come to the aid of Hulkling after him and Reich were the victims of a bitter defeat . And while the identity of this new organization is unknown, there is an X on Brands Uniform ... the return of the SWORD?

Speaking of SWORD, guess which organization popped up in the first trailer for WandaVision, the Marvel Studios TV series that debuts on Disney +.