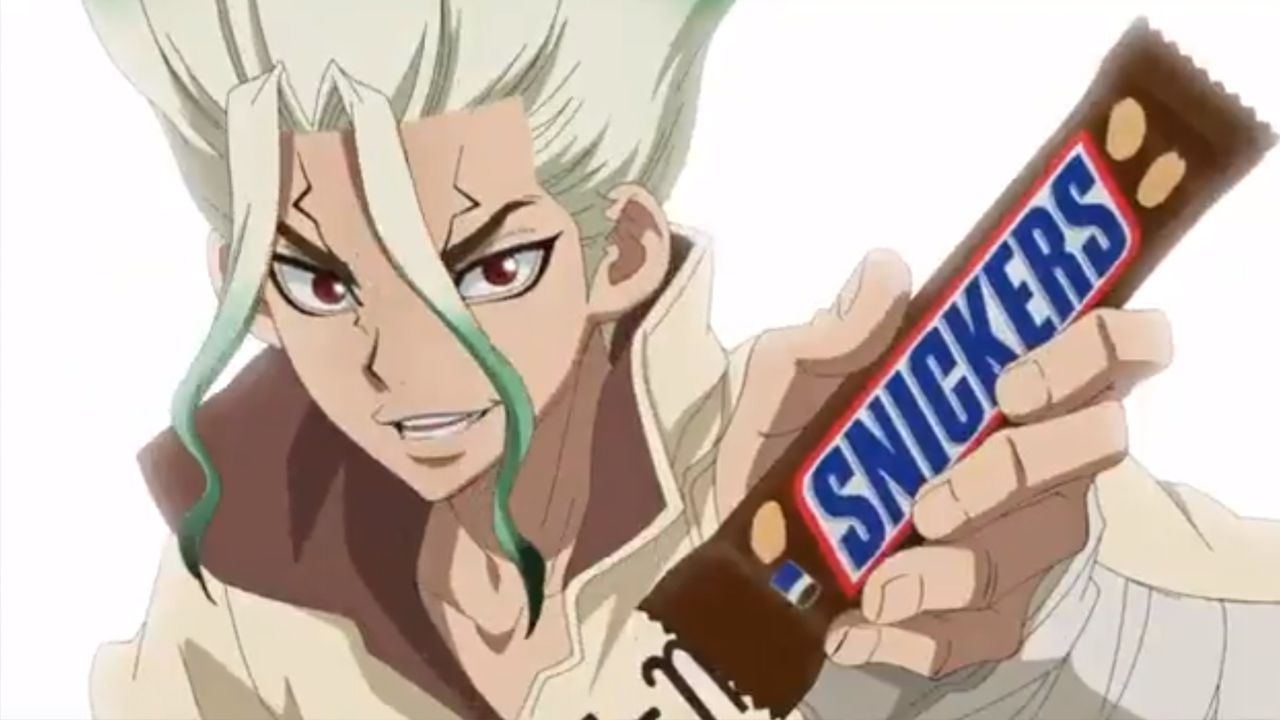 During the Dr. Stone series we got acquainted with the skills of Senku Ishigami, the protagonist who decided to carry the weight of the restoration of mankind on his shoulders until the moment before petrification. Returning lost civilization 3000 years later is certainly not easy, but thanks to the formula discovered Senku wants to try.

While on the second season of Dr. Stone is waiting, the protagonist will surely try to bring back to life as many as possible using the familiar formula he found. However, according to the new commercial broadcast in Japan, this is no longer the formula we know.

In the video below we see a Senku wandering through the forest until he comes across a stone statue of a boy. The reaction is immediate: Senku wants to destroy petrification with his new formula, that of the Snickers. The snack turns out to be perfect for reviving the boy, who then starts devouring the bar of chocolate.

The new commercial, the Dr. Stone and Snickers combined It definitely turned out to be fun for a lot of the network. It is a pity that in the world of stone, it is difficult for Senku to use this formula over and over again instead of acid. Dr. Stone - Stone Wars will debut in Japan in 2021.