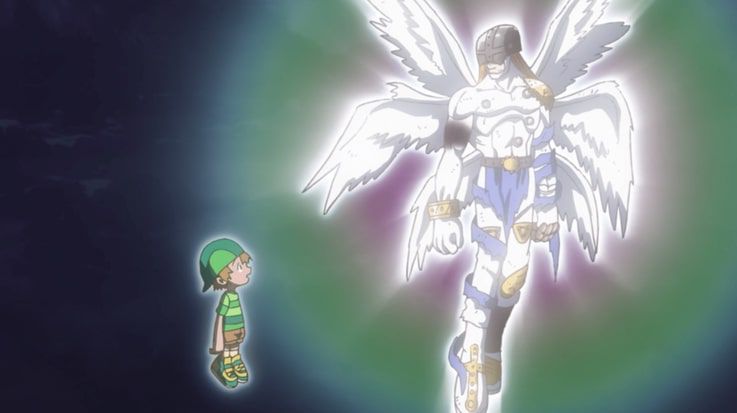 The latest episodes in the Reboot series Digimon Adventure 2020 They were complex enough for the Digi-elect to face extremely powerful Digimon, and most importantly, they are divided again in the digital world.

After Matt and Tai discover that TK is being held captive by Valvemon, they immediately try to rush to his aid, which is almost successful thanks to the intervention of their digital partners. Once in Valvemon, Matt and Tai You find TK locked in a strange containerfull of a certain liquid. Episode 20 ends with the portrayal of Angemon's silhouette, and it appears that the Digimon has also been captured and chained.

The episode also featured the sudden arrival of Velgrmon, throwing TK in the air and then locking him in his dark miasm, destroying Valvemon with just his eyes, creating a crater in the ground. Although the two DigiChosen are paralyzed, Matt's determination to save his brother leads him to take action.

With the Mega Evolutions of Agumon and Gabumon as cover, Matt manages to reach TK and break the envelope he's in. Matt's desperate screams awaken TK e Angemon eventually made his debut on the battlefield.

While MetalGreymon and WereGarurumon manage to literally decompose Velgrmon, we find that Angemon doesn't have much life energy after fighting in the war he told Tai and Sora about at the beginning of the series. He is reborn as a Digi-Eggstolen from one of Devimon's followers whom we see utter the words: "Now come back to me ... Holy Digimon."

Remember, the oldest voice actor in the Digimon series turned 101, and we'll let you find out why Digimon wears jeans.