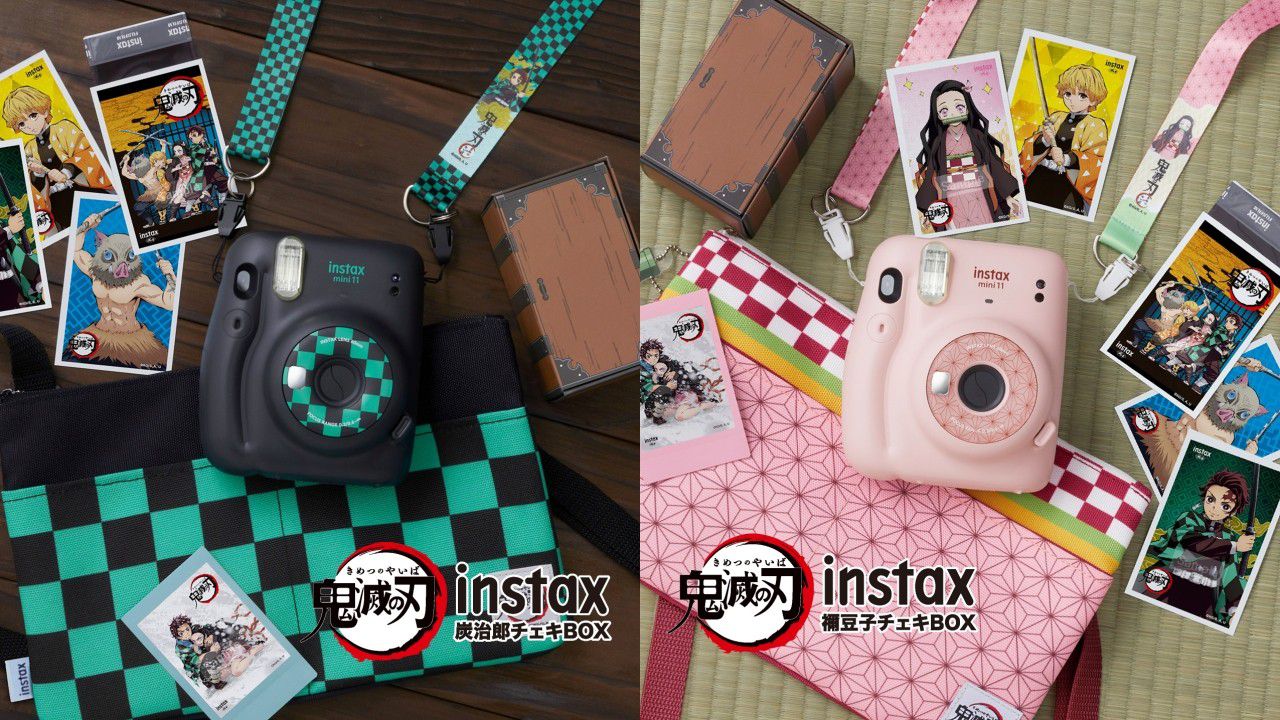 The great success of Demon Slayer: Infinity Train has led to the creation of new collaborations for the series Shueisha, Ufotable and Koyoharu Gotouge The Demon Slayer brand is now present on every possible and imaginable productespecially in Japan.

During yesterday, for example Fujifilm has introduced a new range of Polaroids that are inspired by the seriesThe polaroids are available in two versions: green and black (inspired by Tanjiro's clothing) and pink with star motifs (inspired by Nezuko's dress). and have slightly above average costs. Once the purchase is complete Users also get a wonderful container for storing photos, inspired by the Nezuko box.

Demon Slayer is literally everywhere and right now there is no other work in Japan that can stand up to him. With more than 100 million copies of the manga sold and over 24 billion yen raised from the movie in exactly one monthThe Ufotable anime is one of the biggest hits in Japanese entertainment history, and it certainly will be for a long time to come.

What do you think about it? Deserved success? Let us know with a comment! In the meantime, let's leave you with the final details of how Demon Slayer's second season production is produced: Kimetsu no Yaiba.

Yaoi Sasaki to Miyano Manga are adapted to anime