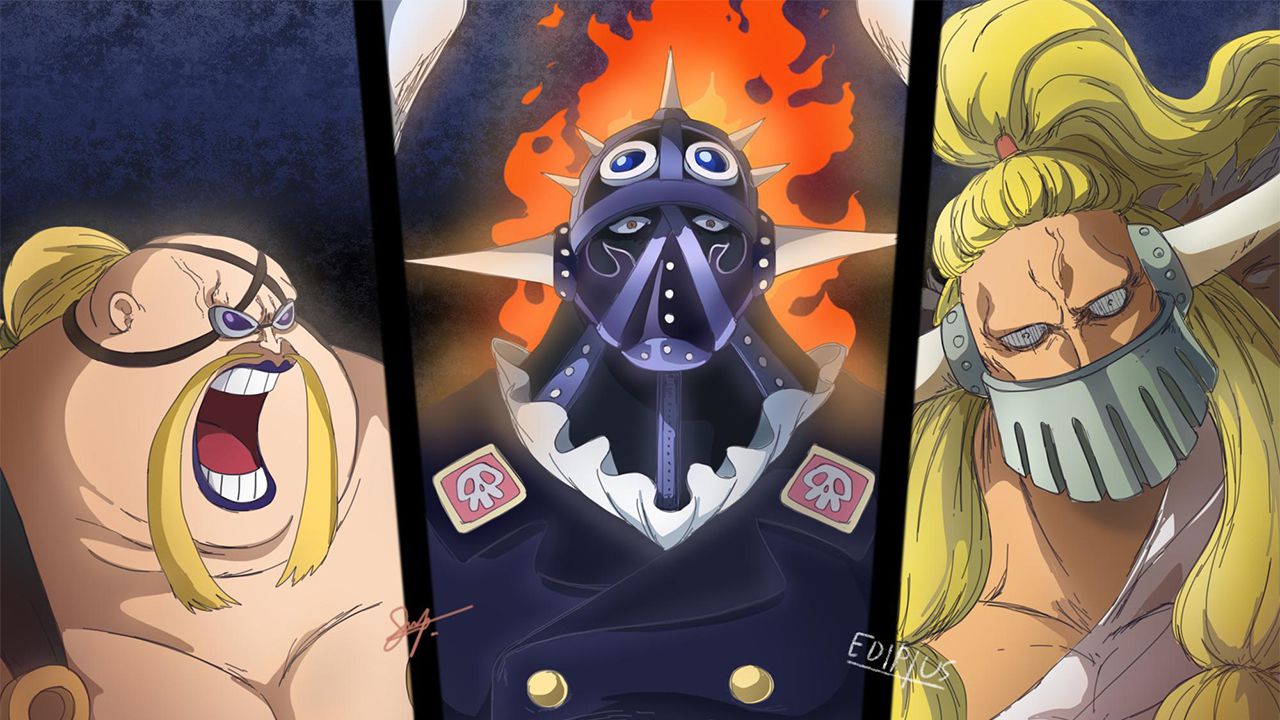 A PIECE 988: The full moon is the signal of the attack, the disasters begin to fight

Kaido's crew is made up of many people. In addition to the emperor at the helm, we met the six Tobi Roppo, the Numbers and the common soldiers as well as some other outstanding elements such as Basil Hawkins. But at the top of this pyramid are the three disasters, Kaido's most loyal and strongest soldiers. With It's the turn of ONE PIECE 988.

The chapter of ONE PIECE 988 begins with the usual mini-adventure dedicated to Capone Bege, again focusing on pounds. The actual chapter begins with a scene about Kaido, which is still on the dome. when he is about to be accompanied by Jack. However, the third calamity is stopped by some minks, especially the guardians of the forest and the musketeers who transform into sulong.

On the square, however, King notices that Shinobu is trying to free Momonosuke and throws her against a building. But the child strangely flies through the air, but once again misfortune notices the presence of someone: this time it is Sanji with the Germa Raid Suit and as soon as he passes Momonosuke on to Shinobu, he takes care of the fight against the king, which is in the form of a pterodactyl.

Luffy watches the scene and asks Yamato, Shinobu and Momonosuke to help, while Big Mom appears in front of the Straw Hat pirate. The empress delivers such a powerful blow that it pierces the buildings of Onigashima and leaves the samurai in astonishment. But Big Mama's attention then turns to Nami about to be attacked by Zeus, but suddenly Franky and Brook appear on the rhino motorcycle. Franky hits the Empress in the face as Brook cuts Zeus.

ONE PIECE 989 will arrive in two weeks for a new break from Eiichiro Oda.

Gotoubun no Hanayome: Quintuplets inspire a multitude of new products