This review on Majo no tabitabi The final chapter contains spoilers. If you haven't seen the chapters, we recommend that you do so and then go back to read the review.

Majo no Tabitabi - Final Chapter: The Daily Story of Every Ash Witch

Elaina continues her journey and comes to the land where your wishes will come true. Without hesitation, he steps in and wants to become a millionaire, but what he finds is not at all what he imagined. Through the thick fog that covers the place, Elaina can see various structures that she recognizes from her previous travels. On the way to the castle where he met Mirarosé.

Upon entering the castle, Elaina meets a different me, which was only differentiated by the glasses she was wearing. Elaina is self-led and ends up meeting fourteen other versions of her. Each with a distinctive nickname to differentiate themselves. As a newcomer, Elaina is referred to as the "protagonist". All of them are there without really knowing why, however, there is still another Elaina who is not present, the "violent" one.

While the "protagonist" sent the other Elaina to look for information about the whereabouts of the "violent woman", she is present in the castle. Attack and immobilize several of themselves. Start a chase that ends in a fight with the "protagonist". However, the confrontation ends in a draw. Without energy and with exhausted magic, they both have a conversation and discover that the real desire of every Elainas in this land was to meet themselves.

From the start, Majo no Tabitabi had seen Elaina make decisions that proved her personality. However, with what is shown in Majo no tabitabi - Final Chapter I began to doubt my own belief in this aspect.

Until now, he believed that Elaina's personality was that of a selfish, greedy, vain and naughty girl. A young witch who, if not directly involved, would not help anyone. At least he thought so until the other sixteen Elaina showed up. Although I accept that in the beginning I did not believe that they were of much importance to the plot or the character, more than "weird" additions to the chapter.

However, the moment they started introducing them, I couldn't help but believe that everyone had something interesting about them. So I started balancing each "Elaina" with the anime adapted stories to see if that was what she thought. That each Elaina was different because her choice had changed previous episodes. In the end, I was almost unable to unite any of them as expected, with the exception of the "violent" Elaina. Whose appearance let me know that it had something to do with the story of Estelle and Selena at Villa Rostolf. Mainly because of her appearance that reminded me of the 'lavender witch'.

The "violent" Elaina let me see the version of the "ash witch" who made those difficult decisions that the "protagonist" in this arc hadn't made. The Elaina that I had expected from that moment on, but had developed a little further in her development. After all, the charisma of the 'Ash Witch' is something that I personally find necessary in the character to differentiate them from other protagonists in general. Because of this, I can't say it's her "perfect" version, even though the "violent" one was my favorite Elaina of all. One continued idly on her journey while the other was absorbed by the cruel reality of each of her adventures.

Well the other Elaina isn't that I felt like filler. They also had their contribution, but more than to the history of Majo no tabitabi - Last chapter, I think it was towards Elaina's character development. When I saw the various facets, I realized that it was not just the arch of the Villa de Rostolf that had key moments in the development of the protagonist. All of the other arches / stories above had their contribution. Some more than others. For example, I don't see the same progress with an Elaina who stayed to help Nino as an Elaina who decided to trample grapes.

As was evident the plot was from Majo no tabitabi did not follow a single path, after all, the protagonist's only goal was travel. It was not an easy situation on the way to his ultimate goal. The stories you were able to tell were coincidences in your adventure called Journey.

Elaina did not want to be the most powerful burya, nor did she embark on her journey in search of a teacher, let alone the adventure of a hero in search of victory over the antagonist. Therefore, if I find the ultimate goal to be "nonexistent", I cannot accept that it has the best plot of the anime of its genre. It's not bad at all, however, and in fact the fact that it was different from normal gives points in its favor. There aren't that many clichés about magical and / or fantasy worlds in anime.

With "heavier" stories and moments. Deep, cruel, demensial or just realistic. But also with warm, friendly, funny moments and even with loving touch.

The plot of Majo no tabitabi He showed me how a simple flower can cause great misfortune. How a well-intentioned act can hurt someone. How love instantly turns into hate. But it also showed me the formation of connections between two strangers with a common or similar goal.

So I can't deny that I liked where each of the stories progressed even though I didn't feel a "main plot" or "end goal". Although I cannot say that they seem perfect to me, since we only saw one “path” in each, I wanted to know more precisely what would have happened if Elaina had taken a different path. If I had made a different decision.

Unfortunately, I couldn't read as far as I would have compared the original to this animated adaptation. However, in what little I can compare, I can say that I have mixed feelings. The best possible way. Although there are unmatched details that had some weight in the relevant story. There are others too who I think have surpassed the original work.

As for technical details like animation and sound effects. I have to accept the study C2C He did a great job, especially with the visual effects in action scenes with magic. The aesthetic aspect of the characters was more than acceptable, although there were a few moments when it seemed like they could be more detailed. For example, in the crowd, I got the feeling that the characters were simpler, even in scenes where the crowd wasn't big and the setting wasn't focused on showing the characters' full bodies.

On the other hand, the fan service was always present. Although Elaina's underwear was never shown (though the possibilities existed) there was always fan service. Of course, more focused on fetishes and using different angles in the shots. That's why I'm as clichéd as the fanservice in this section, more than satisfied. In fact, I appreciate that you confirmed the author's decision not to show Elaina's underwear and still, you did an excellent job.

With the music and sound effects, I also think they did a great job. In the vast majority of scenes, the background music was perfect for the occasion. Of course there were their exceptions. If I had to say the biggest "problem" in the general sound area of Majo no tabitabi would be the volume. There were times when I felt the volume was too high or too low to give the scenes the right effect. But it wasn't a big deal either, and in fact, maybe it was just that for me.

Given what I mentioned above, my personal rating for Majo no tabitabi It is 8/10. It was a great show, but it has material to be even better. I don't think it takes a fully faithful adaptation to the Licht novel to achieve it, I actually feel like they were on the verge of achieving it. It was just the small details that didn't make the series perfect.

But of course that's my take on this anime. There will be some who think it is the best anime they have ever seen, while others will be disappointed if they don't live up to their own expectations. Everyone has their opinion on it.

Would definitely recommend Majo no tabitabi, especially for those who like magical anime and are looking for a story different from the traditional one. Just like I wouldn't consider recommending it to someone new to the genre. After all, I think it is helpful to start with the known and cliché in order to identify and determine your own taste in each genre. And I don't think this is a series that fulfills the cliché aspects.

The only thorn in the side is that they won't confirm a second season for the series. However, thanks to the final scene of this latest episode, hopes for a sequel haven't been dashed. But I have a strange feeling that if a sequel isn't announced soon, I'll see this final scene as one that left the ending open. And I really hope that doesn't happen. 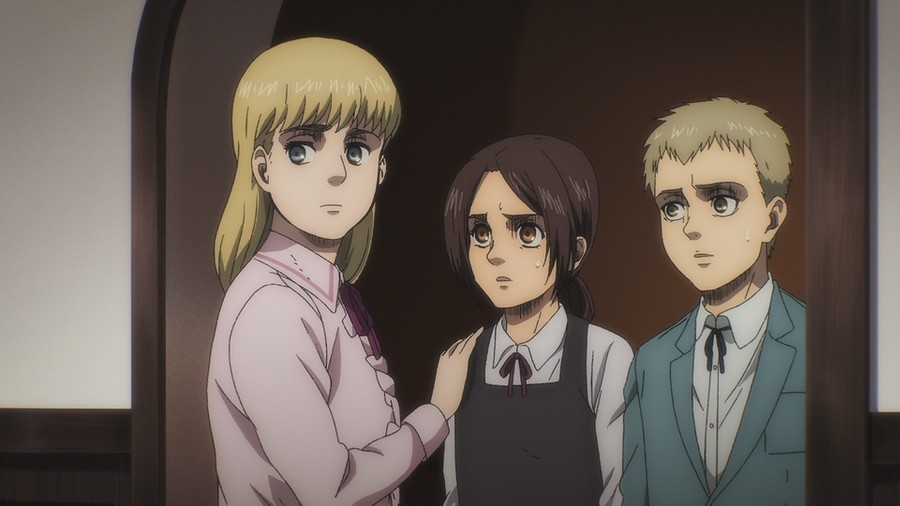 Hataraku Saibou Manga is about to end

Boruto 53: How much time is there after the last fight in the seventh hokage?