Warning! This review on Fruit basket final Chapter one contains spoilers. If you haven't seen the episode yet, I recommend watching it and then going back to read the review.

"That is an unshakable truth"

Fruit basket final Chapter two begins with a dream for Akito that brings back a childhood memory that he shares with Shigure. As Tohru continues to process Kureno's revelations, year three is nearing completion and everyone is working on the preparations. Yuki does his job as the chairman of the council, but can't help but be jealous of other people's fun. However, a feeling of joy arises when Machi approaches him. On the other hand, Tohru is still wrestling with what she knows and tries to discuss it with Kyo. He doesn't take the conversation well and Tohru becomes depressed, but when Kyo sees her he regrets it and gives him a flower to ask for forgiveness. Shigure also gives Akito a paper flower that brings back old memories.

A new concern comes to Tohru when she believes she has spent time without hearing from Rin. Elsewhere, Shigure attends a meeting with Mitchan and avoids greeting Akito. We review the conversation Shigure had with Kureno on the phone. Shigure later goes to find Akito in the main mansion. The two have a fight that reveals why Shigure lives "outside". From the rest of the conversation Shigure and Kureno had, we know how deep Shigure's feelings are. Before he can leave, Akito pounces on him and they both sleep together, which makes it clear that Shigure's love is complex and very deep. For her part, Tohru tries to find Rin, but there is no news from her, one last uncomfortable take on her whereabouts.

I think this review should be broken down into the three pairs we saw. Each had its moment to shine and represents different things.

Let's start with Yuki and Machi, this pair was just beginning to show signs of attraction late last season. Both Yuki and Machi have their own complexes that keep them interested in each other. For Yuki she is a girl like no other, she is someone who sees him as herself and not as the ideal of a perfect prince. He also shows interest in her as a person, her attitudes, her past, her character, he feels a fascination for meeting her. Machi is interested in the change she has seen in him. Knowing the loneliness and the weight of expectations, it was not difficult for her to see all of this in Yuki. When I noticed her change, he became more interested because she longs for that fresh wind.

One of the great complexes of Yuki is the stigma of being known as a "prince" because that label separated him from the rest. He envies the freedom and camaraderie of others while longing for "the normal". Within this longing there is also the desire to be recognized and needed by someone who wants to be special to that single person. And while everyone treats you special, that's not how you want them to feel. When Machi appeared in front of him after following him for a long time, Yuki felt completely happy, because among so many people there is someone who is just looking for him. The clumsy pursuit of Machi brings a revelation for Yuki, his longing to be someone special is more like this relentless search for her than all the princely treatment he has received.

The interest that already exists between the two has only now increased. Machi can no longer stop looking for him and Yuki has discovered the happiness of being the target of that search.

A deep concern for the other

Then we have Kyo and Tohru, both of whom share a very cute moment in the episode that involves a lot of things. Let's talk about Tohru's confidence first, after discovering the truths Kureno revealed to her, she couldn't talk to anyone. He was certainly talking to Hana-chan and Uo-chan, but he did not reveal the weight of the confessions he received. The subject is so delicate that he knows he cannot talk about it freely, he couldn't even talk to Shigure about it, even though he knows he knows one of these truths. He couldn't discuss it with Momiji either, although he feels obliged for his help. Despite all of this, she still felt more comfortable trying to discuss the matter with Kyo, no one but him. The problem is that this is not an issue that Kyo can tolerate.

The subject is not easy for Tohru to bring up and Kyo took it so badly that she did not expect it. But while Kyo doesn't want to talk about it, that doesn't mean he wants to hurt her or minimize her efforts. He continues to be awkward at expressing himself and also remedying their disasters. In his heart he wants to be gentle with her. So he excused her with the paper flower, because actions speak louder than words. His words are not always exactly right either. Kyo is not ready to talk to her about the curse as he has long since resigned himself to accepting fate. He's already given up, she hasn't done it yet and she doesn't want to hurt the other either, and this scene leaves us with one person's love and concern for the other.

We save the best for last. Akito and Shigure's relationship has always been the source of much controversy and this chapter was just meant to keep the fire going. Many things were discernible between the memory of Akito's childhood, the conversation with Kureno and the struggle they fought. First, we have the deep love Shigure has for Akito, it's not normal love, it's complex, stale, and dark. Shigure's love began from childhood, his longing for Akito was different from the others, he always knew that. We need to make it clear, however, that there is nothing immoral there as Shigure didn't do anything to Akito until she was older. There are many contradictions in his love because his need for her is so deep that it almost borders on hate itself.

Akito isn't very different from Shigure, she doesn't know her own limits. Since she is "God" and must be loved by everyone and has a special bond with everyone, it is difficult for her to know her own heart. However, it is clear to everyone that their longing for Shigure is different from the others. They've both been very hurt, but they just can't let go because each is sure they need the other. Akito and Shigure will not be able to have a normal relationship while the zodiac ties exist. Everyone's personality is obsessive, dark, and even controlling, but even with that, their relationship might not be so twisted if the curse isn't on them. Shigure knows this and therefore longs for the curse to be broken. In this way, Akito can only be.

At this point in the story we can see that Shigure is someone pretty dark, but it's only part of his personality. His desires are deep and he is not afraid to use anything to achieve them. He was also revealed to be vengeful, not all of the love he has for him helped him not to hurt Akito. He hit her where it hurt the most, and yet he still doesn't doubt his love for her. That is why we can speak of flawed love, it doesn't just define how to love it or how to hurt it.

Fruit basket final Chapter two was an episode full of emotion, we had tender, funny, dramatic moments and others full of tension. What I love about this story is how they take their time to develop the scenes. There's a lot going on in this chapter, and you still manage to put it together neatly. It is evident that they are not wasting any scenes, the call between Kureno and Shigure is the example of the occasion. The animation kept its quality and that is appreciated, the detail of changing the beginning of the end was valuable.

Before I finish with the review, I would like to make one final point about attention to detail. This time I mean the end of the episode as Shigure's words match the window scene we saw. If you looked carefully and tried to remember, you might have noticed that this is the cat room Kyo is locked in. It's strange and even poetic how Shigure's words, in some ways, fit this place.

Anyway, these were my first impressions in this chapter. Tell me, what did you think of this episode? How do you see Shigure and Akito's relationship? What was your favorite moment in this chapter? Where should the line between deep love and hate be drawn? In the next chapter, in addition to completing the third year, we will have more of Yuki and Machi. 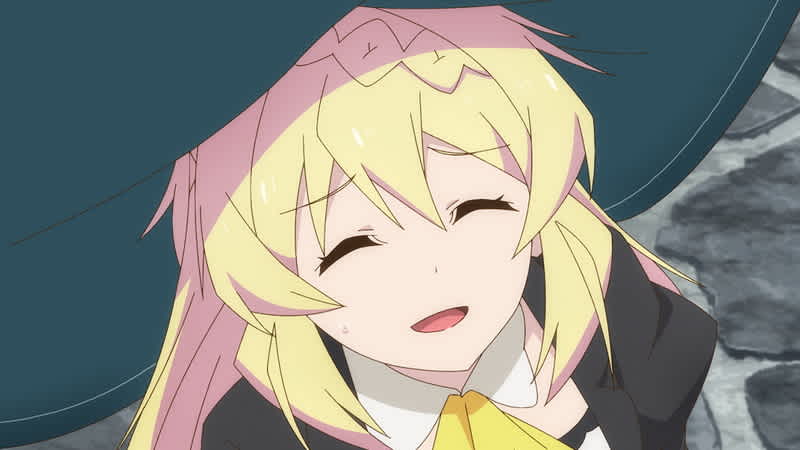 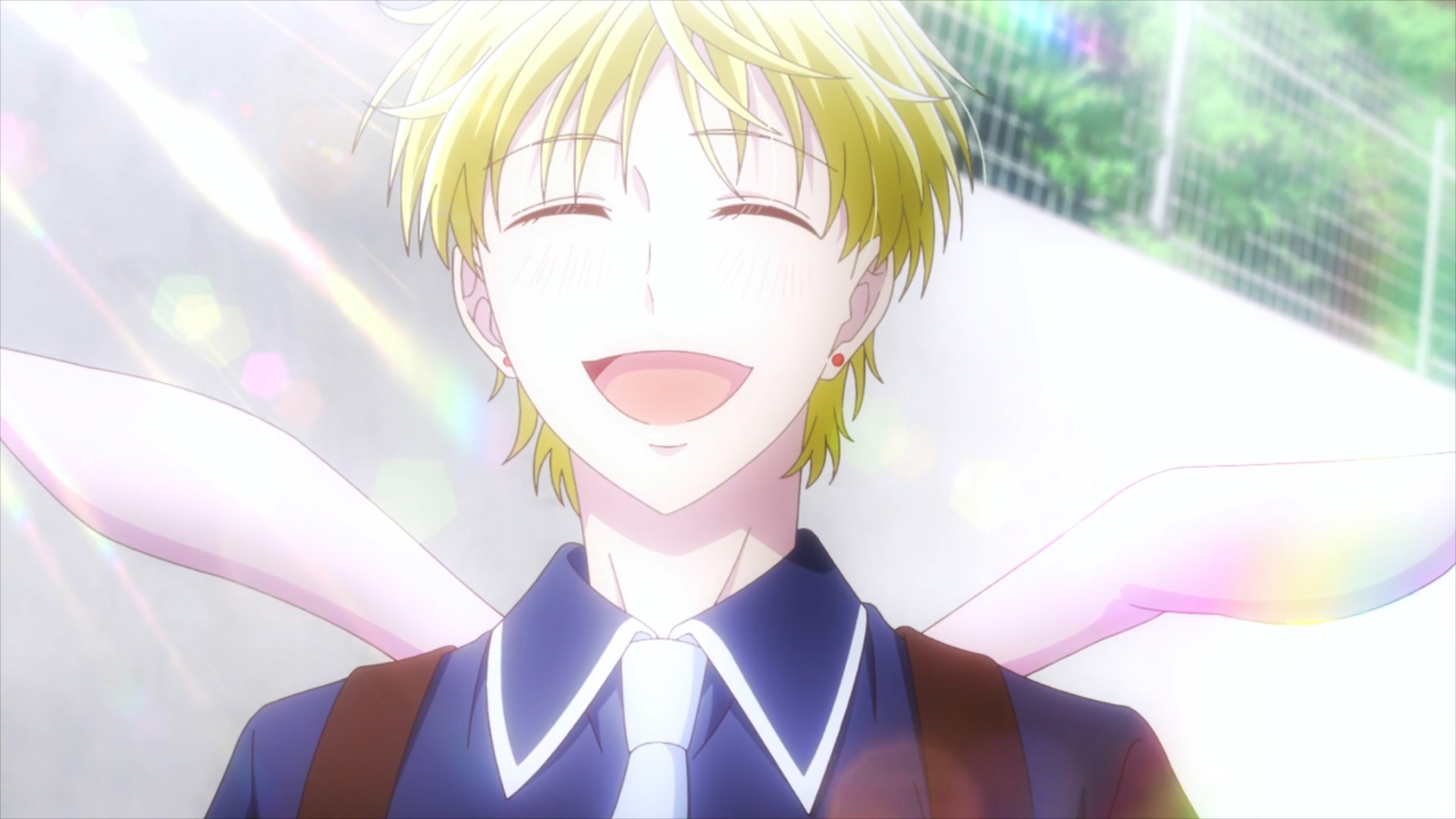 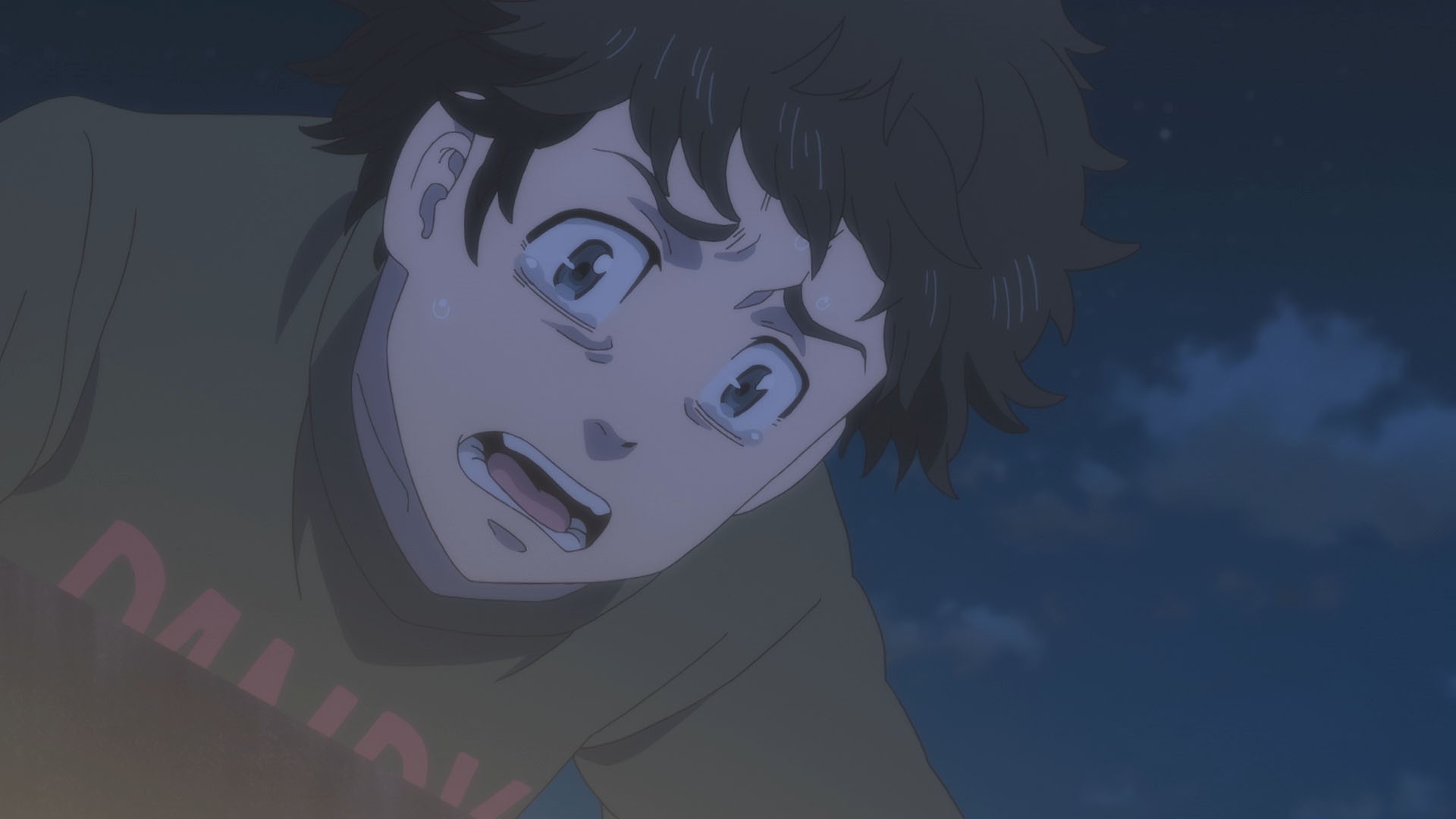 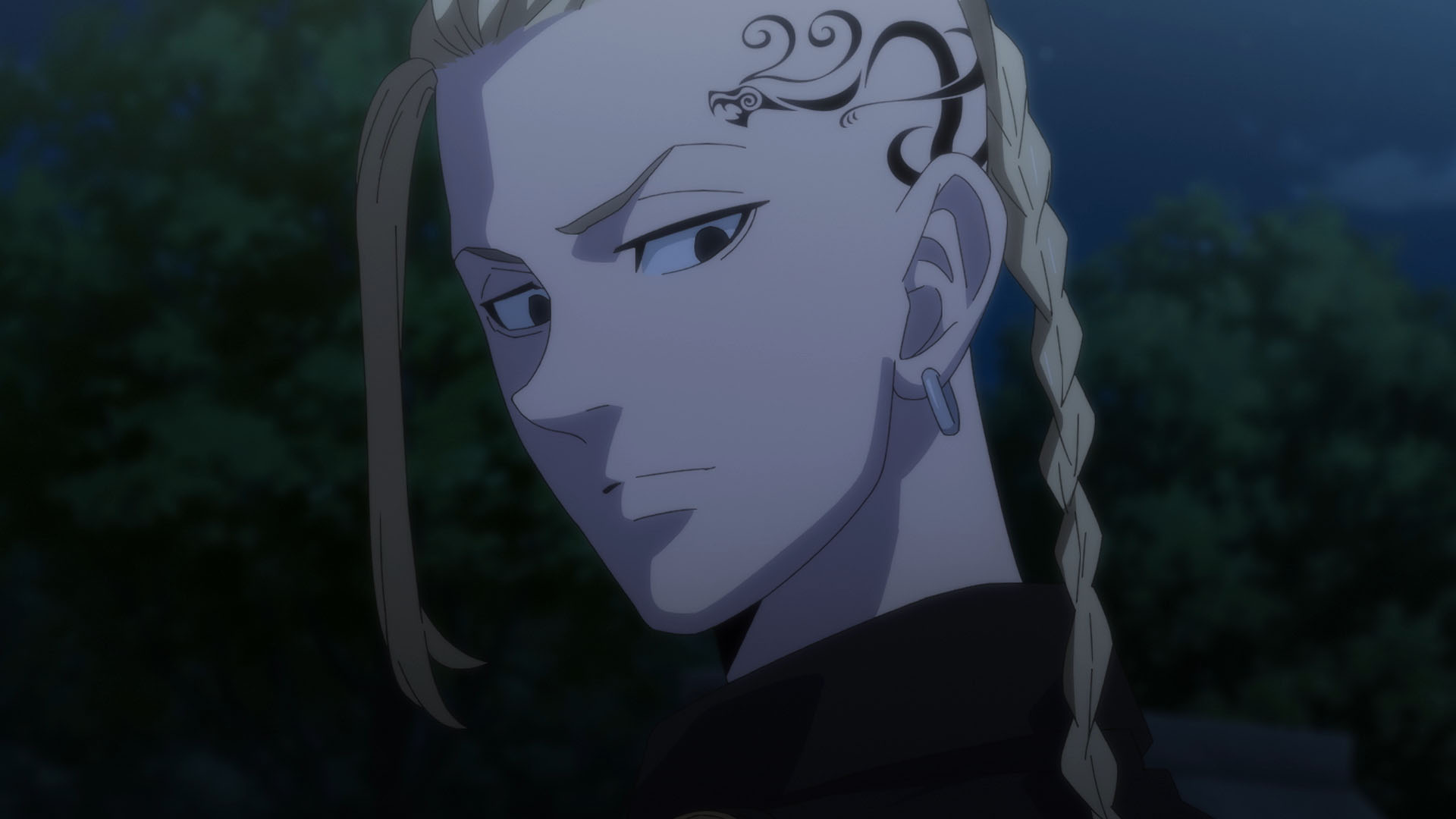 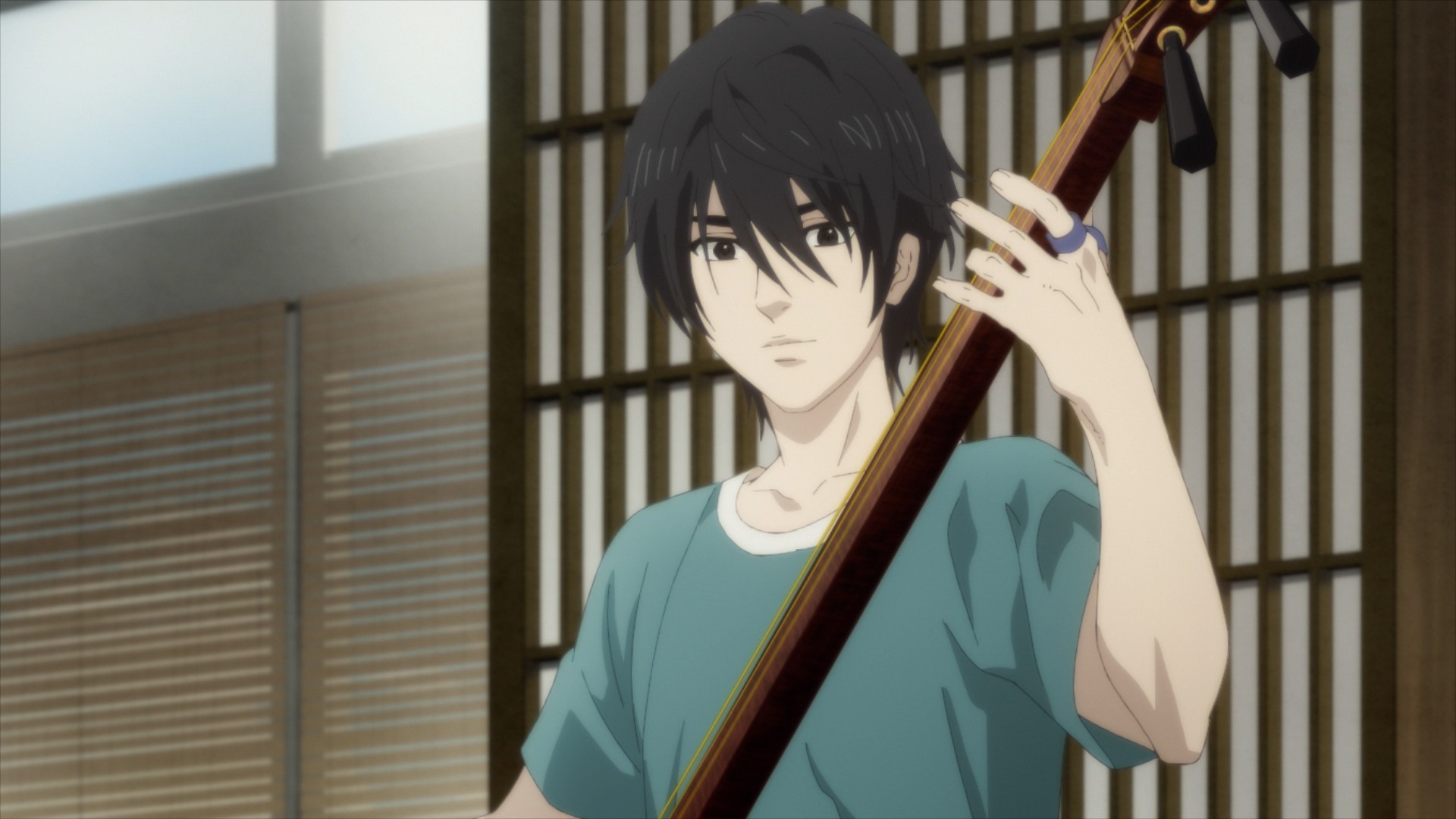