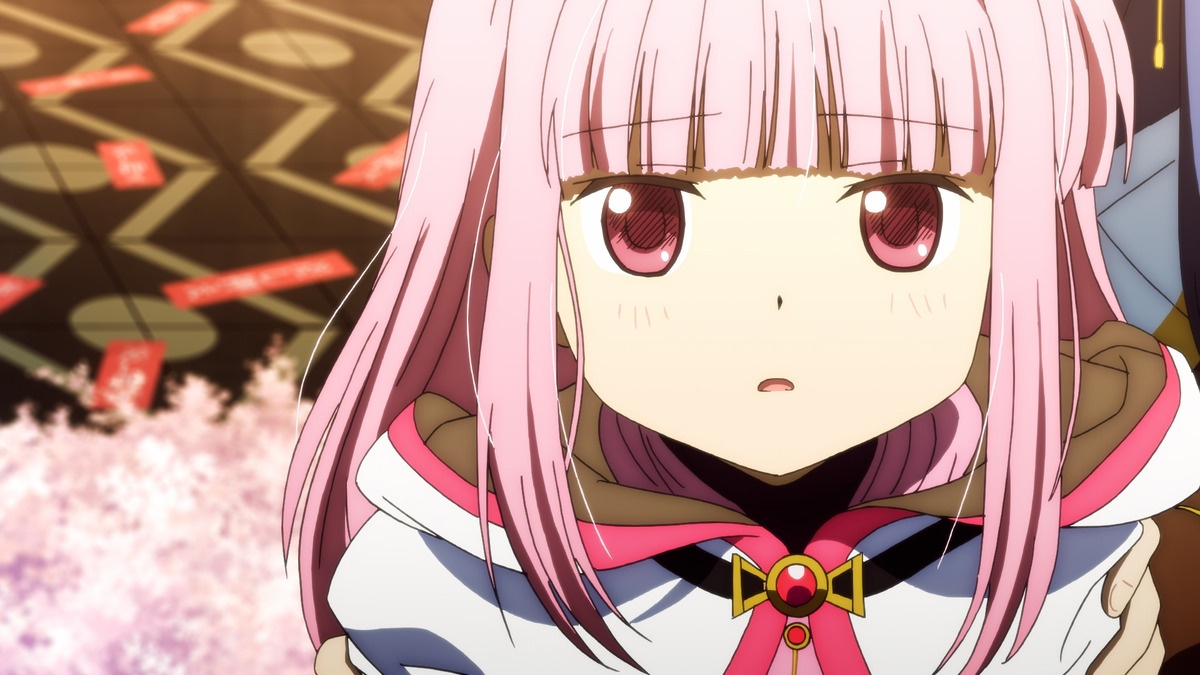 Chapter 4: Is That Right?

Iroha is saved, but they have to go to Nemu and save the other Magical Girls. Kuroe guides them and for the first time they can enter the rumor about the hotel, but Yachiyo cannot enter when he meets the twins. Those who have entered meet Kaede and Rena, who are fleeing from something, who want to go for Kaede's welfare. But they fail and they are all found by a rumor that haunts them, they fight and defeat him, but then Kaede can no longer take it and enters Doppel. After a brief struggle, they manage to contain them and Mitama locks them in a bubble. You take them to a special room and ask about their well-being. It seems like the fight for the Magical Girls' happiness is about to begin.

If I could summarize the chapter in two words it would be: half half. The first half was like a transit without much to say or add, except for one exception which is the proximity to Nemu's death, the second half is the plot and that which is relevant to the plot can be felt. This is discussed below. Here I want to highlight the soundtrack of the fight against rumors that Iroha and Kuroe had when they did this associate. Aside from feeling nostalgic, that's the tune that shaped the franchise from Madoka Magica. I am very supportive of the concept of magic, mainly because it has a lot of medieval inspiration. There is nothing more to say about the rest, the chapter stayed within the good standards it handles.

To the Faint Hope Hotel

Iroha and Yachiyo hug and Kuroe begins to tell certain things that encourage him to get active again. The voice that sounds is impressive, it is not explained whether only Iroha or the others hear it, but one thing is clear: they will meet again. They bring Kuroe to their base, they talk briefly and Yachiyo also cheers, because they have to do that together. Regarding my yachiyo bow, I think the loss of Iroha could be better processed because if we remember how last season ended, it all spelled a black future for such a strong magic girl. It doesn't seem to have any consequences and I doubt it will be explored if it does.

I have to say the hotel was a bit disappointing, this site was easier to access than planned, but it is warranted so there is nothing wrong with it. The twins must activate doubles in order to fight Yachiyo. I think we know who is going to win.

Inside, the two new friends meet two other friends, Rena and Kaede. The latter had a conflict when activating her double and wanted to flee, but Rena helps her but both are followed. Both groups come together because the output has changed. You are attacked by a defense rumor and use Kuroe and Iroha associatewhich seems to be a skill that connects the power of two Magical Girls and is stronger the more compatible they are. You defeat him and Kaede is instantly transformed.

That it will be this place has a meaning in everything, because you have just seen one of the secrets, the Zwinger Bruges. Such an enclosure will allow them to receive seeds in the future that will cleanse the gemstones and thus cleanse the Magical Girls. What is Magius' real plan ?, Although that is not being asked at the moment, it reverberates because there are too many things that one does not understand on its own. In battle, they control Kaede and take her with the help of Mitama and Momoko.

The danger of doubles

As Mitama reveals, the improper use of doubles breaks user control and can lead to what happened to Kaede. In the room they are in there are more who are in the same state as Kaede, there Iroha wonders whether they are dreaming too. Those dreams that bring pain and that made you take a different path. Doubles have become a negative power that can lead to other types of pain, maybe not witches, but the state they can enter isn't that it's better. Does double detox demonstrably with long-term consequences? What does the double hide for Magius? What is clear is that Iroha did well to prevent Kuroe from transforming.

Finally, I want to save something about Mitama that fascinates me too much. There is one characteristic act that caught my eye, namely tilting your head to one side. Mitama did and Yachiyo did, but the interpretation is different for both. In Mitama you can see that it is because he is hiding information, that he should not or does not want to reveal everything, that makes Mitama suspicious, which side is he on or for whom or what is he working for? Most likely for themselves.

This was chapter four, very close to the grand finale, because as Nemu and Touka pointed out, the battle for the Magical Girls' happiness begins.

Boruto: The True Nature of Jigen in the episode 213 preview