Why is manga black and white? The answer in an analysis of the medium

the manga it has now entered numerous cultures as one of the most popular forms of entertainment. The success recorded in recent years has allowed the manga to join the giants that are already popular around the world, while remaining true to its stylistic characteristics, such as the black and white version.

Given that they belong to the comics field, there is often a tendency to compare American comics, French comics and manga, also for that matter a technical and manufacturing level. While the cultural derivation that pushes to build distinct stories for the themes addressed and the tones adopted is clear, the reason why manga continues to be made in black and white today, despite constant worldwide growth, is less understandable.

Mangakas will initially a Series of charges due to very tight deadlines. This mainly depends on the magazine in which the chapters are published, but in general, at least for the most popular mangakas, they tend to produce 19-20 pages a week, or 40-50 per month, instead of the 22 every two weeks required by American artists or every month. It should also be emphasized that in the US, behind the production of a single issue, there are several people responsible for specific tasks: a screenwriter, an artist, an inker, a colorist, and so on, while this is not the case with manga . where yes There can be assistantsbut the character of the colorist is almost entirely absent, and screenwriter and designer often coincide.

The second reason relates to a matter of convenience and practicality. Because manga is black and white, less ink is needed for publication in magazines such as Weekly Shonen Jump, which tend to be light and therefore favor portability. However, there are gods Cases where the mangaka insert color plates. These are special occasions, perhaps to celebrate the release of a film based on the work, a special collaboration, a milestone like Chapter 100.

Of course also regarding the covers The mangaka create colorful illustrations that will surely make each tankobon more intriguing and encourage readers to imagine the characters using the colors suggested by the author on the covers. Did you know this information? Tell us in the comments.

Hunter x Hunter: when is the manga coming back? The Hypotheses on the Return of Togashi

Jujutsu Kaisen is the best-selling manga of 2022 for Oricon: even surpassed ONE PIECE 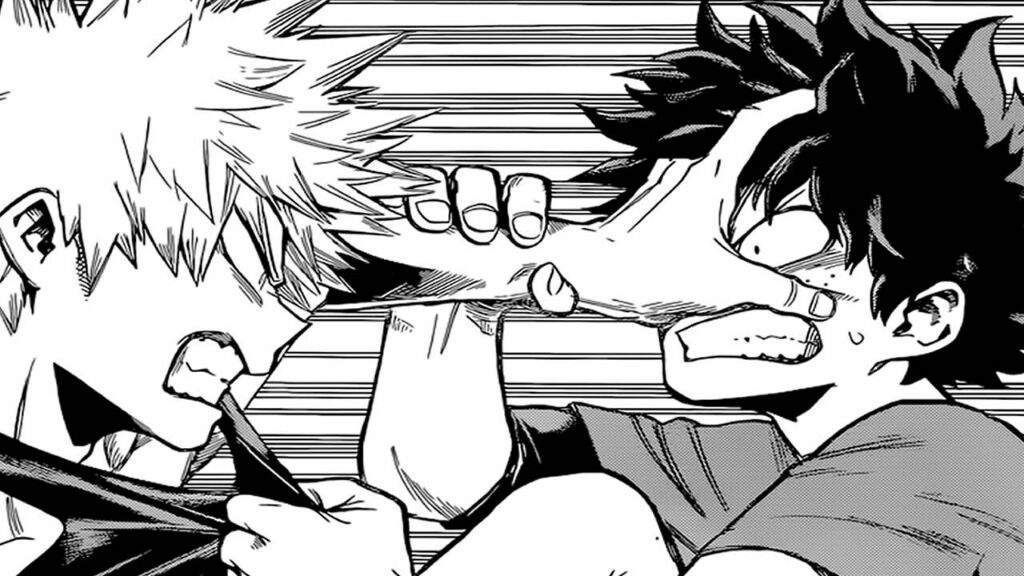 My Hero Academia: The Wrath of Izuku in the cover of Volume 37 of the manga

Is the Attack on Titan anime more complete than the manga? Hajime Isayama’s answer

Hunter x Hunter: when is the manga coming back? The Hypotheses on the Return of Togashi

Manga Taisho 2023: Goodbye, Eri by Tatsuki Fujimoto among the nominees for the 16th edition

Hunter x Hunter: Hisoka and Quoll will be back in a new promo video soon

ONE PIECE: Emperor Luffy rules the seas in figures from DU Studio