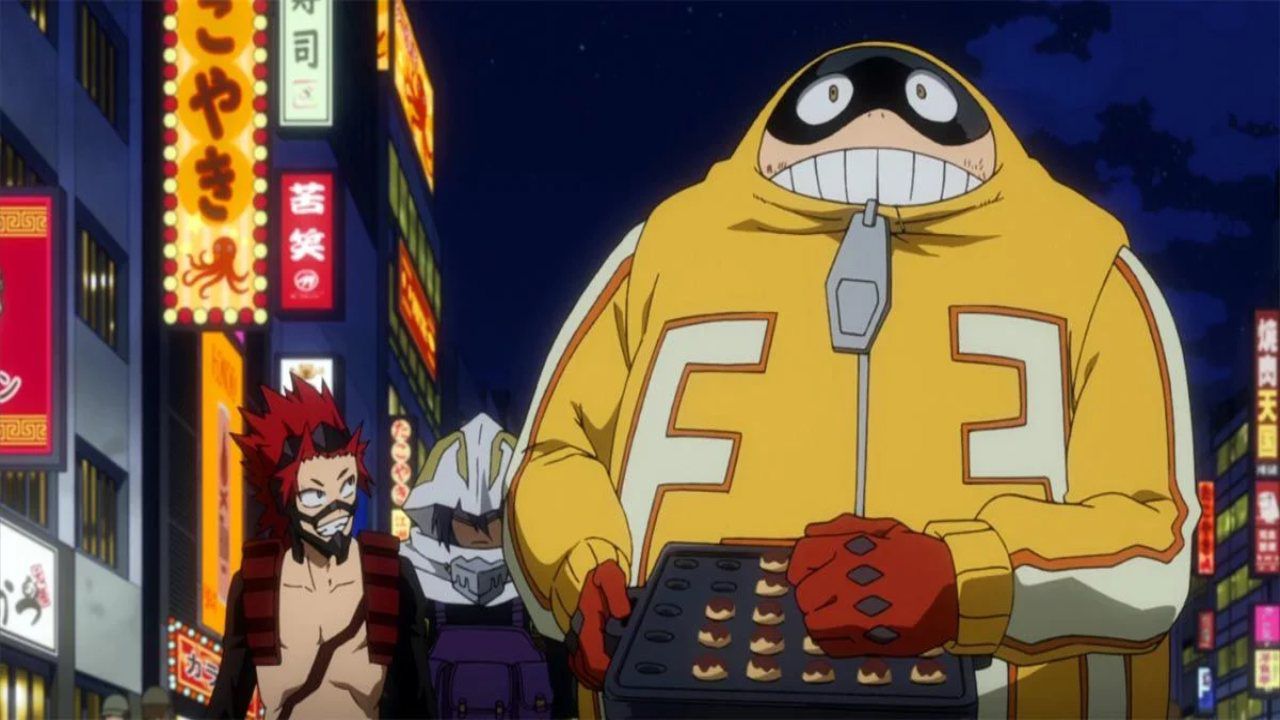 The plot of Vigilante - My Hero Academia Illegals is split between the events of Crawler and the past of the protagonists of the work of Kohei Horikoshi. In the new chapter of the spin-off, the youth of the Pro Hero Fat Gum is shown.

In My Hero Academia, Fat Gum made its debut during the Overhaul storyline. During this saga, Fat Gum acted as a mentor to Kirisihima, also known as the Red Riot, and helped him overcome his fears by facing the thug Rappa. In just a few chapters, the Pro Hero has earned a place under the best characters of the opera;; but what is its real story?

Chapter 87 of Vigilante - My Hero Academia Illegals leads us on exploration the past of two of the strongest heroes, Mirko and Fat Gum. The latter in particular is very different from the way we got to know him in My Hero Academia. Fat Gum is not yet showing its gigantic round appearance, but is portrayed as an ordinary teenager who wants to help citizens. However, his passion for food is also highlighted on the pages of the spin-off.

In Vigilante - My Hero Academia Illegals, Fat Gum deals with the investigation of a seedy organization known as the "Underground Maquerade". The Underground Combat Club pumps fighters with a mysterious drug that can increase combat performance. Amazingly, Rappa also returns, a subordinate of Overhaul who clashed with Fat Gum and Kirishima. Had the two met when they were young? Let's wait to find out and check out this tribute to Gundam featured in Vigilante - My Hero Academia Illegals.