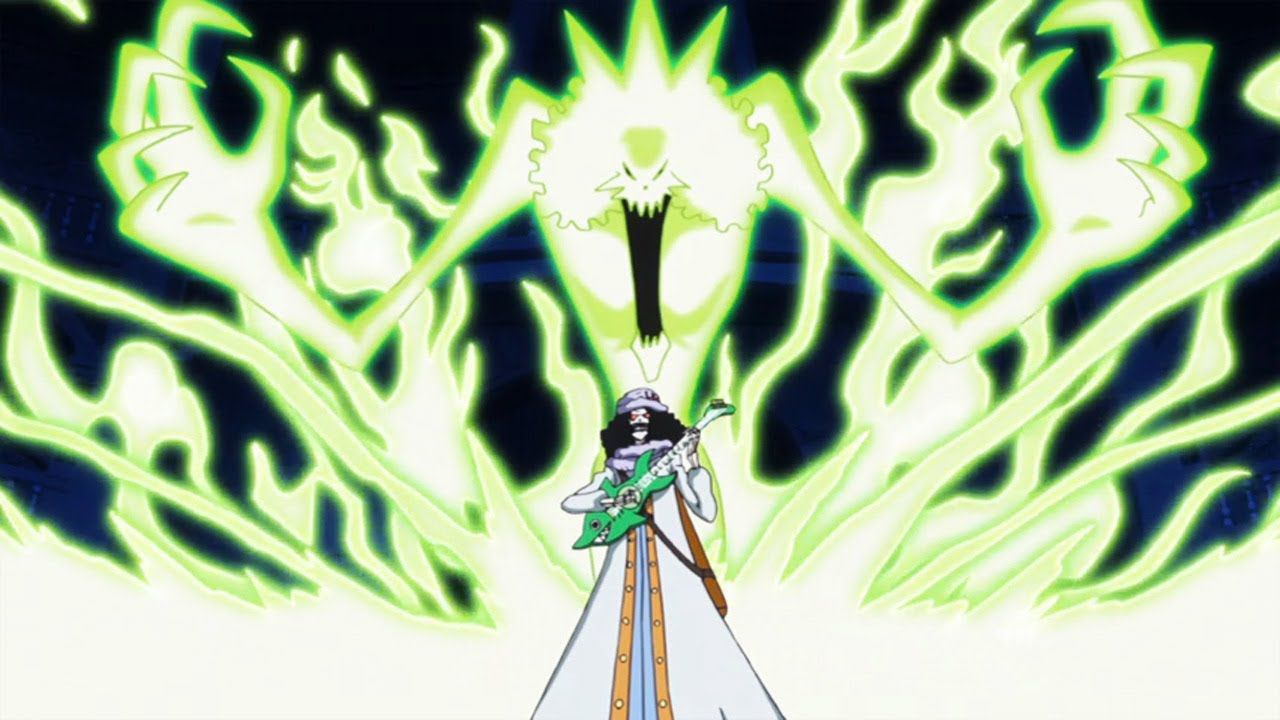 The series of ONE PIECE It features a wide variety of very special characters, all of which are well represented by the style and narrative of Oda. When we talk about the Mugiwara you will find some curiosities regarding the crew, their past and skills, and among these, musician Brook is certainly a valid example.

Brook was originally part of the Rumbar Pirates, of which he later also became captain. While crossing the Florianian Triangle, he and his companions were attacked by other pirates who hit them with poisoned arrows, which meant the death of everyone. However, the soul Brook, who had ingested the yomi-yomi fruit, managed to rejoin the musician's skeleton.

Years later, Brook will meet Luffy during the thriller Bark saga and join the crew at the request of the Straw Hat. His incredible singing skills and talent with many musical instruments set him apart a real rock star during the two year time jumpAnd to remember Oda's great design, the KOL Brothers studio created a collectible statue that is downright breathtaking.

As you can see in the pictures of the post below, the illustration is available in 2021 at a price of 690 euros, It's 43 centimeters high and has an impressive attention to detail. The skeletal musician appears with his threatening soul behind him and wears the crown that makes him the true and only king of souls. Recall that a fan recently merged the universes of ONE PIECE and DuckTales into a beautiful crossover, and we're leaving you to a brilliant, affordable cosplay by Nico Robin.