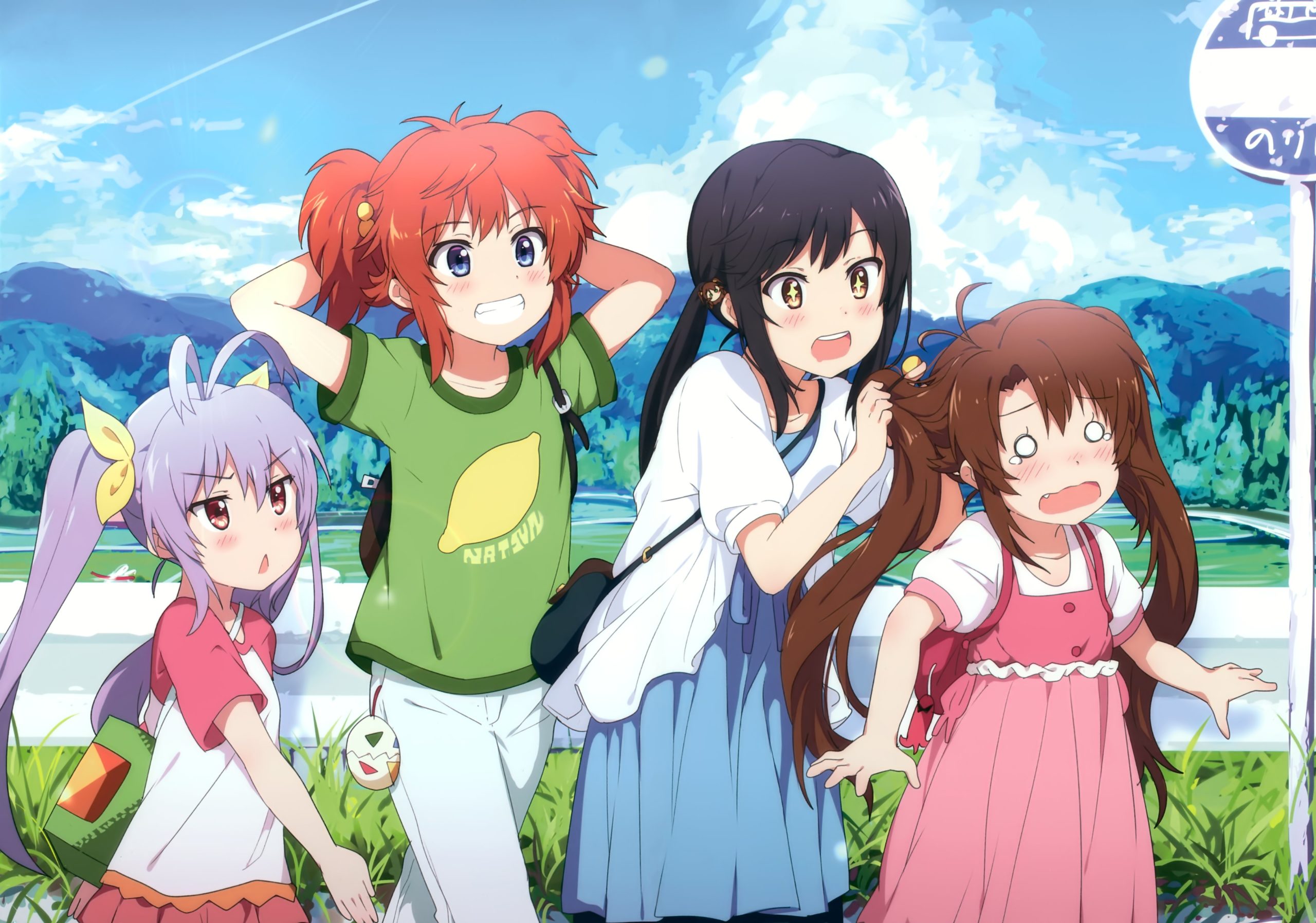 Through a live broadcast that took place a few hours ago for the franchise from Not not biyoriIt became known that the third season of the anime series that is titled Non Non Biyori Nonstopwill premiere on Japanese television on January 10, 2021.

In addition, the artists who will perform the musical themes for the series have been announced. The opening theme bears the title Tsugi wa Gimoyou and will be responsible for the Japanese duo nano.RIPE. The final topic is entitled Tadaima and is performed by the voice actors Kotori Koiwai, Rie Murakawa, Ayane Sakura Y. Kana Asumi.

Atto publishes the manga in the magazine Monthly comic alive from the publisher Kadokawa since September 2009. The publisher published the fifteenth compiled volume on May 23 in Japan.

The piece inspired a twelve-episode anime adaptation produced by the studios. Silver link, Headed by Shinya Kawatsura and scripts from Reiko YoshidaA second season of twelve episodes premiered in July 2015, followed by a film that was released in August 2018.

The smallest student is first grader Renge Miyauchi, who brings with her curiosity and wit and her characteristic catchphrase: "Nyanpasu!" Then there are the Koshigaya siblings that they are, silent ninth grader and older brother Suguru, little eighth grade Komari, and mischievous seventh grade Natsumi. Newcomer Hotaru Ichijou, who seems overdeveloped for her age and has a touch of maturity, rounds out this lively and lively group of five classmates.