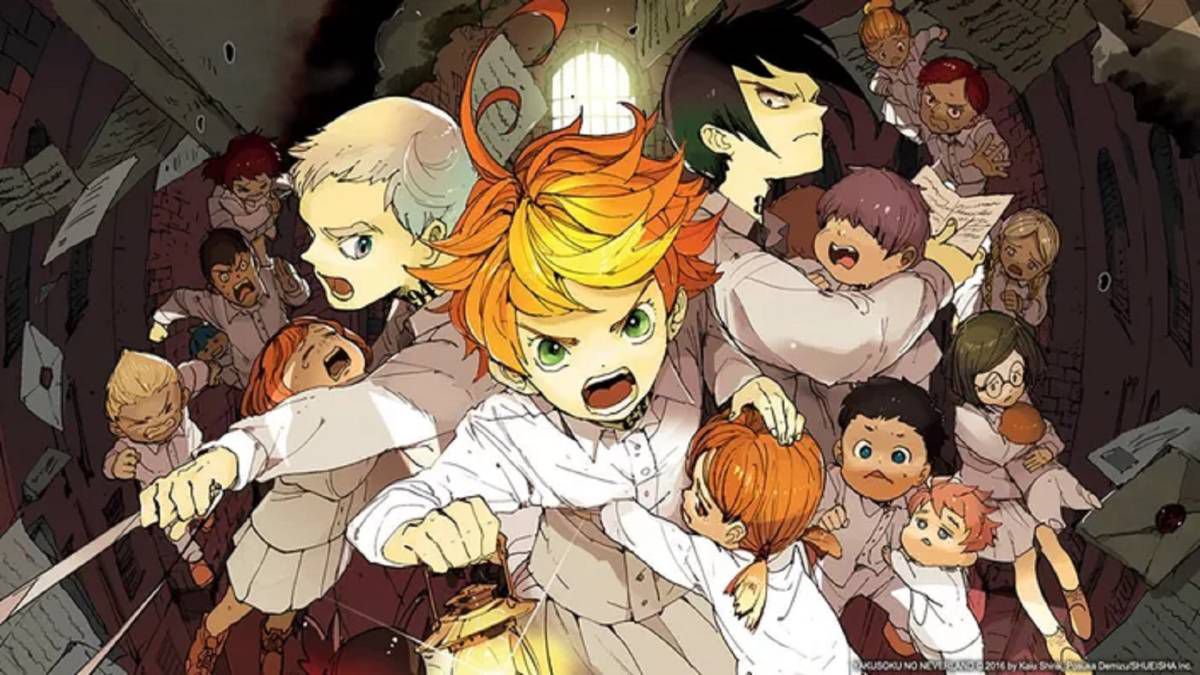 J-Pop Manga has just published a press release summarizing all releases planned for November 2020. In addition to the new numbers of the most important works, including The Promised Neverland is Made in the abyssThere's also room for some interesting news, starting with the big classic Search and destroy by Osamu Tezuka.

On November 4th, the adventures of Riko, Reg and Nanachi return to the comic book store and reach the sixth shift in the "Village of Residues". Riko meets Vueco, a woman imprisoned in a place called "Behind the Eyes", who tells her the story of Faputa and the founding of the village ... The long awaited return of the work of Master Tsukushi!

Continued Blue Period 02, Demon Tune 4 Hell's Paradise - Jigokuraku 07, Hellsing - New Edition 4, The Queen of Egypt - The Blue Eye of Horus 05, so I'm a spider, so what? 3, The Quintessential Quintuplets 10.

For Edizioni BD, Sangue Nel Mare comes from Elisa Meneghel, winner of the Lucca Project Contest 2019. This debut volume In a world in which most of the once inhabited area is now flooded by water, Teb takes care of herself and her brother San. Objects recover from submerged cities. But the pace becomes more restless and complex as San soars into thin air, leaving only a few crab claws and many questions. Elisa Meneghel starts with a graphic novel with clear chiaroscuro and difficult truths.

November 11th is the turn of the season Killing Stalking 4 - III! The relationship between Bum and Sangwoo is complicated and constantly changing. Sangwoo's friendliness suggests that something is finally being born between the two, but is it really going to be like that? The anticipated fourth volume of the third season will actually be available on all channels starting November 11th, with the box for collecting the first season included. The same day is also due to release The Promised Neverland, the second Grace Field Collection Set, which will include the second novel The Promised Neverland along with vol. 18, also available individually.

Stones; Gate Zero by Taka Himeno will also debut in an incredible Collector's Box with Vol. 1-6, the manga adaptation of the famous visual novel!

On November 18, Search And Destroy arrives in bookstores, one of Osamu Tezuka's most popular classics, reworked by Atsushi Kaneko in a punk-futuristic key: After the end of the civil war, robotic beings, considered soulless and hated by humans, their lost role of soldiers who live on the edge of society. In this notorious undergrowth a girl who is half a car bursts into it, driven by an irrepressible rage against the "creatures" ... she will seek her revenge! The work will arrive in a nice collection box with volume 1-3.

For Edizioni, BD arrives in bookstores, comic shops and in the online shops Alfabeto Simenon by Alberto Schiavone and Maurizio Lacavalla. From André Gide to Zezétte, from Krull to Voyage, an homage to the universe of Georges Simenon, the creator of Commissioner Maigret, which was examined and graphically told in 26 passionate chapters with a foreword by the author Alberto Schiavone and the afterword by Bruno Gambarotta.

On November 25th, an unpublished Yaoi work by Teacher Zariya, Liquor & Cigarettes, arrives in bookstores, comic book stores, and online stores. The volume tells of the deep bond that Teo and Camilo have in common, the owners of two shops facing each other. Teo sells alcohol, Camilo tobacco: Teo knows, however, that Camilo feels something deeper for him than friendship, and realizes that he is increasingly sensitive to the presence of the other.

What do you think about it? Are there any that grab your attention? Let us know with a comment! In the meantime, we leave you with all the news from J-Pop Manga that were featured at Lucca Changes 2020.