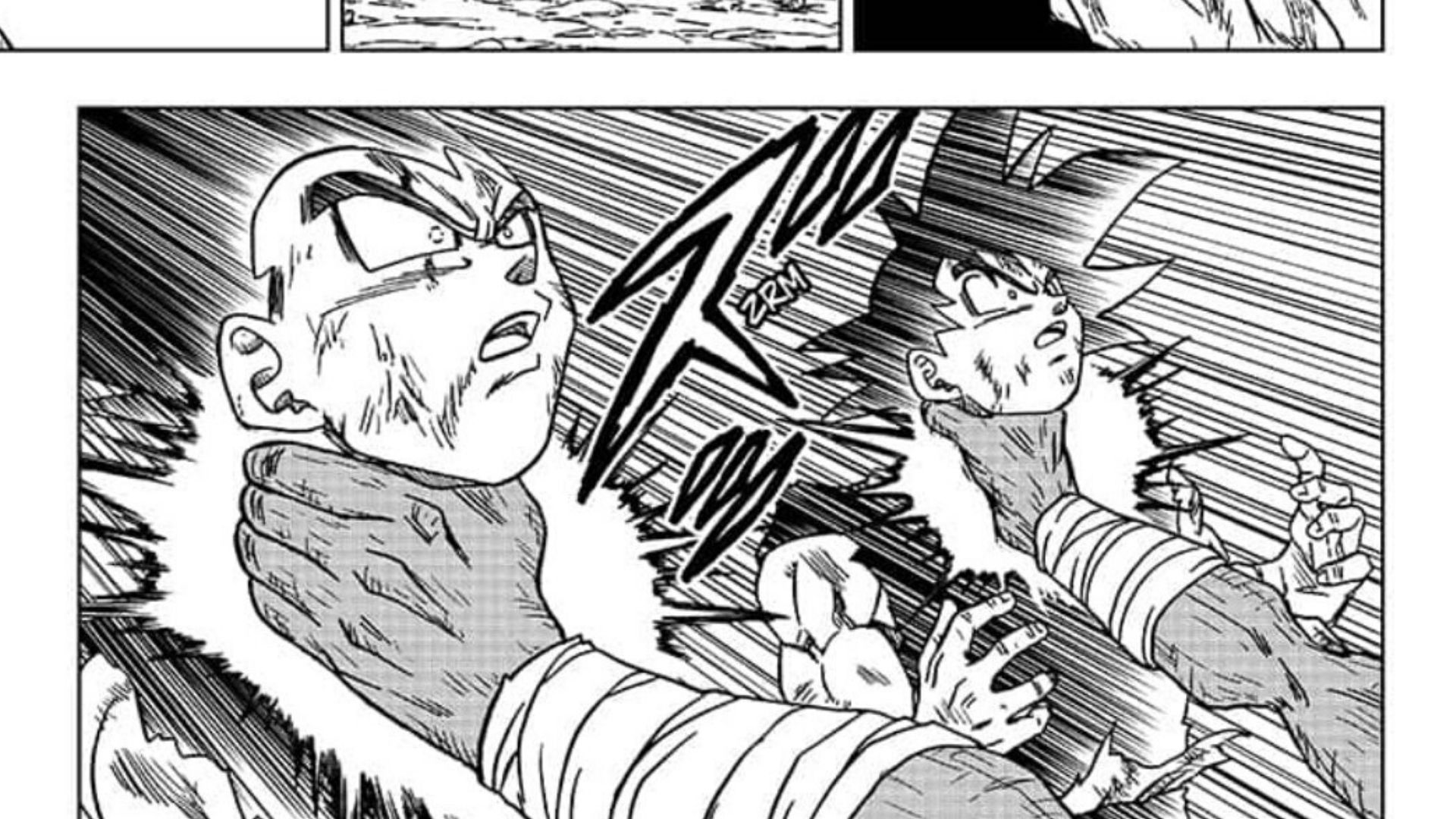 The usual monthly appointment with Dragon Ball Super reached chapter 63 with today's publication. A few hours ago, the latest edition of Toyotaro's manga debuted on Manga Plus. What will be the result of the clash between Merus and Molo?

The new chapter starts right where we left off for what Merus' arrival on the battlefield was for finish Goku's training. His unexpected demeanor leaves Jaco and Molo stunned when they discover that Goku, Vegeta, and the Z-Warriors have suddenly disappeared. The wizard, upset by the angel's demeanor, breaches the barrier and prepares for a counterattack but not before being quickly reached by Merus, who begins to hit him with a stick through an excellent combination that sometimes resembles a scene from Naruto.

Meanwhile we find that Whis and Beerus They intervened to get the defeated Z-Warriors to a safe place so that Dende can heal the severe wounds. The God of Destruction affirms that the decision to intervene was determined solely by the will to preserve the food of the earth. Meanwhile, the Most High begins to heal the wounds, beginning with Goku who eventually wakes up with a new scar on his chest. The Saiyan first realizes this Merus fights at the risk of being written off and decides to join him to fight for him.

When the protagonist arrives on the battlefield, he berates his mentor, who is amazed that he is still whole despite breaking the angelic laws. Goku thus switches to Ultra Instinct mode and continues the fight, but is soon defeated again. The angel is forced to intervene again and calls himself the angel staff, with which he begins to hit the weak point of molo, i.e. the crystals that allow the absorption of energy and copy the techniques. Merus states that his time with the galactic patrol ships compromised his neutrality it made him feel fair.

He ended up loving the struggle for peace and the universe, especially after Goku revealed to him that the reason he spared his enemies is because they can change and take sides with good over time. With one last effort, while the body is about to disappear, Merus destroys Molo's last crystal and warns Goku that he is now able to use the Ultra Instinct properly. And so he orders it one last time to protect galaxies and universes and then to vanish into thin air. A mysterious aura begins to cover Goku's body. Can it be the awakening of divine technology?