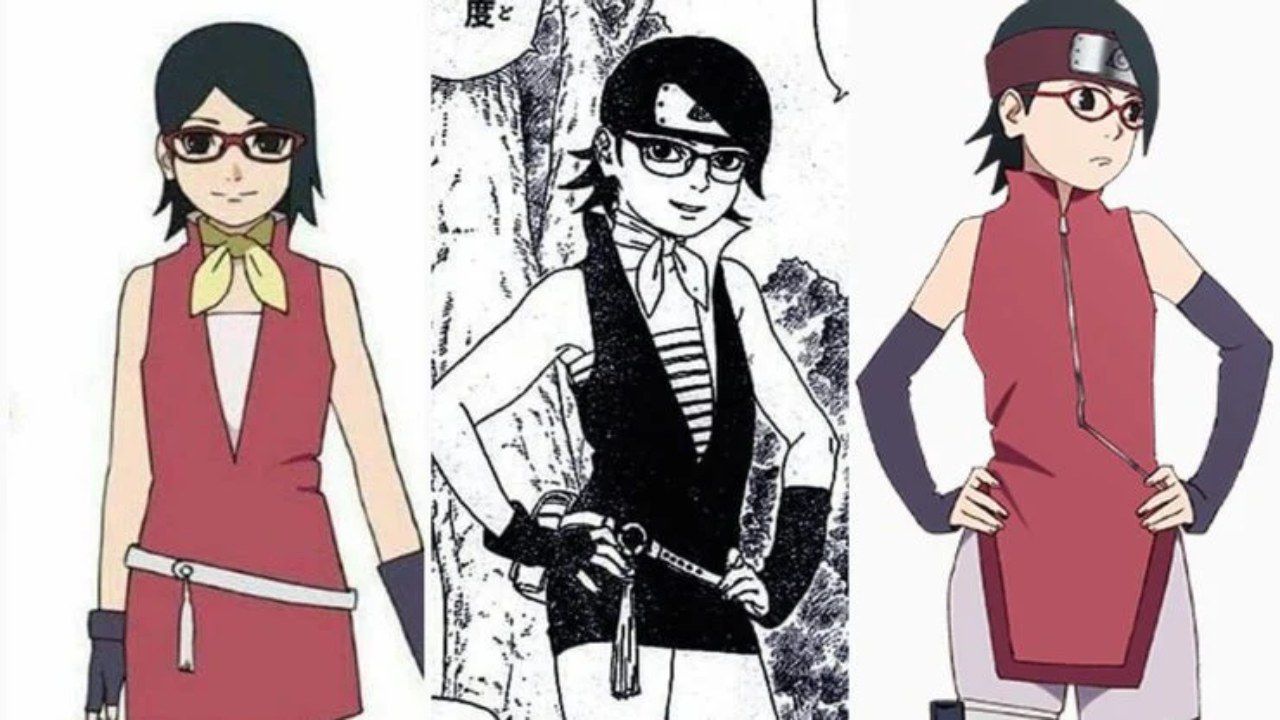 Sarada, the beloved daughter of Sakura and Sasuke, is one of the Leaf Village's most promising genins, but her constant change of outfit has created a lot of confusion among fans of the world Boruto: Naruto the next generations. Let's find out what happened to the draft of the descendant of the Uchiha clan.

Sarada is a real child prodigy, able to unlock his Sharingan from an early age and excel in any art. The young girl shares the same vision of Konoha as her late uncle Itachi and the Seventh Hokage Naruto. his ninja credo is inspired by the latter. Given these premises, however, its design almost annoyed fans of the Boruto: Naruto the Next Generations manga.

In the manga, Sarada wears a short sleeveless red dress that is tied with a white belt. Her outfit is rounded off by a pair of black gloves, a yellow scarf and her typical red glasses. But according to the fans, this outfit would be impractical and simply unsuitable for a Kunoichi of her age.

At the beginning of her academic career in the animated series, Sarada wears clothes very similar to those shown in the manga. Soon, however, their appearance changes. Accompanied by Naruto to visit her father, Sarada wears a red sleeveless shirt the Uchiha coat of arms arm warmers and purple shorts on the back.

This outfit mixes both the styles of the parents, inspired by Sakura's chunin dress and Sasuke's signature youthful outfits. According to fans, this combination is perfect and can be immediately associated with his two legendary parents. But Sakura and Sarada are the protagonists of a spectacular fight in Boruto: Naruto the Next Generations. Two old antagonists return in Boruto: Naruto the Next Generations.