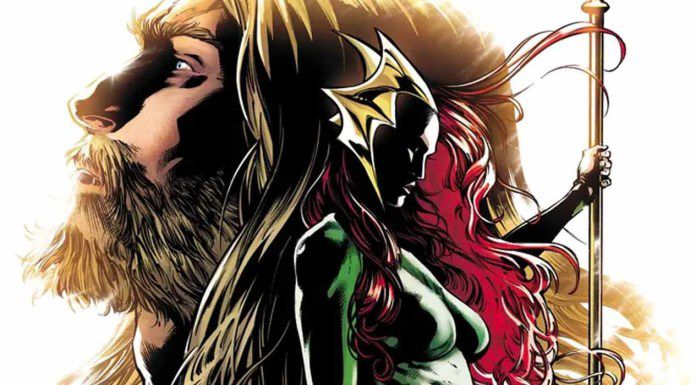 The last pages of Aquaman by Kelly Sue DeConnick finally showed the fans the long-awaited happy event, namely the marriage between Arthur and Mera. Let's see how it turned out.

In the last pages of the story, the two protagonists of Aquaman had a daughter and were involved in various events during which the hero panicked and his future wife accidentally killed him. Fortunately in the Number 65 From the series, we can leave these stories behind who found a way to dissolve themselves to see our own partake in happy marriage.

After the Battle of Atlantis, Arthur and Mera can finally lead a peaceful life with their little girl Andy. But suddenly The two save a ship Once reached, the woman discovers she is carrying some of her friends dressed as bridesmaids. Even the creature that attacked the ship turns out to be his friend Tristram Mason, but he's not the only one, in fact many of their companions are present, including the one Justice League. All of them were gathered to celebrate the return of Aquaman, who, taking advantage of their presence, suggests that Mera transform the event into her marriage. The chapter then ends with the two young men Tristram married in the hope that they can continue to live happily.

What do you think of this event? Have you read it? Did you like it? write in the comments? In the meantime, I leave you a fantastic cosplay of Mera from Aquaman.