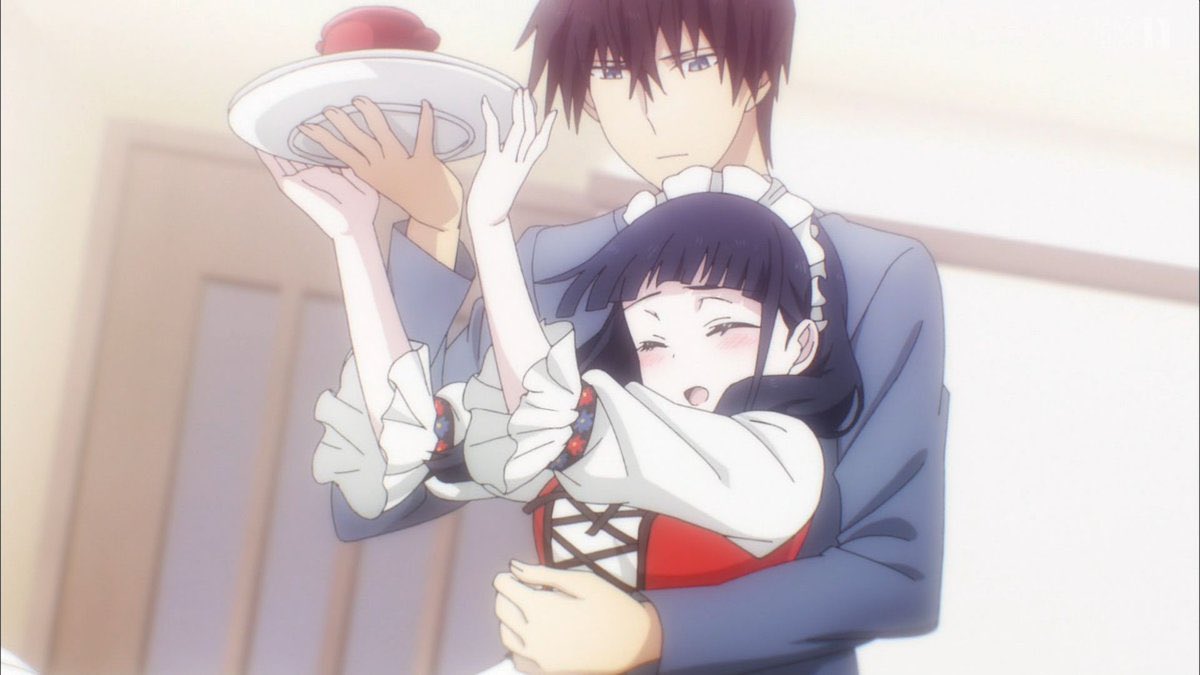 The following review of Mahouka Kouko no Rettousei 2 - Chapter 6th It contains spoilers. If you have already seen the chapter, please read on. Otherwise, you can watch it on one of the platforms and come back. Beware, this series is full of confusing and very scientific magic. Headache if you don't understand the terms is completely normal. Have fun with the evaluation.

January 24, 2096, USNA embassy, ​​place of gatherings and announcements, among other things, that delegate Silvie has received an order from the General Staff Office to return home as she appears to have supported the search for and arrest of deserters the USNA Army went wrong. So your support is not expected to serve alongside Angie Sirius. Major Sirius is also required to receive a report on her latest results in Japan, and in developing her mission, those come from Colonel Virginia Balance, the first assistant commissioner on the USNA board, who is the head of the Human Resources Inspectorate Intern in the Information Department. Who says Major Sirius (Lina) bluntly that the mission assigned to her was not appropriate given her duty and ability? Because what does not deserve this major awarded failure deserves no responsibility, regardless of where the responsibility lies for that someone in the position of the stars was defeated in a magical battle, so within the strength of the force has become a problem, there Lina is the strongest mage in the USNA military. But as is well known, and to be expected of Lina without even asking, is that she would like the opportunity to defend herself so that Major Sirius can return to the current mission and this time have more on-site support at the highest level. Now Angie Sirius has to show what she is made of and what true power she classifies as the most powerful in her nation.

Kyuchoji Temple, January 29, 2096. Tatsuya is working on a means to directly attack a parasite floating in the sea of ​​information ... But that goal is to cause problems even for those who might otherwise get it right young man who fired a distant attack and learned how in just three days. In the case of Tatsuya and his target, he knows where to attack the parasite, so Master Yakumo Kokonoe suggests putting together a method of attack other than a remote one. Although Tatsuya Shiba is "unable to create spells like this," he has an exceptional talent for improving and developing spells, and brings ideas into reality that others can only imagine. Therefore, Miyuki Shiba Tatsuya recommends continuing the plan of using "Program Demolition" to attack directly while also spurring the development of new spells. On the same day, Tatsuya and Miyuki watch the news and watch the world know about the experiment developed by the abandoned magicians who went to the National Institute for Particle Acceleration in Dallas, Texas and forced scientists to conduct an experiment to generate micro- Black holes and ignored the warnings of scientists. During the experiments a black hole opened in the dimensional world that I call a demon from another dimension. The wizards tried to use the demon to combat Japan's secret weapon, but could not control it and instead possessed their bodies.

On world news, they cataloged the information as "Does the USNA Army use magical experiments to summon demons from another dimension?" Compulsion to conduct an experiment at the National Institute for Particle Acceleration ”. They also directly accused the USNA military of harming the victims and rightly said that this scandal was the military's failure to fully regulate the magicians. This makes it clear to the public that “Magic is powerful, but no one knows when the supernatural ability will get out of hand. Is it really in the national interest to use them? Shouldn't we rethink our position on this carefully? With this news, Tatsuya concludes that all of this is useful in reviving the idea of ​​"evicting the magicians," which is likely the real intent of "holding the military and magicians accountable".

At this point and with all this information, Tatsuya decides to meet Angiy Sirius with Miyuki and talk about the news. But Angie, who knows best about the subject, emphasizes that many points simply don't say anything, just provide superficial facts. Tatsuya is quick to support his previous conclusion, they are simply manipulating public opinion, although this issue should be treated confidentially as there is no way that anyone outside could find out so easily. Here Lina brings out an illuminating topic: "Maybe it could be the seven wise men." Lina says that there is a group that has named itself that, although no one knows who they are yet, even though this organization is in USNA, because as frustrating as it may be, the exercise contains minimal information that the Seven Wise Men do gave them themselves. provided. It is only known that they call their officers "wise men" and that there are seven of them, maybe this group is related to the humanist movement or maybe not. According to USNA profilers, this organization's mentality is volatile and delights in crime. Now Tatsuya has a question for Lina that worries him and that might make this whole problem more meaningful. “Did you intentionally bring the parasite into this world? ? ”. Lina, offended, says no, because she herself fatally sentenced four of the infected or awakened ... But if it was only believed that this demon was brought with the intent of creating all this chaos as part of a plan, she could just don't forgive him.

On February 12, 2096, Tatsuya Shiba and Miyuki Shiba met with an employee of Tatsuya, who reports that the Japanese Army is also investigating who the seven wise men are, but they have not received any significant information or advice about them either. that no form of public manipulation has been presented since that news. At the moment this is in the background, as Valentine's Day has come and Tatsuya had already received friendly chocolates two days earlier. On February 13, 2096, Tatsuya quietly walks around with Miyuki, analyzing how his personality can make him return any gift except the important things like sentimentality. But Miyuki comforts him by saying that he just accepts these details without saying anything, as the other person is interested in his feelings and well-being. While Lina listens and is part of the conversation, she is surprised to learn that Miyuki Tatsuya cannot give "the real chocolate" because they are siblings. While Mayumi Nanakusa prepares the promised, the bitterest chocolate for those who have betrayed their trust, Tatsuya receives a chocolate based on 95% cocoa, 0 sugar and a little espresso.

February 14, 2096 is Valentine's Day and Tatsuya has started receiving chocolates, the first girl in Honoka Mitsui that Tatsuya finally tries not to break down a small box of chocolates in it, and on the advice of his brother from yesterday listens ... He gives Honoka a small bag with two braids (bows, ribbons, hair ties) to make it clear that these are different from the ones he will give her next month (time when the boys give to the girls), Homaka has this gift with him filled with so much energy that it spread it around her, awakening the parasite that lies in the maid. On the same day and when Tatsuya arrives in room 1-E, he is pleasantly surprised to see Saijo Leonhard (Leo) back in the classroom, while Mikihiko Yoshida and Mizuki Shibata also arrive to greet Leo, but to the pleasant surprise of Alle Mizuki hand out chocolates to all the boys, which was a little disappointing for Mikihiko. Erika comes later and when she's easy, she starts teasing Leo and then Mikihiko, who just doesn't want to look bad in front of Mizuki.

Come to the long-awaited moment of Mayumi Nanakusa that the girl first experienced with her partner Hattori, who ate one of her chocolates, now she offers him a black box with the smell of coffee and apparently something heavy for Tatsuya that would have in chocolate. More importantly, Tatsuya talks to Mayumi about the parasites because after defeating one of them, they haven't heard from another. This could indicate that they have some cooperation between them or "shared sensory perception" as a form of ESP. It is commonly seen in identical twins. That is, when one parasite sees or hears something, the others find out about it by sharing that information, although this is just a speculation by Tatsuya, an abbreviated way of saying that these parasites are related. Since this is an unfamiliar topic, all you can do is hope to find ways to deal with it. But after the conversation ended, believing that she could get rid of eating that chocolate, Mayumi again reminded Tatsuya to try it in front of her eyes ... and ended in a very difficult moment for Onii-sama and a pleasure that Mayumi has no equal.

At the end of the day and on the way home, Tatsuya goes to the transport with Miyuki and Angie Sirius, but the latter finds something else and there, thanks to Miyuki, Tatsuya discovers a satellite that follows him and watches at a short distance. This low-orbit satellite monitor is located just above Tatsuya and is under surveillance by the USNA Army, specifically Colonel Virginia Balance, the USNA Board’s first assistant commissioner, head of the Personnel Inspection Bureau. This woman, in disbelief that Tatsuya can detect this satellite, asks the profiler to rewind the video three minutes ago to rule out whether or not the young man caught the follow-up ... Colonel Virginia insists it only part of his staff's imagination, but this video drew his attention to another target, Angie Sirius. At night, Miyuki Tatsuya presents her chocolate tasting with a dinner that has a lot of flavor, but in the end, due to an oversight of the amount of Brandi in the fondue, Miyuki slips into her brother's arms ... In the end, the girl for a mistake lets go. "Why do I have to be your sister?" ... But not only does she feel things for Tatsuya, as Lina apparently does too, since she tried to give Tatsuya a chocolate but failed trying. Now the main problem for her is knowing why Colonel Virginia is at her home. 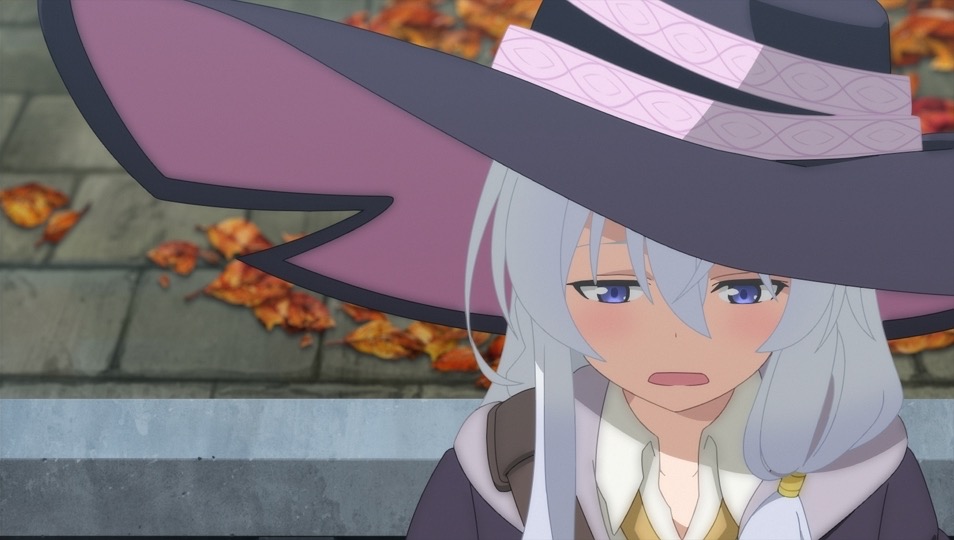 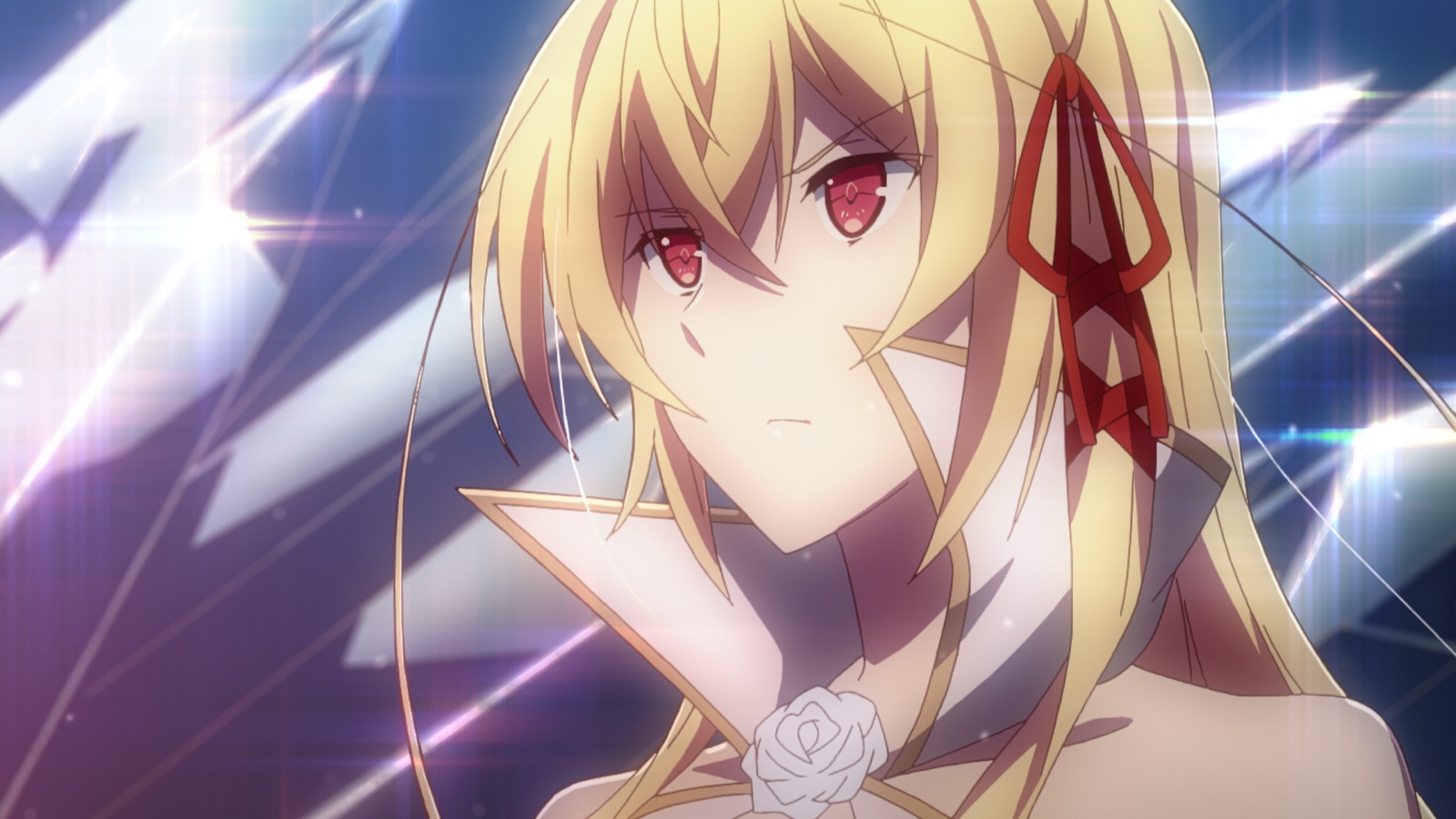 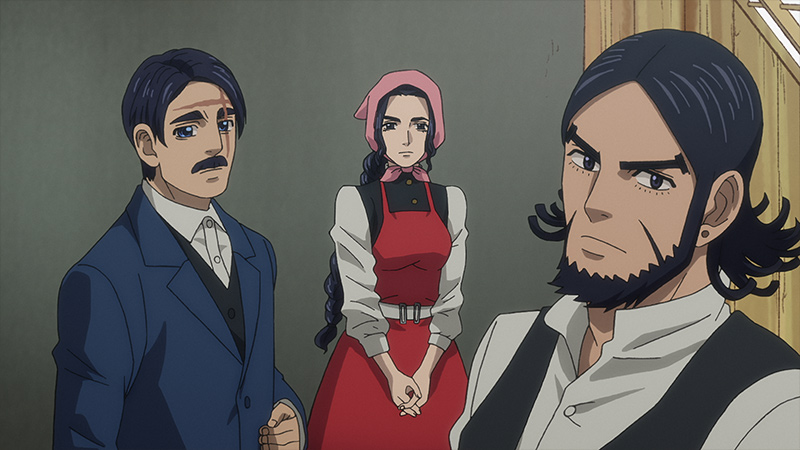 Demon Slayer: Infinity Train is the seventh most popular film of 2020 and could beat Tenet