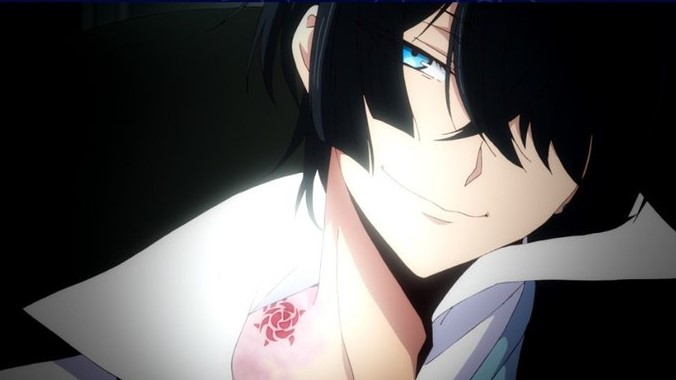 Vanitas, Noé, Domi, Luca and Jeanne talk about recent events over tea. However, Luca demands that Vanitas apologize to Jeanne for the kiss from their previous encounter, and this creates further turmoil by confessing that Jeanne drank his blood on the day of the dance. In order not to spread the joke, Vanitas tempered the facts and lies about why the vampire went mad. Embarrassed, she leads Vanitas out of the window to speak to him, which causes further confusion. In the discussion between Jeanne and Vanitas, he sets two conditions for her to keep her secret, as she could be infected with "malnouns". The first is that I only drink blood from him and the second that he calls him by name. Noah follows them, but Dominique catches up with him to ask what is wrong with him.

On the way back, the five come across a dance hall. Domi dances with Jeanne on the street and Noé asks Vanitas if she would like to study with him. As they dance, Noah asks what love is. The next day the vampire prepares to visit Lord Ruthven, a member of the Senate and a very important figure in mediating peace in the war between vampires and humans.

Vanitas no card shows subtle emotion and an apparent lack of action in its seventh episode. This appearance is deceptive, however, because everyone can suspect the enormous importance this chapter will have for the development of later events. "Femme fatale" is an episode devoted to suggesting the crossed feelings of the protagonists when they are still latently present in the vast majority of them.

The staging is very successful. It consisted of playing with the proposals to create very complex, very ambiguous romantic arcs. The case of Noé Archiviste was particularly masterful, who not only is not aware of his feelings, but also infects the audience and at the end of the episode does not know what is going on in our heads. We are also not clear what Dominique interprets about him. In general, we note that the chapter is structured with numerous gestures, looks and reactions that indicate some entanglements in an environment of glowing crystals and music that is absolutely coordinated with them. Sensuality and lust are also present and the dialogues mix delicate eroticism with romantic feelings.

"Femme fatale" is the term for the woman of romanticism who brings with her the most intense and darkest passions, who is overwhelming and daring. It is a title that does not suit any particular character, but rather floats and actually takes root in all of them. The truth is that in what we call 19th century romance femme fatale. Jeanne and Dominique are actually a mixture of both. When Jeanne appears pure, she has a passionate side; If Dominique de Sade plays the dominant woman, she has a delicate side. And that goes for Noah and Vanitas too.

Next, we will fully lay out the ideas of the previous analysis in terms of the interpersonal relationships of the main characters. In the episode's circular structure, the night dance occupies the central axis of the narrative and is the most important moment to gather the clues scattered across the chapter:

In this episode of Vanitas no card, the lack of plot is due to the work of interpersonal relationships between the main characters of the plot. Although not obvious, it is a very important chapter because it contains much of the information that is now being developed in a latent state a posteriori. The staging is masterful because it uses the looks, the reactions and the short dialogues to create romance, tension and doubt.

Although the emotions of almost all characters are defined, Noah is at the center of the vortex, confused and confused. In one moment he says his chest hurts and he is in pain when he sees Vanitas drawn by Jeanne, in the other he takes Dominique's blood and admits that her blood is the best taste. Dominique sighs and reminds him how easy and silly it can be when it comes to emotions.

My Hero Academia: Who will save the heroes? The importance of a poignant speech

My Hero Academia 5, the Union of Villain Receives a Declaration of War: Why?