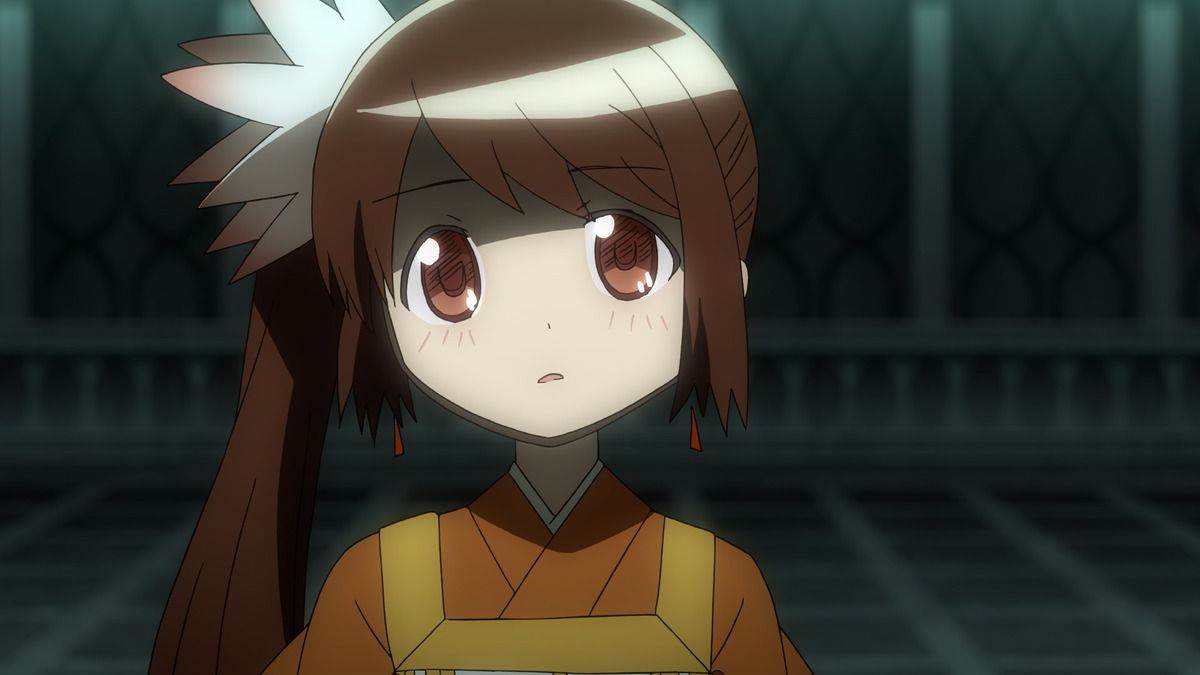 Chapter 5: We Will Have No More Mercy

Felicia doesn't want to go and forces Sana to stay, she wants to know the cure and not be a witch. Kuroe accompanies Iroha, together they try to get to the exit. Touka states that the plan is about to begin, they need to wake up Embryo eve. In the Magius barracks, the technology is being prepared to attract even more witches at the expense of the people. Sakura meets Felicia and Sana and drags them to flight when she is pursued by Magius and reaches where Mifuyuu is. A wire transfer can be felt throughout the hotel, which is transferred from Nemu to a better place where the plan is more effective. Kuroe fights Magius to give Iroha a chance to escape. But the strongest witch is nearby: The night of the Walpurgis.

Good chapter, while not much to comment on, there is no more character development and some unknowns have not yet been revealed. I would say the one who went through an evolution is Kuroe, compared to the first chapter of the first part where he wanted to step back, now he is facing problems. But as such, it's not the best of all. The character work was already in the first half, so we're going to see it here with this evolution which, while stagnating, doesn't mean it's bad. Regarding Iroha, I would consider it more of an evolution that we understood her better and at the same time affirmed her personality. I don't think he's a bad protagonist, but with everything that was presented to us in the first part, mostly in the first chapters, I feel like he fell short.

The plan of Magius has been activated and this is what draws the chapter's attention the most. By the way, when I checked my Spotify list, I found that the one who sings this opening It's the same one that sings in the original anime. I didn't notice that.

I am asking the question for two reasons. The first, in order of appearance, what happens to Tsuruno? He was half a zombie and changed color, but nothing more is said in the development of the chapter. Does it have anything to do with the double experiments? We don't know and I hope it gets pointed out because he's one of the characters I like. The second would be two in a way: what is Sakura doing there and where are the other girls? As for Sakura, was it that easy to break into the hotel rumor? Although I suspect she knows her tricks from what we saw in the first part of the anime. With the girls from the other town and the original protagonists, they didn't play a major role other than that first chapter, although it always looks like they are about to appear. And the truth is, it's a good thing, I say it more than anything so that the relevance of the new is not suppressed. Likewise, what happens?

I am not going to comment on what happened in the chapter because I think it will be understood without much problem. The most complex and novel is the plan, the ARTIFICIAL WITCH EMBRYO EVA! As Touka reveals, she is an immature witch who has to absorb witches in order to develop and become strong and healthy. The idea is to get as many witches as possible within a 200km radius, who in my opinion need to be half beaten in order for the witch to eat them and wake up. The question here is: How does his awakening relate to the rescue of the Magical Girls? Because I don't think it was created to face the strongest witch: Walpurgis Night. If I leave something out, please make a note in the comments as I at least get it.

A few more things, even if my english is not good, Embryo eve means "eve of the embryo", but could it also mean "embryo of Eve"? Is it[calledembryo because it is only in the early stages? In other words, it's the eve of the birth, or what? Maybe it's just a name that sounds great. If so, there is nothing left to say. If not, there would definitely be a lot to analyze.

The last stage is coming, Walpurgis Night is approaching too, the time comes when Madoka died, but now everything is completely different (that reminds me a bit of Evangelion, because Mari's attack changes everything afterwards). It remains to be seen.

Dragon Ball, all dates in September: from Chapter 76 to DBZ Kakarot