As we pointed out a few days ago, the last chapter of the manga was written and illustrated by Hajime isayama, Shingeki no Kyojin ((attack on Titan). It seems that some people are not satisfied with what they are reading in the Leaks and in a reprehensible attitude they have started pestering the manga editor with negative comments.

«Thank you for ruining Shingeki no Kyojin».

Thanks for ruining Attack on Titan🤡

«He ruined the whole piece, lots of loose ends too, and the plot of Eren's character was shit too. It's one of the best stories, I have the highest respect for it, but that's different, I don't think Isayama is happy with it».

It ruined the whole show and so many open questions and also Eren's character plot was Cluster F ** K, one of the greatest stories. I have the greatest respect for this story, but that's different. I don't think Isayama will get that satisfied with it

«Tell Isayama that he disappointed everyone. Shingeki no Kyojin is the worst disappointment and betrayal of the fans and the title as a whole. You created the worst end on earth ...»

Tell Isayama that I have let everyone down. Shingeki no Kyojin is the worst disappointment and betrayal of the fans and the title as a whole. You created the worst end of the world….

«Please break off this damn ending. Leaks are everywhere and people go crazy when they turn out to be true. Isayama please.»

Please cut off this shitty ending, the leaks are all over the place and people are going crazy if this is true. Isayama please

«Man, I think Isayama was forced to change the ending. It's real shit. There's no connection between the story before and after Chapter 123. What the hell? What a shitty character development.»

Man, I think Isayama was forced to change the ending. It's current shit. There is no connection between pre-123 and post-123. What the hell? What a shitty character development

«They destroyed the story and the character development. Well done, another great trash story»

«You read the pirated manga and harass the people involved. Why are there so many foreigners? Now I understand that most countries have higher crime rates than Japan and don't obey rules and manners.»

Read pirated copies and harass those involved. Why are there so many foreigners? I understand that most countries have higher crime rates than Japan and do not obey the rules and manners.

The editor reported a variety of comments, but eventually You have decided to close the reply option for your final posts, like one he was promoting some of the franchise's products to.

For his part, Isayama began to publish the manga in the magazine Bessatsu Shonen magazine from the publisher Kodansha The publisher published the thirty-second compilation volume on September 9, followed by the thirty-third on January 8. The play ends with the episode on April 9th ​​in Japan.

The final season of this adaptation premiered in Japan at the end of the Fall 2020 season (October-December) while arriving in Latin America via the platform. Crunchyroll and individually to Mexico Funimation with Spanish synchronization. This last season was planned with a total of 16 episodes, but confirmed a second part for the winter season 2022 (January-March).

A century ago humans were threatened with extinction when an unbeatable and terrible enemy emerged: the titans, gigantic monsters that devoured much of humanity and forced the few survivors to lock themselves behind high walls. Behind these walls stands Eren Jaeger, a boy who dreams of crossing them to see the outside world and who lives his everyday life with his parents, his adoptive sister Mikasa Ackerman and his friend Armin Arlert.

One fateful day, however, humanity remembers its fate when a gigantic 60-meter titan appears in front of the first row of walls, protecting people from their most formidable enemy. So Eren, Mikasa and Armin lose their home and all hope, while our protagonist takes an oath: His goal in life will be to destroy all titans. Thus begins a story of survival and war in which its characters must solve the mystery behind the existence of these terrible beings. 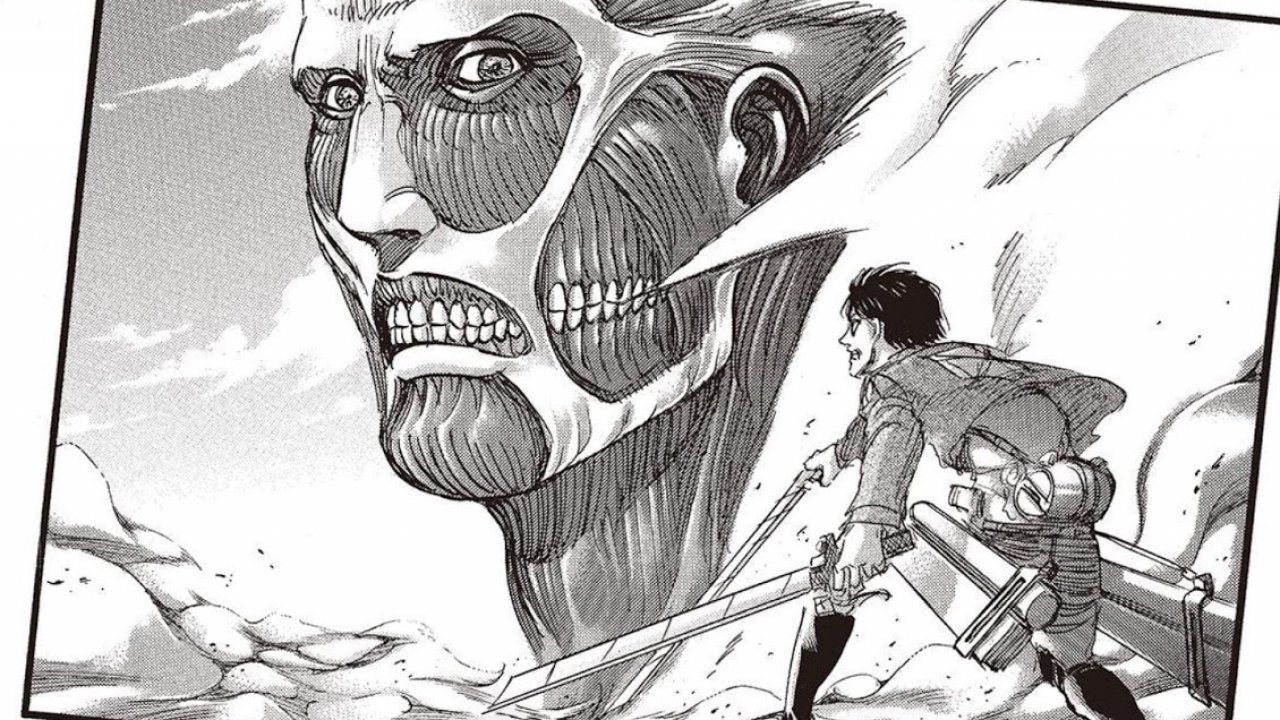 Hige wo Soru. Soshite Joshikousei where Hirou reveals the details of his first Blu-ray