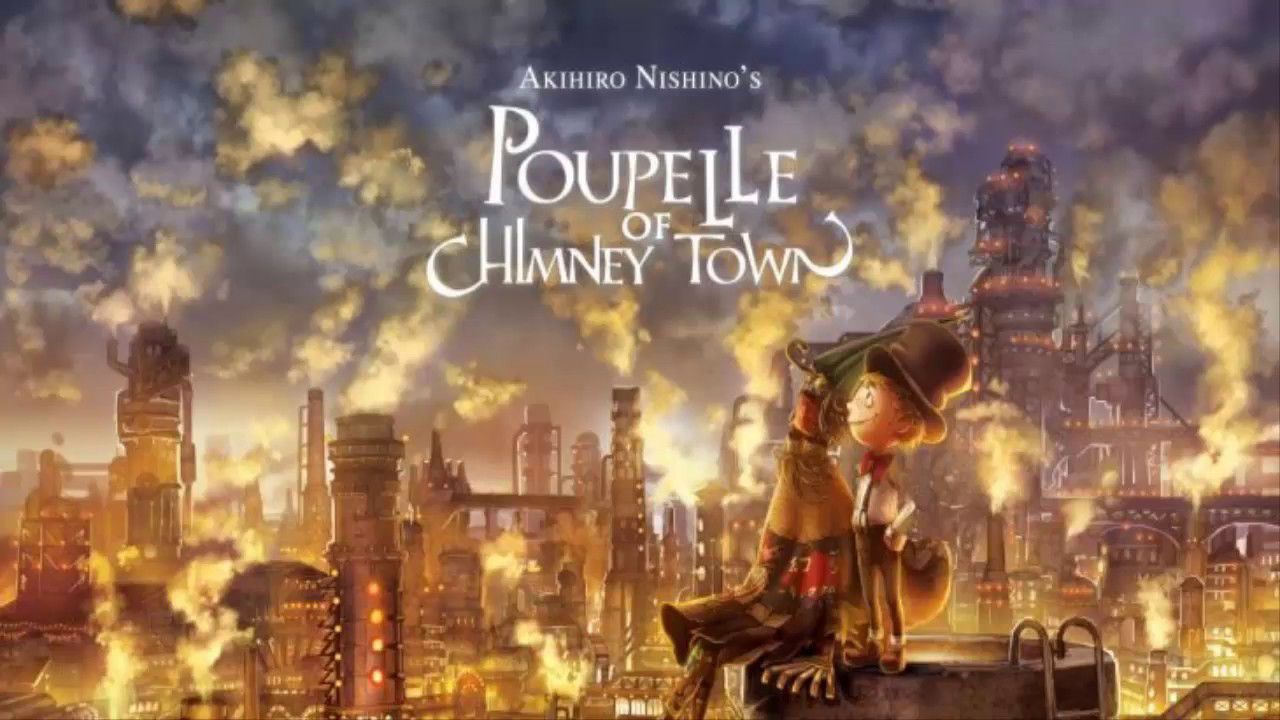 A year and a half after the success of Children of the Sea, the guys from Studio 4 ° C are ready to return to the cinema with a new anime film: Poupelle from Chimney Town. The film from Akihiro Nishino's illustrated book will premiere on Christmas Day and was recently shown in the first official trailer.

The video confirms the release date and expects the presence of two songs, "Halloween Party" by HYDE and an unreleased track created by the Talents Lozareena. Below is the first key visual showing Poupelle (the tin man played by Masataka Kubota) and the young Lubicchi (Mana Ashida).

The story takes place in a gray city that is surrounded by a 4,000-meter-high wall that is wrapped in a sad blanket of fog and smog. Due to the quality of the air, none of the residents have ever managed to see the stars, and young Lubicchi wants to be the first to do so. On the night of Halloween, the child will meet a mysterious being who will help him to fulfill his dream.

The work is quite famous in Japan and has already inspired a musical and several paper adaptations. The anime is directed by Yusuke Hirota, former director of the Berserker film trilogy, and according to the studio by It will be pleasant both for those who have read the book and for those who have never had the opportunity to discover the story of Poupelle and Lubicchi.

What do you think about it? Are you inspired by this trailer? Please let us know by leaving a comment in the box below! In the meantime, we'd like to remind you that Pokémon Coco, the 23rd movie in the world's most profitable franchise, will also be released on the same day.