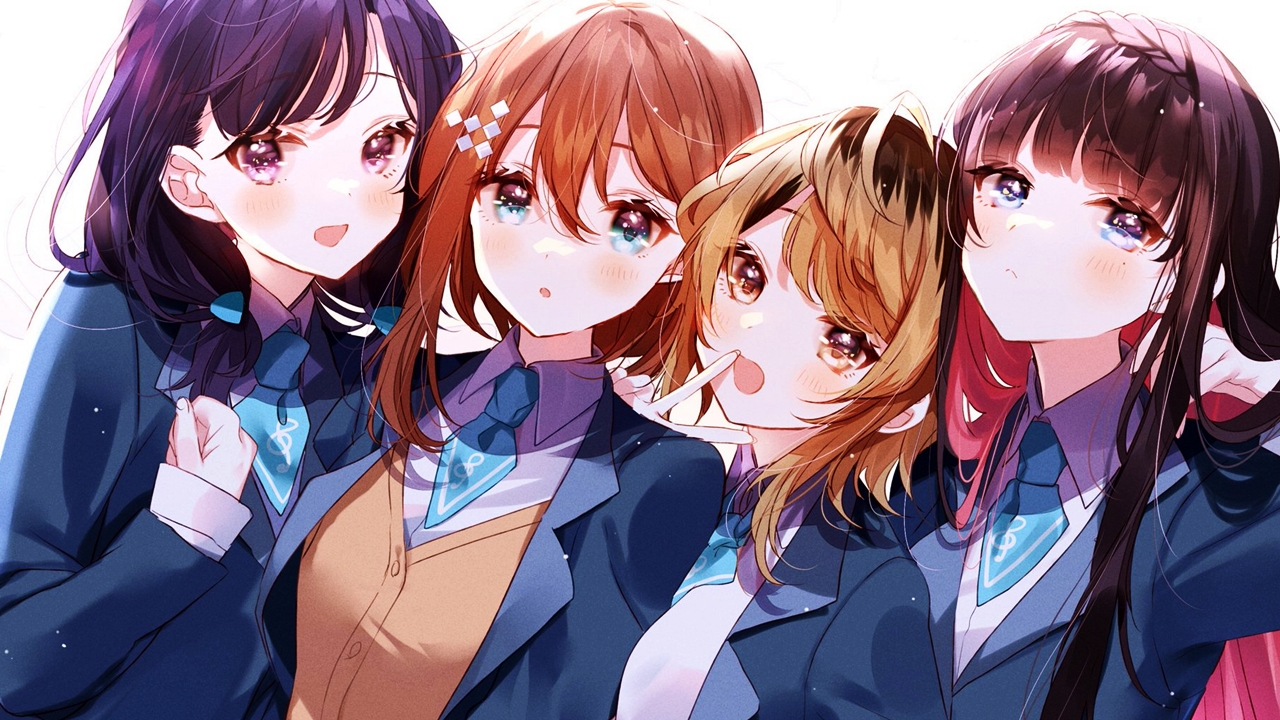 The project began its activities on November 16 through various social media services in Japan such as Twitter, Instagram and TikTok. An official YouTube channel has also been launched.

On the other hand, the multimedia project includes an anime series that will air a new episode every two weeks from the end of December this year. The series will have twelve episodes of about twenty minutes each.

While the main story of the project is told through the animated series, the characters will post on updates and videos in real time via social media. In addition, the project will be expanded to include other activities such as radio programs and live-action programs with voice actors, as well as concerts and live events, without being limited to animated or real productions.

Left to right and top to bottom:

Taiban! is the story of four girls from the Hakumai Ladies Academy who form the Light Music Club of this Hokkaido preparatory school. They decide to form a female band and strive to win the largest student music competition in Japan known as "IF".