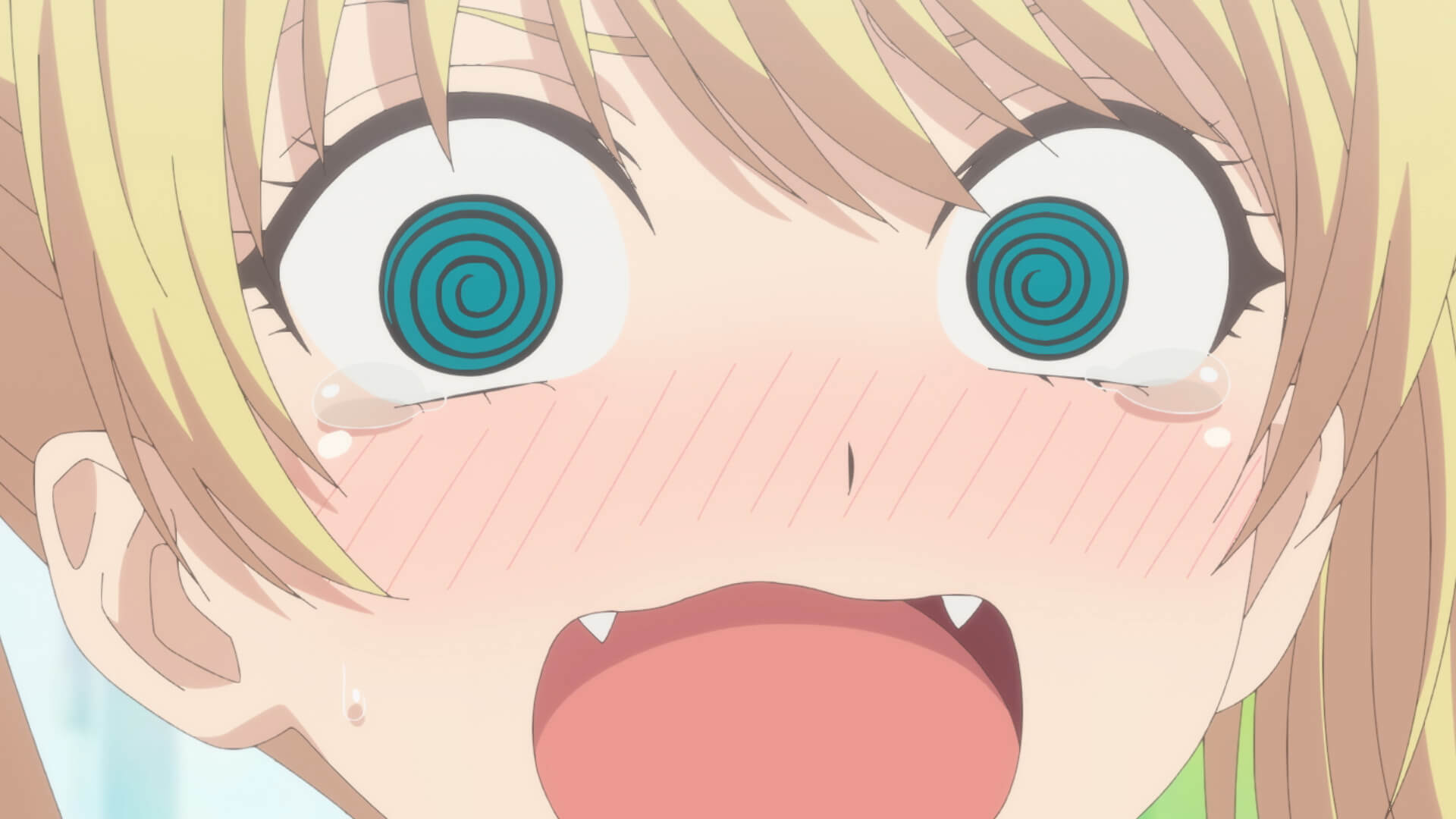 Rika becomes more and more active in front of Naoya and is always looking for time with him to be able to talk. However, since they are in different classes, you can only do this during breaks and class changes. Which further arouses the insecurities of Saki, who heard her agree to be in love with Naoya. Therefore, after Rika's closeness and physical contact with Naoya, Saki decides to be with him at school all the time. Even during class.

Naoya understood that Saki could feel lonely for the short time they spend together without Nagisa, so she agrees to spend the day with her, but in a much more direct way, to sit in class together while Saki is up sitting on her lap. However, that day they had physical education so they had to change, something that would separate them. So Rika wants to take advantage of the short time of separation, but Saki doesn't want to give her a chance, so she takes Naoya with her to an empty room to change clothes with him while she takes care of him.

At the end of the day, at home, Nagisa agrees to be jealous of the opportunity Saki had so close to Naoya all day. So Saki also agrees that Naoya will hug Nagisa. But he wants Saki to see her so that Saki doesn't feel uncomfortable. After the physical interaction between Naoya and Nagisa. Naoya mentions that she thinks Rika is in love with him, which Saki is hiding from her by lying to her with Nagisa's help.

Throughout the anime, Saki has shown her insecurities about her relationship with Naoya in one way or another. Some that I think are pretty good are without the need to be in a relationship Polyamory. For example in Kanojo mo Kanojo - Chapter 8 shows her insecurity that her boyfriend will fall in love with someone else. Something that, even though it has already been presented on the screen, is in previous episodesEven more than often, it is something I sincerely like that she continues to feel insecure.

I sincerely believe that the characters' feelings are portrayed very well. Especially since I think that each of the heroines has their own distinctive touch, but that together they could represent the feelings and thoughts that a single character could have in many other animes. Especially anime, in which the genre of romance have a lot more meaning and / or seriousness.

In addition, one speaks of the "seriousness" of the romance At Kanojo mo Kanojo. I feel like it's thanks to that comedy It's so absurd in this anime that a "fragmentation" of the thoughts, feelings, and insecurities that a teenager has can be portrayed in this "natural" way.

Once again, the animation has lost quality in this anime. Although, strangely enough, I got the feeling that it contained other interesting moments as well. For example, when Naoya hugs Nagisa, I felt that Saki's movement animation had a flowing movement. Aside from the quality of the drawing wasn't very good, I think it was the worst thing in Kanojo mo Kanojo - Chapter 8.

If I had to pick one of the two as the lowest or the "worst" I would think without hesitation that it would be the one that has to do with the characters' movements. I think there are times when they decide to use a motion animation style that wasn't necessary in this scene. Sometimes it's better to keep things simple and not want to show too much.